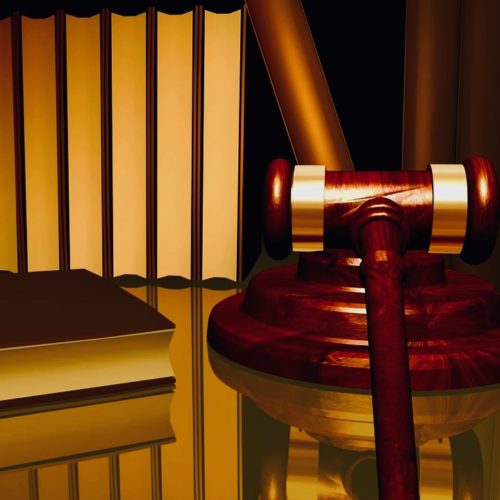 An Ohio State Representative has decided that President Trump should stand trial at The Hague for “crimes against humanity.”

“Rep. Tavia Galonski tweeted in response to Trump’s remarks, “I can’t take it anymore. I’ve been to The Hague. I’m making a referral for crimes against humanity tomorrow.”

“Today’s press conference was the last straw,” the Democrat added. “I know the need for a prosecution referral when I see one.””

Isn’t she so cute??!! Galonski takes to social media and calls for President Trump to stand trial all because he is advocating for the use of hydroxychloroquine combined with a Z-pack or azithromycin itself.

According to her, and far to many other Democrats and media, President Trump is irresponsibly advocating for a drug course that leaves way too many side effects.

“Dr. Megan L. Ranney, an emergency physician at Brown University in Rhode Island, said in an interview on Sunday night that she had never seen an elected official advertise a miracle cure the way Mr. Trump has.

“There are side effects to hydroxychloroquine,” Dr. Ranney said. “It causes psychiatric symptoms, cardiac problems and a host of other bad side effects.””

Here’s the thing with those side effects, which I am NOT discounting. Is refusing to administer a drug course for a seven or ten day period really warranted? What is the percentage of those over the history of this drug who actually EXPERIENCED those side effects? The media and “experts” like Dr. Ranney aren’t addressing that part of the equation.

Here’s something else that Rep. Galonski and other “experts” along with too many in the media don’t care to report. An international poll of 6,227 medical professionals around the world found that they DO want to have the ability to prescribe hydroxychloroquine!

Here’s the deal with Galonski’s call for a trial. She is lambasting President Trump for his supposed irresponsibility in touting a medicine that is showing promise. She is also discounting his pointed references to the fact that NO, we absolutely do NOT have time to spend the next few months/years setting up control groups to run tests and perhaps maybe someday we’ll find that it works.

It is battlefield medicine right now, and Galonski wants to ignore the very real fact that there is evidence that it helps and is being made available.

Please tune in to my updates this week where I’ll be discussing details on emerging data! pic.twitter.com/5AA2DbvPKo

"Elected Official Thinks Its Better To Die From A Virus Than Maybe Suffer Potential Side Effects Sometime In The Future. Maybe."

What Galonski and the Democrats/media ALSO want to hide from everyone is that this drug has been FDA approved for decades!

Galonski wants to put Trump on trial while willfully ignoring the very real culprit in this mess. China. Yes, I’m pointing the finger of blame at that country.

Furthermore, China has shipped defective masks, tests, and medical equipment to multiple countries over the last few weeks. If I were in NYC right now and was told ventilators from China were on their way, I’d say HARD PASS instead of kissing their ass like Cuomo is.

Not only that, but China is demanding that states issue resolutions PRAISING China’s response to the Coronavirus issue. Wisconsin State Senate President Roger Roth was having NONE of that, and wrote a resolution saying the exact opposite.

China is also going after media that calls out China’s handling of this crisis and wants retractions. Tim Blair fisked their demand and it is well worth your time. A sample:

“So what is the real motive behind your attempt to repeatedly link the virus to China and even stating that the novel coronavirus was “made in China”?

Our motive is accuracy. That’s why we don’t link the virus to Bognor Regis or state that it was “made in Panama”.

The people of Wuhan made a huge effort and personal sacrifice to stop the spread of the epidemic.

Wuhan’s Dr Li Wenliang indeed made a huge effort to warn people about the coronavirus outbreak. Then, as the New York Times reported: “In early January, he was called in by both medical officials and the police, and forced to sign a statement denouncing his warning as an unfounded and illegal rumor.”

Read it all and realize that China will NOT stop playing games.

U.S. companies are finding out they don't own their own factories in China. When they tried to export THEIR medical equipment, the Chinese government stopped them: https://t.co/TgnCkfHJMP @nypost

They unleashed a virus and are sitting back watching the world implode.

Yet the United States is fighting hard on the front lines and behind the scenes on multiple levels.

We are in hard times right now. And it could get worse before it gets better. Rep. Tavia Galonski’s call for President Trump to stand trial at The Hague while purposefully  ignoring China’s role in flooding the world with this virus is downright idiotic and irresponsible.