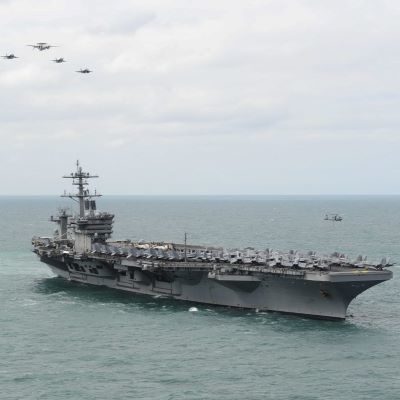 With the tri-state area now the largest “hot spot” for the Wuhan* coronavirus, Governor Andrew Cuomo is taking a moment out of pounding the table to tweet the praises of Xi Jinping’s Ministry of Truth.

We finally got some good news today.

The Chinese government helped facilitate a donation of 1,000 ventilators that will arrive in JFK today.

Really, Andy? You haven’t even received these “donated” ventilators and you are moved to praise the communist government responsible for this pandemic?

“Thanks for giving me the fire extingusher after lighting my house on fire, China!”

There’s an overlooked reason why hospitals treating COVID-19 patients are so short of protective gear. In January, just before the pandemic hit the United States, a key distributor recalled more than 9 million gowns produced by a Chinese supplier because they had not been properly sterilized.

Thousands of testing kits and medical masks are below standard or defective, according to authorities in Spain, Turkey and the Netherlands. […]

Dutch officials said that the masks did not fit and that their filters did not work as intended, even though they had a quality certificate […]

It announced it had bought hundreds of thousands of tests to combat the virus, but revealed in the following days that nearly 60,000 could not accurately determine if a patient had the virus.

Turkey also announced that it had found some testing kits ordered from Chinese companies were not sufficiently accurate, although it said that some 350,000 of the tests worked well.

Even before the Wuhan* virus, President Trump has often talked about decoupling from China and moving manufacturing back to the United States. Now China is openly discussing taking advantage of the pandemic to consolidate their power …

For three years, the Trump administration has been trying to pressure China to stop its economic aggression and unfair trade practices, using tariffs, negotiations and measures to protect US industries. Beijing has hated this strategy from the start and only reluctantly struck a “Phase One” trade deal that addresses few of these issues. […]

Now, several Chinese government agencies and officials are talking publicly about how China can take advantage of being the first country to start recovering from the novel coronavirus (because it was the first country to contract it) to take over the industries of the future.

“They have a post-virus strategy, and it is already underway,” said Nate Picarsic, co-founder of Horizon Advisory, a consultancy that tracks Chinese government and economic activity.

Horizon issued a new report Sunday, drawn from official Chinese government and media sources, that spells out how Beijing is planning to use the downturn in Western economies to its benefit. China intends to seek out more foreign direct investment, seize market share in critical industries and try to stop the West from confronting its bad behavior.