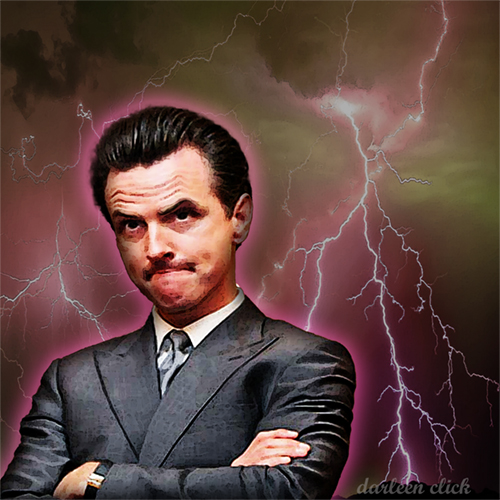 Gavin Newsom, who is attempting a run for President, is ticked off because the Democrat messaging isn’t working.

California Gov. Gavin Newsom (D) said Democrats are getting “destroyed” on messaging and “crushed on narrative” with the November midterms less than a week away.

“We’re getting crushed on narrative. We’re going to have to do better in terms of getting on the offense and stop being on the damn defense,” Newsom told CBS News chief Washington correspondent Major Garrett in an interview that aired Wednesday.

Furthermore, he also is insistent that political rhetoric has reached dangerous levels. Meaning the GOP is at fault for the attack on Paul Pelosi.

Let’s examine just a few reasons as to why Gavin and the Democrats are getting crushed on their messaging.

The Democrats have completely chosen to die on this hill. They 100% believe that abortion is THE MOST important issue to all voters. They’ve been campaigning on that issue since late June, even as poll after poll tells them otherwise.

Defund the police. Award the criminals! That’s their message and, even as the people harmed the most try to tell them otherwise, Democrats shake their head in pity and continue barreling down the path of coddling criminals.

Unions consistently advocated for schools to stay closed. The DOJ and FBI targeted and are still targeting parents who are speaking up at school board meetings about the problems with school curriculum. The Democrats believe that bringing the tenets of critical race theory in, allowing books in the libraries that are so overtly sexual that they cannot be read out loud at said school board meetings are perfectly fine. Teachers unions also refuse to believe their stance on the lockdowns forever has led to the most horrendous learning loss this country has ever seen.

Yet, Randi Weingarten is stumping for Gretchen Whitmer in Michigan, and is going to campaign on Kathy Hochul’s behalf in New York City.

That has hit everyone hard. Except, apparently, Democrats and the media. They keep insisting that none of this is really bad. They insist that those high prices at the grocery store and gas pump really aren’t a very big deal.

That’s about $25 per tank difference and I live where we drive places because there is not a public transit option.

Add to gas prices the increase in food, property taxes etc and wages not keeping pace, that’s a problem.

Except they are, to all of us, especially seniors. Oh but wait! We are supposed to cheer for seniors now that the Biden Administration has magically increased Social Security payments.

I have been on Twitter since 2010. I have never seen a Democrat fact checked ever. Let alone the president. This is amazing to see and was so devastating Biden deleted the tweet. pic.twitter.com/9TGaVdaCfB

Yes, the tweet was deleted. Major messaging FAIL right there. Furthermore, the COLA increase to Social Security won’t help seniors right now, nor next year when the actual increase takes place as inflation rates are higher than the actual increase is! Additionally, the Fed has just hiked interest rates by another 75 basis points, and all the Democrats can do is blather about Biden, abortion, and rhetoric.

The polls are showing a swing towards the Republicans and the Democrats, Newsom included, fail to realize that a key reason for this is BECAUSE of the Democrat messaging failure. How big of a failure? This WSJ poll was a jaw-dropper.

Voters lack confidence in President Biden’s economic leadership, with only 27% saying his policies have had a positive impact on the economy and 54% saying they have had a negative impact. A majority of voters—55%—disapprove of Mr. Biden’s overall job performance, compared with 43% who approve.

The GOP has seen a shift in its favor among several voter groups, including Latino voters and women, and particularly white suburban women. That group, which the pollsters said makes up 20% of the electorate, shifted 26 percentage points away from Democrats since the Journal’s August poll and now favors the GOP by 15 percentage points.

Want to know another reason why the Democrats messaging has been a failure? Look no further than this has-been.

According to Hillary, it is Republicans who are violent, not Democrats.

Again, the Democrats went all in on beating the one-note drum. It was abortion all the way! Messaging that they were absolutely positive Americans wanted and needed to hear.

When asked what is the most important issue, the most common response is “the economy” or “inflation.” Relatively few voters mention abortion or threats to democracy as some commentators, like David Brooks, have observed: “Democrats were counting on abortion rights to be a big issue, gaining them broad support among female voters. It doesn’t seem to be working.”

The problem is, those who actually VOTE aren’t the fringe leftist lunatics. Instead, they are rational reasoned people who look at the economy around them, look at their budgets and paychecks, see what their kids are and aren’t accomplishing in school and then consider their votes accordingly.

No matter what Hillary says, Americans DO understand what is at stake for these mid-terms. It isn’t abortion, far from it. And that is why the Democrat messaging is such an abject failure right now.