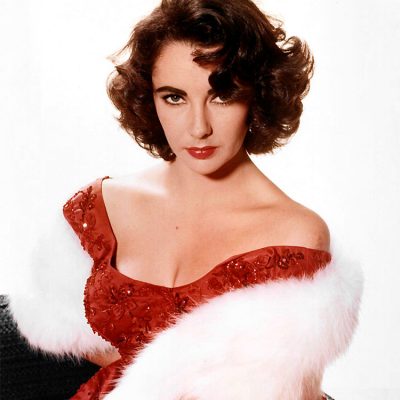 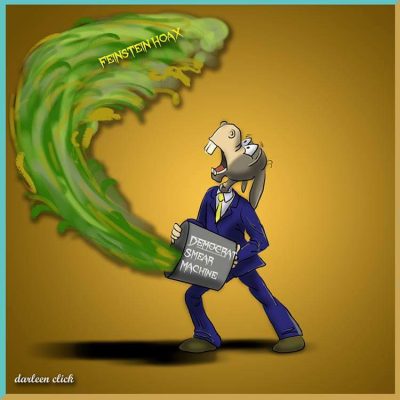 Next post
Senator Goes Nuclear on DiFi over Kavanaugh 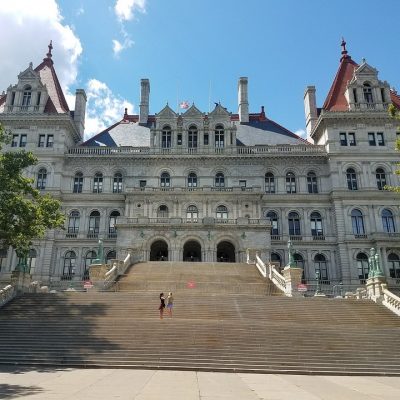 It was a mixed bag for Democratic Socialism in New York state last night. The governor’s race was just as much a blowout for incumbent Governor Andrew Cuomo as had been predicted, but credibility-handicapped state candidate Julia Salazar managed to get a win in her district for the state senate.

So, is this really a win for Democratic Socialism? Not really, considering they had their eyes on the big prize – the governor’s mansion – and instead have to settle for picking off state legislators.

Cynthia Nixon’s candidacy had been complicated by the fact that she was famous and she knows how to repeat lines, and she didn’t back off during the one gubernatorial primary debate. However, she isn’t exactly a “woman of the people,” given that she made quite a lot of money as a Hollywood actress and now feels the need to redistribute everyone else’s money.

And she has questionable tastes in food.

.@CynthiaNixon attempts to justify a cinnamon-raisin bagel w cream cheese and lox: “That’s my go-to … I t’s not uncooked oatmeal but it’s pretty delicious and I say — don’t yuck my yum. Don’t knock it til you try it … sweet and salty, it’s an unbeatable combination.” pic.twitter.com/mGk1qiUY5L

Tongue firmly in cheek, this might have cost her some votes.

Regardless, Nixon was pushing and promoting the “get out the vote” efforts, in hopes that it would drive her to an election win.

New York State has some of the lowest voter turnout in the entire country. That’s not accidental. It’s a deliberate strategy that keeps working people out of the voting process in order to keep incumbents in power.

We need to make it easier to vote, not harder.#FixDemocracyNow pic.twitter.com/vDpRWCakSp

However, a governor’s race means that the whole state votes. And, according to the New York Times county-by-county election map, Nixon just got blown out.

And it was pretty bad in New York City, too.

Cynthia Nixon's only real base in New York City was liberal whites. Cuomo easily won African-American and Hispanic communities. He won every borough, with Manhattan being the only relatively close borough. #NYGOv #NYPrimary #NYCVotes pic.twitter.com/5aqZbQC6iA

Here's a comparison of the #NYGov and Lt. Gov. primaries. Jumaane Williams ran considerably better than Cynthia Nixon in NYC (winning it by 8%, while she lost it 2:1). Williams did worse upstate, though, as he was running against LG Kathy Hochul (from Buffalo). #NYPrimary pic.twitter.com/4k7rg1pjbF

But once it was all over, the Nixon campaign blamed… large voter turnout. Wait what???

“Sure, just send it out already" pic.twitter.com/AOM8zS9zqT

“AOC” in this case is leftist upset darling Alexandria Ocasio-Cortez, whose surprise primary win was supposed to usher in a new blue wave of Democratic Socialism! Well… not so much at the state level. Liberal activist Zephyr Teachout, who appeared with Cynthia Nixon in campaign rallies, also lost in a big way statewide in the Attorney General’s race.

In fact, the only winner of the Democratic Socialism camp last night was Julia Salazar, who unseated a Democrat incumbent for a spot in the state senate. She will win the general election because she is running unopposed. However, Salazar comes with some significant baggage and a loose relationship with the truth.

The 27-year-old first came under scrutiny last month when the online magazine Tablet reported that, contrary to her claims of being an immigrant from Colombia who struggled financially, Salazar actually was born in Florida and had hundreds of thousands of dollars in a trust fund.

The magazine also questioned Salazar’s political and religious transformation from a Republican, anti-abortion Christian to a hard-left, Jewish Democrat during her years at Columbia University. One group revoked its endorsement after learning Salazar hadn’t graduated from Columbia, as she said on its survey.

In response to the report, Salazar said she “inadvertently misrepresented” her history.

Scrutiny of Salazar became more intense when Tablet published a follow-up report detailing her 2011 arrest over accusations of bank fraud by the estranged wife of a famous neighbor, former New York Met Keith Hernandez. Salazar was not prosecuted and later sued Hernandez’s wife, Kai Hernandez. Salazar claimed Kai Hernandez was trying to frame her because the woman erroneously believed Salazar was having an affair with her husband. Kai Hernandez settled the lawsuit for $20,000.

However, the admitted lies weren’t enough to deter the Brooklyn voters.

Apparently lying about almost every single aspect of your background wasn't an issue in that district. https://t.co/pFl4jIMnbF

What a political world we live in.

The takeaway from this primary cycle in New York? It isn’t Vermont yet, where Bernie Sanders can win a statewide election, but it’s inching ever closer to trying.

On the surface, it seemed like a triumph for the establishment. Mr. Cuomo coasted. Lt. Gov. Kathy Hochul won (albeit narrowly). Letitia James, Mr. Cuomo’s choice for attorney general, carried the day, too.

That is because six of the eight members of the rogue Independent Democratic Conference were felled on Thursday, including their leader, Jeffrey D. Klein of the Bronx. The results represented an almost once-in-a-generation upheaval for a capital city where change can cause allergic reactions.

“We will not tolerate the same old way of doing politics,” said Alessandra Biaggi, who defeated Mr. Klein. “Enough.”

Democrats must still pick off at least one Republican seat this fall to seize the State Senate majority. But if they do, the party will be represented by a drastically different cast of characters.

“Some of the elements that won’t be around anymore were sources of division,” said Senator Michael Gianaris of Queens, who feuded with Mr. Klein. “It should be more unified.”

Yes, New York is still royal blue, run by an establishment Democrat family dynasty. It won’t be changing anytime soon – unless the color of red that starts to seep in is that of the socialist shade. But will Democrats be more unified? HA. Those like Salazar are going to feel more emboldened as time goes on and they push harder left. If those Democrats thought that the ones who just got defeated in the primary were “sources of division,” then they have no idea what is coming for them.