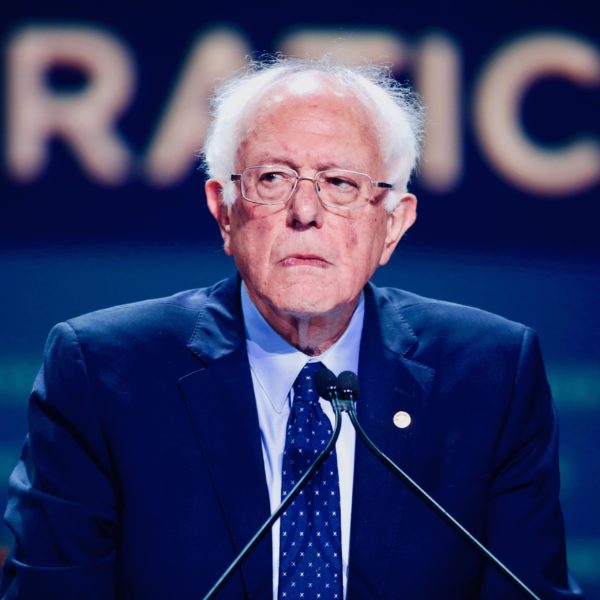 The Nevada Culinary Union is not a fan of Bernie Sanders. In fact, the union seems to be actively campaigning against Bernie in advance of the Nevada caucus later this month.

NEW: In a new flyer, @Culinary226 warns members that @BernieSanders would "end" their much-loved union health care. The union has not announced whether it will endorse, but the flyer appears to be part of a coordinated campaign ahead of the caucus. https://t.co/jCdAbjHfyd

Evidently not all unions love all Democrats.

“The Culinary Union, which provides health insurance to 130,000 workers and their family members through a special trust fund, strongly opposes Medicare for all on the basis that it would eliminate the health insurance they have negotiated for over several decades. Health insurance provided by the Culinary Health Fund is considered to be some of the best in the state, and the union even opened a 60,000-square-foot state-of-the-art health clinic a couple of years ago for its members.

The union, considered an organizing behemoth in the Silver State, has been known to tip the scales in elections in the past. Though the 60,000-member union has not yet decided whether it will endorse in the Democratic presidential primary, the flyer appears to be part of a coordinated campaign ahead of Nevada’s Feb. 22 Democratic presidential primary and shows the union will not be sitting idly by, with or without an endorsement.”

You know, I don’t blame them for opposing Bernie’s Medicare For All plan. First of all, he has NO idea of what it will cost and steadfastly refuses to answer questions as to how it will be implemented, and who will reap what benefits. The more he refuses to answer those questions, the more that people realize this his government run healthcare will be the ruin of us all.

It seems the Nevada Culinary Union has been doing their research and Bernie is not their guy. As a matter of fact, neither is Lizzie “Liarwatha” Warren.

The flier, which is printed in English and Spanish, is quite …blunt.

Looking at the responses to the above tweet, it seems that not all are on board with the union’s stance. Then again, I’m not sure if some of the responses are by Culinary Union members, so take it all with a grain of salt.

That said, the flyer is highlighting that not all are on board the Bernie train, not all are fans of “Liarwatha” and that the Democrat party divide is getting wider and deeper.

So the candidates need to stop fighting with each other if they are going to succeed in November? Nah… they need to keep duking it out. The more stupid stuff they say, the more that Bernie yells at rallies and refuses to answer how all his programs will be paid for, the greater the unease from moderate Democrats.

Keep in mind, the union’s flyer doesn’t endorse any one Democrat candidate over the other. Furthermore, the union itself hasn’t indicated if there actually will be an endorsement down the road.

“We always lay out facts to members. That’s our responsibility,” she said in a text message, adding that union members will make the ultimate decision.

“Everything in the leaflet is what we have told each candidate. They know what our message is,” she said.”

Looking again at the flyer, the message is pretty clear. The union is indicating that they lack confidence in eBernie AND Liz to look out for ALL the interests of the union, specifically healthcare.

As Amanda noted, Buttigieg and Klobuchar are current front-runners after New Hampshire. Yet, the Democrat party is in a shambles. Why else would James Carville come out of the woodwork and try to right a sinking ship? Tom Perez is refusing to resign after the debacle called the Iowa Caucus, and now a major union with considerable weight, sends a strong signal that Bernie very well might lose Nevada.

The Democrats are getting nuked from orbit, and they don’t seem to realize it.

The Nevada caucus will be one to watch. When a major union signals they don’t like the socialist candidate, the odds makers in Vegas are probably having a field day. Will the “don’t call it an app” work? Will Bernie prevail against the Nevada Culinary Union? Will Lizzie get even 10% of the vote? Stock up on popcorn folks and get ready for the show!