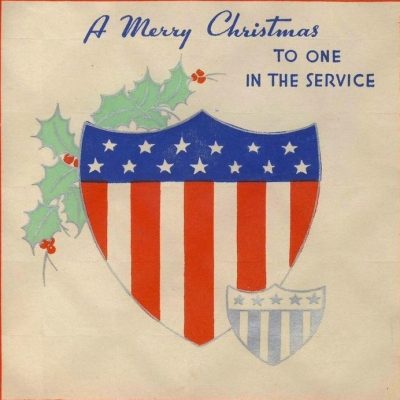 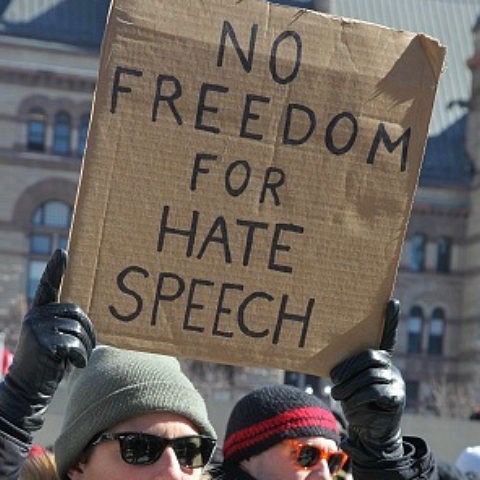 by Nina Bookout in Headlines 20 Comments

The freedoms we enjoy in this Republic are under attack now more than ever. Case in point, this lovely little gem from NBC News making yet another case for limiting or abolishing our First Amendment rights because ..NAZIS!

Is the First Amendment too broad? The case for regulating hate speech in America

Seems that two law professors from the University of Alabama, Richard Delgado and Jean Stefancic, aren’t fans of Nazi protestors and have written a book.

In their new book “Must We Defend Nazis?: Why the First Amendment Should Not Protect Hate Speech and White Supremacy,” they argue that in fact regulating hate speech would make the United States a fairer, more equal and less hateful place.

According to them, these are the high points as to why our 1st Amendment rights to Free Speech must be limited. 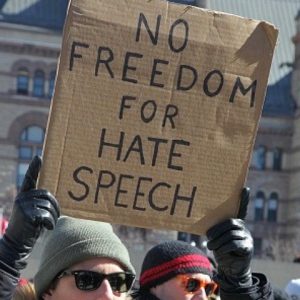 The ACLU is bad because they say that the Nazi’s right to free speech must be defended.

Delgado says that free speech rights never protected black people in this country, especially activists of color. Martin Luther King would laugh his ass off at that one.

Hate speech hurts marginalized people, especially all those peaceful protestors being prosecuted for their attendance at the Trump Inauguration protests.

They claim that regulating free speech will NOT send us down the path to totalitarianism, but instead do the opposite.

If the U.S. would “properly” recognize and deal with the dangers of hate speech, we’d look like France, Germany, or England instead of George Orwell’s 1984! 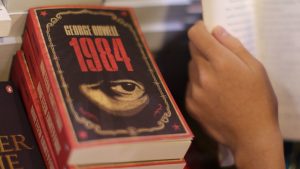 Well guess what? There are many MANY people who disagree with Berlatsky, Delgado, and Stefancic.

First of all, what they are advocating is hate speech regulated by the listener. As we’ve blogged about here, far too many butt hurt SJW snowflakes are the first to throw tantrums if they hear something from someone they don’t like. Prime example, the stupidity of the protests against Ben Shapiro’s speech at Berkeley.

Secondly, people operate off their own assumptions. Therefore what one individual hears can be interpreted very differently by everyone else.

Third, those who live by the premise that anyone who disagrees with them is practicing ‘hate speech,’ this type of regulation won’t end well for them or anyone else.

Fourth, those who will advocate for this are many of the same folks who will make excuses for terrorism, and think socialism is peachy keen!

Fifth, Exactly who will regulate whom and who defines what speech is hate speech?

What about the Imams preaching death to America here in our own Country. If we are going to trample on free speech why not start there? It would be a bad precedent to set narrowing #1A
I don’t agree with #Nazis #BLM #Antifa #KKK however they have the right to say it.

Rosie O’Donnell just got into an incredibly crass and vulgar Twitter match against Ben Shapiro. As many have pointed out, Twitter didn’t ban her for her vulgarity and threats, but many others have been banned by Twitter for lesser offenses.

According to those two authors and Berlatsky, hate speech must be regulated MOAR and our 1st Amendment rights have to be curtailed because NAZI idiot protestors hurt someones FEELZ. Wanna bet they have exactly ZERO problems with Rosie’s hateful vulgarity?

Limiting speech didn’t make the colonists lives more equal and fair. Quite the opposite.

Speech limitations meant the opposite of equal and fair in China as was demonstrated by the courage of those in Tianamen Square.

Basically the authors’ premise is this: The Bill of Rights is only great when we say it’s great. We’re happy to throw it overboard when it gets inconvenient and doesn’t fit our socialistic world view.

Question to the person holding the cardboard poster in the photo above. If YOU say something I don’t like, that means I can shut your freedom of speech down right? That’s literally what Delgado, Stefancic, and Berlatsky are advocating.

I don’t like Nazis, I don’t like what they say and what they stand for. But taking away their freedom of speech won’t make them hate less, and won’t magically make life fair or equal for anyone.