Previous post
Violence Is Not The Answer in PDX and Seattle

Next post
Democrats in Minnesota Eat Their Own Over Violent Protests 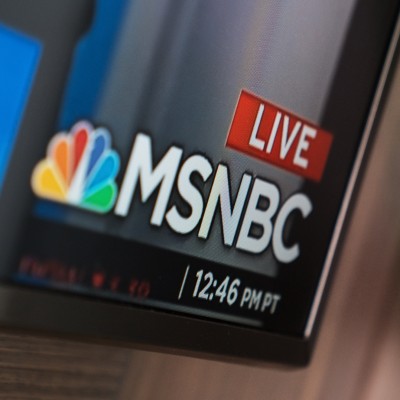 Ariana Pekary used to be a producer at MSNBC. You don’t know her name, but after today, you should. Pekary just quit her job at MSNBC, and she pronounced the death knell over the state of journalism on the way out.

It's not the optimal time for change but the time doesn't feel optional, anymore.https://t.co/HbZo0weiUs

Pekary’s letter, published on her personal website (very much like Bari Weiss did after quitting the New York Times editorial page), reads like a sad obituary rather than a harsh indictment. There is no venom in Pekary’s tone. There is only regret and sorrow that the profession that she loves has allowed itself to become “a cancer” that has caused the death of objective journalism.

It’s possible that I’m more sensitive to the editorial process due to my background in public radio, where no decision I ever witnessed was predicated on how a topic or guest would “rate.” The longer I was at MSNBC, the more I saw such choices — it’s practically baked in to the editorial process – and those decisions affect news content every day. Likewise, it’s taboo to discuss how the ratings scheme distorts content, or it’s simply taken for granted, because everyone in the commercial broadcast news industry is doing the exact same thing.”

But behind closed doors, industry leaders will admit the damage that’s being done.”

“We are a cancer and there is no cure,” a successful and insightful TV veteran said to me. “But if you could find a cure, it would change the world.”

Pekary goes on to detail how the pursuit of ratings and viral moments and sensationalism has killed any real reporting within MSNBC, and journalism writ large.

Context and factual data are often considered too cumbersome for the audience. There may be some truth to that (our education system really should improve the critical thinking skills of Americans) – but another hard truth is that it is the job of journalists to teach and inform, which means they might need to figure out a better way to do that. They could contemplate more creative methods for captivating an audience. Just about anything would improve the current process, which can be pretty rudimentary (think basing today’s content on whatever rated well yesterday, or look to see what’s trending online today).”

Occasionally, the producers will choose to do a topic or story without regard for how they think it will rate, but that is the exception, not the rule. Due to the simple structure of the industry – the desire to charge more money for commercials, as well as the ratings bonuses that top-tier decision-makers earn – they always relapse into their old profitable programming habits.”

I understand that the journalistic process is largely subjective and any group of individuals may justify a different set of priorities on any given day. Therefore, it’s particularly notable to me, for one, that nearly every rundown at the network basically is the same, hour after hour. And two, they use this subjective nature of the news to justify economically beneficial decisions. I’ve even heard producers deny their role as journalists. A very capable senior producer once said: “Our viewers don’t really consider us the news. They come to us for comfort.”

That last line really sums up what mainstream news – not just MSNBC – has become. There is no informing, no educating, no investigating, no critical thinking required. The news has become “comfort” food. And Pekary simply can’t take it anymore. The thing is, we all know what she is saying is completely true.

Naturally, the mainstream outlets are avoiding her announcement, leaving it to outlets like Fox News and Newsbusters and Twitchy to actually carry her statement to a larger audience. Pekary is also getting applauded on Twitter – by many journalists who probably once considered themselves good liberals, but are increasingly finding themselves “redpilled” and at odds with the religious orthodoxy of the hard left.

“Our viewers don’t really consider us the news. They come to us for comfort.” Note on leaving MSNBC by Ariana Pekary mirrors everything I said about the news business in Hate Inc. – it's now designed to "comfort" and retain audiences, not inform them https://t.co/ggl7pRg6HO

"We are a cancer and there is no cure"

An MSNBC producer explains why she is leaving her job in the middle of a pandemic and presidential contest. https://t.co/mjSqEIt2iQ

Pekary is mourning the death of her industry, but those still involved are happy to carry around journalism’s corpse as if it is Bernie from Weekend At Bernie’s, pretending that all is well. Until there is a wave of people of conscience like Ariana Pekary leaving mainstream media for other, more independent outlets, those who consider themselves our moral superiors in the media will never be forced to confront their own glaring failures. No one likes hearing that they’ve become a “cancer” on the body politic. But the time for “comfort” should be over. Now is the time for others in the media to start their own #WalkAway campaign.

Featured image via Tony Webster on Wikimedia Commons, CC BY 2.0