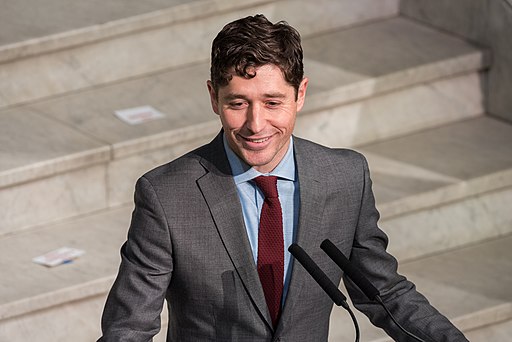 The question of who’s taking responsibility for the current Third World look that some parts of Minneapolis are sporting these days is up for grabs. Locked in an awkward game of political dodgeball are Minneapolis mayor Jacob Frey and Minnesota Governor Tim Walz, both of whom blame the other for the state of affairs in the Land of 10,000 Lakes.

The Minnesota Star-Tribune, well-known as a left-leaning media outlet, published an in-depth report on the infighting Tuesday morning. The article paints an unflattering picture of both men, prominent Democrats who have received national attention for the absolute Festival of Idiocy(tm) going on in the Twin Cities.

Mayor Frey claims that he asked for help from the Governor as quickly as possible, and it was too late in coming. For his part, the Governor’s office says essentially that the mayor did not ask for the right help, and did not ask in the right way.

There is a great deal of back and forth but what it comes down to is the following timeline:

Eight hours later, according to the Star-Tribune, “only 90 National Guard soldiers were on the ground across the Twin Cities. By that time, officers had already evacuated the Third Precinct after it was besieged by protesters.”

The governor’s office disputed several of Frey’s assertions. According to the office: The Governor’s staff told Frey a verbal request cannot be considered an official request for the National Guard; the city’s request did not focus on protecting the Third Precinct; and the National Guard mobilized Thursday morning and was on the ground in the Twin Cities within 24 hours of Frey’s informal request.

The newspaper got copies of the texts and emails in question, and they show that the mayor tried to provide the necessary information. State officials, however, say he didn’t send detailed enough information until the next day.

What prompted this little tiff was Friday’s press conference, in which Governor Walz called Frey’s response during the riots “an abject failure.” He did so with Major General Jon Jensen of the Minnesota National Guard standing next to him. The real kerosene on the proverbial dumpster fire, however, was that Mayor Frey claims he didn’t know the public smackdown was coming, calling it “a hit in the gut.”

With parts of Minneapolis now nearly indistinguishable from war-torn countries overseas, it seems that two of the most powerful Democrats at the state level are hellbent on ensuring the other takes the blame for the chaos.