Next post
Biden Shocked To Learn Being President Is Hard 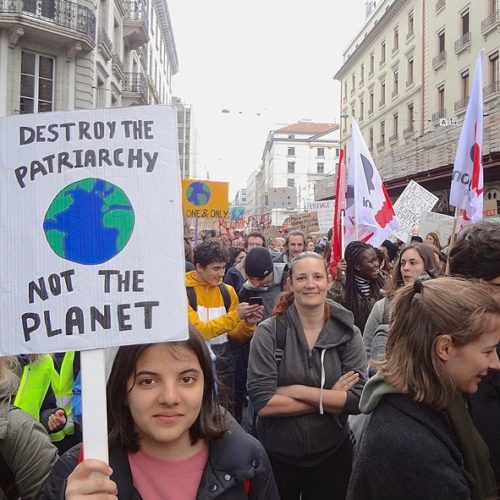 MSNBC hosts say the darnedest things to include Tiffany Cross. In fact, if you are a Conservative woman, you will not want to invite Tiffany to that dinner party of yours.

(Like you actually would.) In fact, if you are a white woman, you may as well forget having Tiffany’s stamp of approval altogether. YOU are part of the problem of the patriarchy. YOU are what is holding this country up in terms of progress. This is only just a segment of the panel hosted last night on The Cross Connection:

I wrote about the reality about when women of color prioritize their gender over their party, they have worked to make this democracy more free and more fair for everybody and, frankly, when White women choose gender over party, it often makes this country less free and less fair for everybody. We know that White women have not voted in the majority as Democrats in a couple of generations.”-Erinn Haines

White women, apparently, did nothing of the sort to improve this over the course of history. Susan B. Anthony, Alice Paul, Elizabeth Cady Stanton and Lucy Stone. All white women who worked to uphold the patriarchy, apparently.

Carmen Perez-Jones commented to Tiffany on the panel as well:

I think we have to understand that patriarchy isn’t only upheld by men. We have to make sure that women of color, and I know that it is not just showing up to vote, but we also need to be encouraged to vote. We need to be well informed. We are the ones that we can trust.”-Carmen Perez-Jones

The group, as a whole, lamented that women are underrepresented in political positions, especially minority women, despite making up a large portion of the country’s population. Huh? Alexandria Ocasio-Cortez, who is now Sephardic Jewish, Hispanic and Puerto Rican, Central American, Indigenous, Taino and Black? Ilhan Omar? Rashida Tlaib? Kamala Harris, anyone? (Earth to Tiffany: she’s the VP of The United States!)

Tiffany Cross really thinks she is providing thought-provoking intellectual commentary when in reality, this talking head is continuing to fan the flames of racial division. The icing on the cake? Bringing in a “show regular”-a WHITE woman to tell other WHITE women who actually watch the trash on MSNBC how WHITE their actions are. Enter Lucy Caldwell:

A real problem is that Republican women are in this mode, specifically white women, where, in a way, they do benefit from the patriarchy. And so, they are feeling, or participating in the same kind of story of economic insecurity or, uh, a right or privilege they believe their white husbands and sons and fathers deserve is going to a person of color, right? So they have stake in the old paradigm and it’s harmful. They also…at the same time, it’s…it’s good to be a white woman because white women also benefit from the progress that the Democrats have worked to assure for white women.”-Lucy Caldwell

(End clip with lots of LOLs between Lucy and Tiffany.)

Oh, Luuuucccccy? Weren’t you a former Republican strategist? Seems you are a white woman who is reaping the benefit of appearing on a race-baiting talk show host’s panel? Here’s a tip for ya, regardless of how much you show up on MSNBC-Tiffany hates you, too. I don’t care how much LOLs you both have shared over the years.

First of all, “The Patriarchy” did not force my hand in filling out my ballot in 2016-contary to Hillary Clinton’s claim. As a white woman, I just could not stomach voting for a white woman who assimilated an southern/urban accent while campaigning. I could not cast my vote for a corrupt white woman who, in effect, enabled the patriarchy to ensue when she was a First Lady and completely ignored the shenanigans of her philandering pig of a husband who jetted off to an island to take advantage of underage girls. “The Patriarchy” did not force my hand in 2020, either, when faced with a choice of another term of Trump or the senile, white, MALE, buffoon who also has done nothing to improve the progress of women.

Tiffany and Lucy want to talk economic security of suburban white women who vote Republican? That’s a laugh and a half! We are, as the narrative goes, motivated to do this because of our “things”, I guess. My second point questions these nutcases: have you ever been to the white, upper-class neighborhoods of America? The gentrified city neighborhoods of America? The exclusive communities of suburbia in America? These WHITE women are predominantly Democrats. They are on your side. They sip their Chardonnay (hell, their WINE is even WHITE) and campaigned for the senile, old relic of “The Patriarchy” who is currently in office. When the economic environments of California and New York have become too volatile, and homelessness and crime have run amok in their beloved liberal cesspools of the big cities, they relocate to small towns in America, citing “quality of life” and “cost of living”. They have MSNBC piping through their living rooms. Their sons will go to prep schools and then on to Ivy League universities because their husbands are legacies and they follow the correct script. Their men they raise will subsequently take home six-figure salaries and vote Democrat. They will put their virtue-signaling signs on their front lawns to tell everyone else in the neighborhood that THEY are superior. These are the white women who are advocating for killing off other minority, less-fortunate females who have the potential for greatness. These are the white women who are advocating for men (who identify as women) to win at women’s sporting events.

Enough of “The Patriarchy”. It’s time to hold women accountable for sure. MSNBC, Tiffany Cross and her panel want to blame white, Conservative women for the shambles our country is in now? The jokes write themselves. Discuss. Pour me a big glass of RED with long legs. Chardonnay is for wussies.