Previous post
Mike Pence May Have Killed His Political Career

Next post
Op-Ed: We Cannot Lose Hope In Our Republic 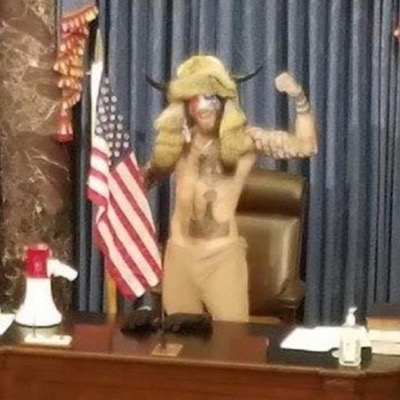 This is what happens when legitimate grievances against the abuses of state power are ridiculed, denied, and ignored. When those with the power to right a wrong turn their backs, retreat, or cower, hiding under black robes. If these protesters trash the Capitol Building this writer wouldn’t shed a tear. For nearly Paladin’s entire life he’s associated that massive, bloated dome of power with arbitrary commands, pointless debate, total venality, predatory taxation, and the self-regard of pompous blowhards.

Here’s looking at you, Mitch. You long ago damaged our republic forever with your craven acceptance of a weaponized left wing that tormented every American within their reach. Not to mention burning down untold numbers of hardworking Americans’ hopes and dreams.

Here’s looking at you, Mitt. Paladin prays you can never take commercial flights again without being subjected to harsh questions. Bush, Cheney, Rove – Paladin regrets ever voting for your gang.

Pence, you can’t run far enough. Your legacy of electoral cowardice will chase you down through history. Watch as the boneless wonder goes full Brutus by sending out donation pleas on behalf of his Caesar, even as he assassinates an election. Yours was the deepest cut.

“. . . (sic) several senators, calling themselves “Liberators”, plotted to assassinate him [Caesar]. They recruited Brutus, who took a leading role in the assassination, which was carried out successfully on 15 March 44 BC. The Senate, at the request of the Consul Mark Antony, granted amnesty to the assassins. However, a popular uprising forced Brutus and his brother-in-law, fellow assassin Gaius Cassius Longinus, to leave the City of Rome.”

Pence, you were spirited out of the Capitol building, now don’t stop.

Paladin withdraws that analogy, as unfair to Brutus. No, Pence – you’ve gone full Benedict Arnold on your country. Alas, he got away with it, as you will.

Paladin applauds this shirtless tattooed baboon who has taken over the seat of power, if only for an hour. Paladin doesn’t know who he is or where he hails from, but he deserves a seat in that chamber as much as any who have stolen the votes required to betray their oath of office. Give him an Intelligence Committee seat or Chairmanship, like Swalwell’s.  Paladin condemns this fool’s Grand Poobah costume.  Fred Flintstone looked better in it.

As Cromwell once observed, “You have sat too long for any good you have been doing. Depart, I say, and let us have done with you. In the name of God, go.”  You Kapital Kriminal Klowns – you’re getting off easy. The scrotum polishers, those spineless Men-in-Black, you’re getting off even easier. Magazine Quislings, death spiral Fox News , the rest of you—spittoon swabbers—your ship has sunk.

Swamp Dwellers pf DC, you have suffered a violated chamber.  Yet by your actions and inactions, by your incompetence and corruption you have wrecked this country. This eruption is no insurrection but a cry of rage by those without a voice, without recourse, without anyone having their back. Who are we?  We are the heavy workers who keep this country afloat, fed, protected, no we didn’t go to college, no we didn’t go to Wall Street, no we’re not in Hollywood, or have a tenured professorship—but we can defend ourselves from your misrule. And in the clumsiest way possible we are defending ourselves now.  We know our lives are at stake. That was clear when you elite ruling class allowed left wing storm troopers to burn downour cities. While you handwringers in congress, those of you without honor have sought to take our honor, by stealing an election.  An election which is not yours to steal. But you did steal anyway. And defy us and to the world to stop you, and in doing so, you have waived any requirement of our loyalty.

A “security professional” shot you down, firing blindly into a crowd. Perhaps he panicked at no real threat. Perhaps, he just needed to demonstrate who was boss.  Will he retire under a cloud?  Will he be subjected to the vilification we have come to expect of the A.C.A.B. anti-Police Black Hoodies? No, they’ll give this one a medal. None of those MAGA people were armed.  And still an unarmed MAGA woman was shot. Oh, no sorry – not totally unarmed – she was carrying a blue Trump flag. Weapon of choice. Can’t be fired. Can’t be reloaded. And not much use as body armor in the war zone of a corrupt sewer.

Featured photo was found here, and has been cropped and modified for this article.