Next post
Warren Wants To Be Bernie's Vice President 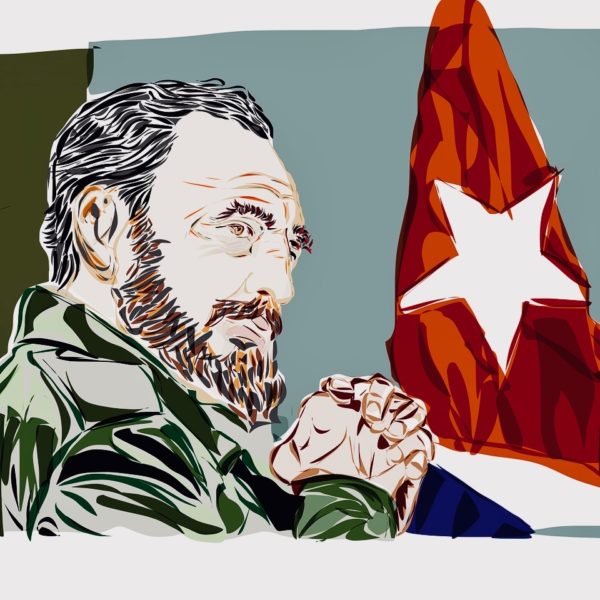 The city of Miami is not a fan of Castro, Communism, Cuba, nor Bernie Sanders. Now they are making their disdain for all things Communist very clear by planning an anti-Communist concert on April 11.

Mayor Francis Suarez and the entire city commission unanimously voted to promote the concert and waive nearly $22,000 in fees.

““Our city represents the stories of countless individuals who have risked their lives to flee communism,” Suarez said, mentioning Cuba, Nicaragua and Venezuela. “Each and every life that has fled communism has proven how the will to pursue democracy and freedom, even in the face of oppression, can never be suppressed or silenced.””

The timing of this concert, in my opinion, is no coincidence. Bernie Sanders is currently the presumptive Democrat nominee for President. He has blatantly stated, as recently as Sunday on 60 Minutes, that  Cuba was a paradise for all; especially on the literary front. Then, as Jodi writes here, Sanders doubled down on his claims and essentially told those who are calling him on the carpet to Shut Up.

With Bernie’s win in Nevada, suddenly Democrats are super concerned that the Pandora box they opened years ago let loose Bernie and his many vicious followers. The back pedaling has been immense.

That said, we along with many other blogs and a few media publications have been discussing Bernie’s love for all things Communist and Socialist for years now. His love for both is a FEATURE with him, not a bug.

So to see the Democrat establishment and media types suddenly wake up to the reality that is Commie Bernie is both amusing and sad. Don’t get me wrong, they are still trying to fence straddle and “explain” that Bernie’s brand is benign compared to the failures we’ve watched happen in Nicaragua, Cuba, Venezuela, Russia, and more.

The sheer number of people who are trying to explain that Bernie’s brand of authoritarian socialism is not that troubling while stepping on their own rakes (Hi Jen ‘not a conservative’ Rubin!) is quite something. It is also something that should concern us all given their abject failure to recognize how evil both types of ‘isms are, and that the Castro regime was a poster child for that evil.

Oh sure, it’s good because Obama liked Cuba and Castro, therefore Bernie’s comments are just as benign? I don’t think so.

Back to Miami’s plans for an Anti-Communist concert. Quite a number of folks from BOTH parties are all in. Why? Because Cuba doesn’t allow freedom of expression. Cuban musicians from the United States aren’t allowed to perform in Cuba if they oppose the Cuban regime. Musicians who do blindly support Cuba can perform in Cuba anytime they want.

Bernie’s remarks over the last few days has added fuel to the fire.

Suarez added: “What Senator Sanders conveniently omitted from his colorful characterization of communist Cuba was Castro’s forceful and violent imposition of power, attacking human rights and freedom of speech, thereby minimizing the sacrifice of those who fought to break free from his suffocating hand.””

You want to know about the stupendous Cuban literacy program that Bernie is promoting? Read Fabiola Santiago’s column. She lived it.

“The girl is 8 and in the third grade, the daughter of a beloved and respected teacher forced to resign over her refusal to teach Communist dogma to her students. (More on the mother later.)

Her father, a merchant of flour goods, sees his small, one-man business operation confiscated, and when he declines to continue to operate it as an employee of the state, he is sent to work in the agriculture fields as punishment.”

Read it all. Fabiola and her family were branded as worms for not toeing Communist line Castro implemented. Free education then and now in Cuba isn’t free. Fabiola makes that very clear in her column.

One wonders what Andy Garcia would have to say about Bernie’s comments given he and his family escaped from Cuba when he was five, and given what Andy had to say about Castro’s death in 2016?

Kudos to Miami for standing for freedom and shining a light on the harm that Commie Bernie’s brand of communism could do to the United States.