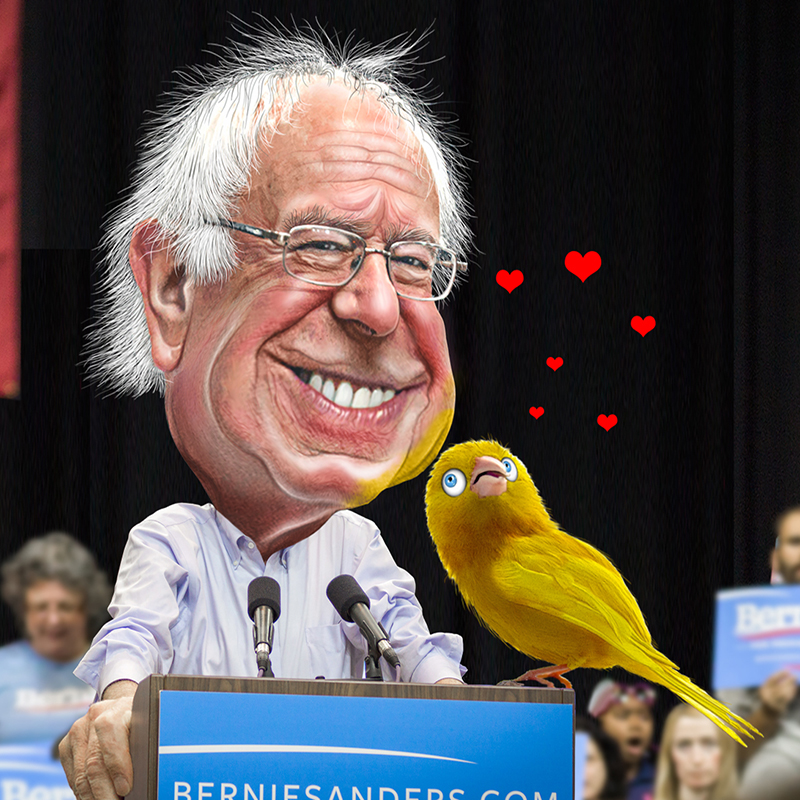 The candidates should scorch Sanders at Tuesday’s dem debate. Why? Because this Saturday is the South Carolina democratic primary. And delegate-rich Super Tuesday is just one week away. At this time in 2016, candidate Donald Trump was cementing his position as the presumptive GOP nominee. And Bernie Sanders, the Soviet/Venezuelan/Castro-style socialism defender…

…is about to claim that same mantle.

At last week’s 975th democratic debate, the candidates dog-piled the charmless serial-insulter, Michael Bloomberg. But the Democratic candidates are pummeling the wrong guy. Their strikes should be aimed at the wannabe Stalin.

Bloomberg thinks he can buy himself out of a terrible debate last week—and further push gun control that only helps the far-left in its push toward “revolution”—punching Bernie not with his stunning charisma and popular policies (sarc), but via the airwaves with his cold, hard cash. But will the rest of them scorch Sanders like the Brits did Jeremy Corbyn come 8:00 p.m. eastern tonight? Doubtful.

But they should give it a go regardless.

Here are a few ideas:

Firstly, Bernie Sanders is not a Democrat, at least not at heart, and if any of them had an ounce of courage, they’d scorch Sanders with that fact and ask their own party why he’s allowed to run as one.

Sanders is a card-carrying communist. And they should point out where he honeymooned, his current defense of some of the aspects of the Castro regime, his praise for breadlines, and his paid staffers who’ve threatened to imprison in “gulags” anyone who stands in their way and arm themselves to impose upon America their socialist “revolution.”

“Likely Dem nominee praised the supposed ‘achievements’ Castro regime,” [Marco Rubio] tweeted. “And he’s wrong about why people didn’t overthrow Castro. It’s not because ‘he educated their kids, gave them health care;’ it’s because his opponents were jailed, murdered or exiled.”

“The central promise every Marxist makes is that if we give up some of our individual freedom, the state will provide us more ‘security’ like free health care & education. But ultimately Marxism fails to deliver ‘security’ & you don’t have the freedom to do anything about it.”

And with that, ask Sanders directly how he will handle the millions of Americans, like me, who will vigorously resist his “revolution.” Is this how?

Then ask Sanders to specifically explain how Medicare-For-All, which includes illegal aliens, will necessarily require massive tax increases, eliminate private insurance plans, result in healthcare rationing (see the UK), and eventually bankrupt our economy as it has done in every government-controlled healthcare system in history.

And speaking of illegal aliens, ask Sanders how the elimination of our borders will affect our country: cite drug cartels, human trafficking, terrorism, and nationwide health epidemics (see the coronavirus currently making its way across the globe).

Then ask Sanders how he will pay for all of the “free” stuff he’s promising voters as a “right.” (Hint: it’ll require colossal tax increases, including on the “working poor” he claims to champion).

Then ask Sanders to explain exactly what the “Green New Deal” is and how it will impact jobs, the energy sector and our energy independence, the environment, taxes, and our economy at large.

Then ask him to explain to voters exactly what “social and racial justice” is and how it will affect how laws are administered. Is this the second coming of Apartheid and does it mirror the implementation of similar policies in South Africa today?

Then ask him to list every successful socialist nation in history. It won’t take him long to answer.

Check this out from the far leftists over at Salon:

Eventually, after the Left has won significant gains at the ballot box and in civil society, the capitalist class will take the gloves off against socialists and do whatever it takes to destroy our movement. We’ll need to fight back. The democratic road to socialism seeks not to elide this confrontation, but to make it possible. To replace capitalism with socialism, writes [Eric] Blanc, ‘(a) socialists should fight to win a socialist universal suffrage electoral majority in government/parliament and (b) socialists must expect that serious anti-capitalist change will necessarily require extra-parliamentary mass action like a general strike and a revolution to defeat the inevitable sabotage and resistance of the ruling class.’ “

Refer back to the Bernie Bros videos that Project Veritas has shared with the world.

Though socialists are likely to be met with capitalist resistance that at times will turn violent, ‘revolution’ doesn’t necessitate mass bloodshed — and though we believe in self-defense, we certainly do not advocate violent means. A future socialist government, the late Marxist thinker Ralph Miliband wrote, ‘has only one major resource, namely its popular support…’ ”

“Adherents of the democratic road strategy don’t claim to know the precise sequence of events that will lead us to socialism, nor do we pretend it will be a cakewalk to eliminate capitalism, even with our people in power. Past attempts to make such transformations in countries like Chile and France have been stymied… But we do know that the United States will not be able to achieve anything like socialist governance, and join other nations in the project of building international socialism, without both a mass movement of workers and the formal power to stop capitalists from undermining that movement as it engages in class struggle…”

Finally, and if you’re really courageous and possess just one ounce of the respect for women and the LGBT community you say you do, you’d scorch Sanders with this:

"A man goes home and masturbates his typical fantasy. A woman on her knees, a woman tied up, a woman abused."

"A woman enjoys intercourse with her man — as she fantasizes being raped by 3 men simultaneously."

– Sanders in 1972 and only Tapper is curious?pic.twitter.com/j4ZjauUv5k

Screenshots of the tweets were shared with The Daily Beast via one of Mora’s followers, who cited the “toxicity” of the posts as their motivation for doing so, expressing hope that their publication would help Sanders realize how deep the problem goes https://t.co/aAZUyi1kcd

And that’s just the tip of the Hindenburg with which you all should be torching him.

By the way: who wants to explain to Barack Obama that it’s he and his media sycophants who created this perfect storm where we are staring into the face of the most serious threat to the survival of our constitutional republic that we’ve seen in our lifetimes?

All that said: it’s the patriotic American voters who love their country and respect our constitution for which the candidates should scorch Sanders. Because nothing any of these candidates could say or do, nothing the “evil,” $15 million dollar mansion-owning Obama could say or do, will convince many Democratic voters—who are as sick of the establishment as we told them we were in 2016—to ditch their support for Bernie Sanders. It didn’t work on Trump, and it won’t work on Sanders. They believe his BS spiel, ignoring his blatant hypocrisy…

…in their belief that he’s their version of the anti-establishment Donald Trump who’ll usher in their vision of a global socialist utopia. Nothing could be further from the truth, of course, but the Trump Campaign had best take him seriously. Because his base, and many “moderate and conservative” Democrats are as serious as his heart attack.