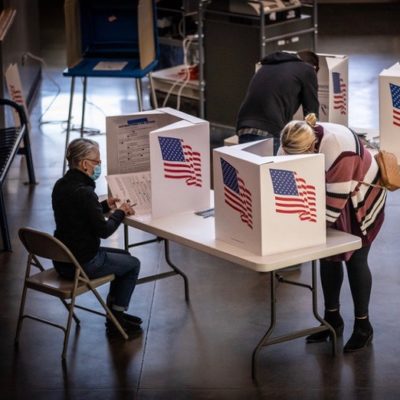 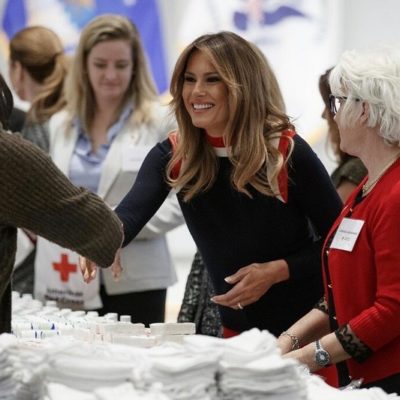 First lady Melania Trump posted her first message since Election Day on Friday, reflecting on Be Best, her youth initiative that addresses cyberbullying. So what did the liberals do? They cyberbullied as per their normal modus operandi.

#BeBest continues to shine a light on programs similar to the ones I learned about at @The_BMC a year ago. The hospital displayed the innovative solutions that can be achieved when medical professionals & the community work together for the greater good. https://t.co/vc8YNMnqEG

They didn’t even need a cue to start the cyberbullying. The comments from the keyboard warriors flooded in:

Huh? Just get out of my house. Pack it in and get out. All of you.

Isn’t she cute trying to make us think she’s actually did something in 4 years.

For once during this pandemic, the mask-shamers have pulled the masks off and boy howdy, are they ugly AF. Melania Trump was called a grifter, a hooker, a birther, a b*tch in these tweets. She was told in a string of tweets to “pack her $hit and get out”, that she has “done nothing” in these four years and already has been accused of stealing the White House china and silverware by the masses who are all but gloating a Joe Biden victory.

I, for one, do not see Melania Trump as needing anything so bad from The White House that she’d steal it. She’s no Hillary Clinton. She has “done nothing”, they say. But let’s examine the track record of fours years under President Trump who was not a favorite of the media by a long stretch. It’s not totally inconceivable that Melania Trump also would not be a favorite of the “big machine”. Upon being named FLOTUS, Vogue was not hounding her for magazine covers, designers were not fawning over her and begging her to wear their labels, talk show celebrities were not reaching out to her to hear her story. The media for the most part, did not show any interest in getting to know Melania Trump. Their shunning of her was the biggest bullying tactic ever. They wanted to punish her for the “sins” of her husband. And they are justified in their bullying, you see.

But Melania Trump’s knowledge of five languages was not enough to pique the interest of a biased media/entertainment/political machine. Not only did they shame Melania Trump for nude photos taken back when she was younger, they also shamed her son. The very people (some who are educators), have made heinous and ugly attacks against Barron Trump and his Autism. Just in case you have forgotten, see below:

I hope Barron gets to spend today with whoever his dad is,” Henson, a regular critic of the president on social media, tweeted Sunday on Father’s Day.” John Henson, Food Network

We should rip Barron Trump from his mother’s arms and put him in a cage with pedophiles and see if mother will will stand up against the giant a–hole she is married to. 90 million people in the streets on the same weekend in the country. F—.”-Peter Fonda

There is a special place in hell reserved for people like Peter Fonda. But any “mama bear” would have every right to come out and stand up for her son being bullied by grown-ass adults, rich and smug, who will stoop to the low levels of throwing Melania Trump’s son into their mix of hatred. A kinder, gentler, America, they say. Melania stood tall and did not sling mud back into their faces. Instead, she handled herself with grace and poise and endured. She may not have made the cut to be on Sesame Street (a show that made a mockery of the President) promoting exercise, a healthy lifestyle and nasty school lunches nor did she serve as “grandma” to Cookie Monster and Bert and Ernie but Melania does have a softer side that no one in the MSM thought worth to illustrate.

And it’s shameful and quite honestly, their loss. As the media portrays less-than-desirable individuals in a positive light, as role models, as inspirational, they are also painting a false narrative. We are seeing this unfold before our very eyes.

But the media says Joe Biden is elected President and individuals in the Twittersphere are ready, willing and able to kick Melania Trump to the curb and welcome Jill Biden with open arms. A woman who knew of the corruption and profited off of her husband’s influence herself. A woman who let her husband be endorsed by a former stripper, prostitute, thief-gone Hip Hop artist. Ahh, yes, a woman of dignity and influence and class and grace right there. Melania Trump has handled these four years on her own with no bolstering or posturing from an adoring media.

“It’s not Be Best, it’s Be Better,” says one of the random intellectually superior, liberal democrats on Twitter. They wouldn’t know how to be better if they tried because they are truly the worst. It’s okay, Melania. You’re beautiful and we see you. They’re the ones who are truly ugly.