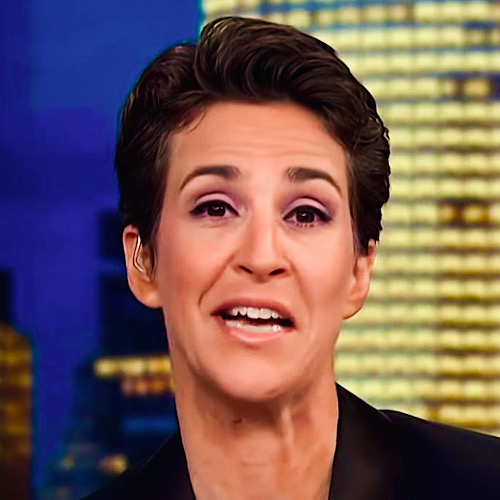 The meltdown of the media over Glenn Youngkin’s win in Virginia was great fun to watch. You see, they were absolutely 100% certain that Terry McAuliffe would win. I mean, how could he not? He’s the Democrat who checked all the politically correct boxes!

When McAuliffe finally conceded this morning, after a very weird speech and even weirder dance last night, he still highlighted his progressive agenda.

“We must protect affordable health care coverage, raise the minimum wage faster, and expand paid leave so working families have a fighting shot,” he added in the reported statement. “We must protect voting rights, protect a woman’s right to choose, and, above all else, we must protect our democracy.”

I really like how Democrats, especially ones such as Terry McAuliffe are so stuck on their talking points that they willingly ignore the real life issues of the voters in their districts. From all the results, Governor down to local races in Virginia, it is very evident that the progressive agenda was NOT what Virginia voters want. Nor did they want tiki torch campaign stunts, and they rejected Obama’s lecturing as well.

Which brings me to the media meltdown last night. Was it as much fun to watch as the meltdowns in 2016? You betcha!

For a minute I thought Jake was going to have to go curl up in a safe space!

Those darned white people who vote!

I don't think that's the story of the night. That's oversimplying things terribly.

Youngkin won 54% of Hispanic voters. Parents of all backgrounds were angry at the schools – COVID shutdowns/protocols, CRT, rapes (!!) – and it's not just white women who care about their kids. https://t.co/5tprwDNR2T

MSNBC was the best meltdown viewing of the night.

It's early yet but MSNBC is pulling a bit ahead in the election meltdown. Still waiting for returns from some of CNN's more loyal viewers and the late night returns but Joy Reid looks to be pulling away early. Still too close to call though.

Deadline: White House host Nicolle Wallace complained that, without evidence, Youngkin “put” Donald Trump’s “disgusting, flagrant out racism” “in a disguise,” and “wrapped” his campaign “in two Big Lies” that he opposed the January 6 Capitol riot and that he would ban critical race theory.

According to Wallace, Youngkin supported January 6 because “[Youngkin] flew an insurrection flag at [his] rally” (which wasn’t true and he condemned it), and banning CRT would be “like us banning ghosts” seeing as how “there are no ghosts.”

Oh yeah, Joy was having an epic meltdown because her guy didn’t win.

Yes, Joy Reid really went there. She’s hoping the few viewers that MSNBC has left won’t pay attention to the fact that it was a combination of Hispanic, black, AND white voters who kicked Terry McAuliffe to the curb. She’s hoping those few viewers who are white LIKE being told they are engaged in “soft white nationalism!”

MSNBC is refusing to talk about @WinsomeSears being on the verge of becoming the first female and woman of color lieutenant governor of Virginia, BUT they ARE talking to and fawning over a Black Democrat Delegate-elect who won a district that went 61-37 for Northam in 2017….. pic.twitter.com/lhzJApEhzB

Gosh, how inconvenient for them! And one more of Rachel Maddow because I can.

The media will continue their navel-gazing meltdown for the rest of the week, if not for the next millennium. The media, partisan hacks that they are, was so arrogantly sure that the Democrat agenda is what everyone wanted and needed. The media has spent massive amounts of airtime trying to gaslight people into believing that questioning school boards makes you a domestic terrorist because the DOJ said so. Any pushback on Covid mandates is all Donald Trump’s fault. The media and McAuliffe thought bringing Randi Weingarten to speak on the last night of the gubernatorial campaign was a winning tactic. According to the media, McAuliffe could do no wrong.

The media can’t handle the fact that their narratives were thoroughly ignored by Virginia voters and thus, during their meltdown last night informed the world that all those who voted Republican are ignorant dupes who will bring back the 1960’s and “soft white nationalism.”

The media will likely work to redraft their narrative, but make no mistake, their sheer dislike, even hatred, of conservative voters will still be loud and clear.