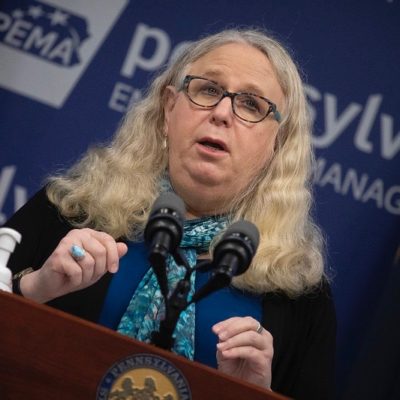 Next post
Levine Gets Four Stars For Being Transgender 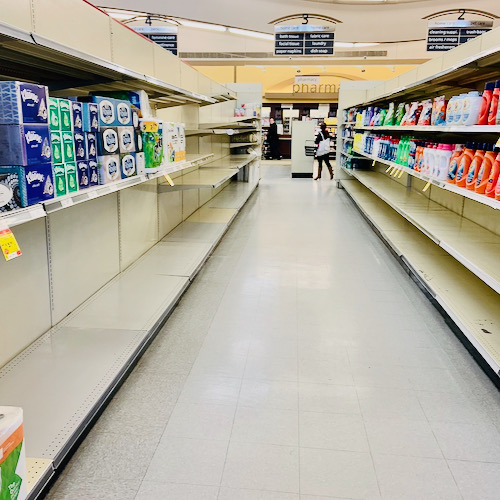 We are supposed to quit worrying about empty shelves. Instead, we are being told to lower our expectations. Yes indeed, the Washington Post strikes again.

American consumers, their expectations pampered and catered to for decades, are not accustomed to inconvenience.

“For generations, American shoppers have been trained to be nightmares,” Amanda Mull wrote in August in the Atlantic, before the supply chain problem turned truly ugly. “The pandemic has shown just how desperately the consumer class clings to the feeling of being served.”

Customers’ persistent whine, “Why don’t they just hire more people?,” sounds feeble in this era of the Great Resignation, especially in industries, such as food service, with reputations for being tough places to work.

Rather than living constantly on the verge of throwing a fit, and risking taking it out on overwhelmed servers, struggling shop owners or late-arriving delivery people, we’d do ourselves a favor by consciously lowering expectations.

We have very real supply chain shortages. We are seeing the impact of those shortages in our stores. ALL our stores, not just the grocery chains. Yet here is Micheline lecturing us about lowering our expectations. In other words, as Stephen Green puts it, we are supposed to embrace the economic suck and quit bitching about it.

You know what? I’m going to say a big fat NOPE to Micheline’s little lecture. The supply chain issues we have right now are the fault of politicians from the state to the federal level. It isn’t just the arbitrary Covid lockdowns that are the cause of it. Let’s look at California.

Carriers domiciled in California with trucks older than 2011 model, or using engines manufactured before 2010, will need to meet the Board’s new Truck and Bus Regulation beginning in 2020 or their vehicles will be blocked from registration with the state’s DMV, the state said.

In other words, even as the ports start moving to 24/7 operations, if there aren’t enough truckers who are driving the “right kind of GREEN NEW DEAL” trucks, the product STILL WON’T MOVE. Secondly, companies cannot hire independent truckers to go to California to gather up product. Why? Because of California’s idiotic AB-5 legislation! So again, there will still be a supply chain backlog across the country.

Furthermore, California has had some of the most asinine arbitrary Covid lockdowns ever, which has and still is contributing to the supply chain backlog.

More likely, officials will respond with even more shortsighted and politically driven mandates, such as “Buy American” restrictions, or with expensive subsidies to create alternative supply chains to those they are mostly responsible for breaking in the first place. The American people will pick up the tab on these costly measures.

In the end, every development that adds a government-imposed obstacle somewhere in the supply chain and economic activity makes the U.S. economy less dynamic and undermines America’s economic freedom, rendering Americans’ lives harder and less prosperous.

Never mind that and quit your worries about those empty shelves. We must lower those expectations peeps! Build back better to Jimmy Carter’s sweater wearing “malaise” is the ticket!

The Washington Post tells Americans to expect empty shelves inside their grocery stores, then blames the consumer for overreacting, when they should be demanding answers from the Biden Administration. Not playing defense for them.

Yep! Joe built this and Kamala’s response the other day was a cringe-inducing Santa Clause bit.

“Our children… want to make sure Santa Clause has his helpers working to move those products” pic.twitter.com/LDMId4xZ9W

Was this before or after her illegal campaign appearance at the Black churches in Virginia?

We are supposed to lower our expectations. Empty shelves? No big deal guys. We aren’t supposed to point out the fallacies of political overreach that has been a major contributor to what we are dealing with.

Instead, we are supposed to sit on our hands and let our political betters giggle about Santa Clause, go on paid vacation leaving no one in charge of the Dept of Transportation, and putting someone in charge of shipping who has exactly ZERO experience!

The supply chain issues aren’t going to magically disappear before Christmas. In fact, there are many indicators that it is going to get worse. Such as this news from Proctor & Gamble.

Procter and Gamble said Tuesday it is raising prices on a variety of popular home goods due to a sharp increase in freight transportation and raw materials costs.

The company behind Tide detergent and Gillette razors announced it would increase prices for beauty, oral care and grooming products, like razors, according to The Wall Street Journal. Procter and Gamble (P&G) announced in July that it would charge more for consumer staples like diapers and toilet paper.

Guess what Micheline? You know who that price increase is going to affect? Anyone living on a fixed income. That’s seniors and the disabled who will be directly affected by the price increases and the empty shelves due to the supply chain blockage. But we aren’t supposed to point any of that out. Instead we are supposed to take responsibility for our part in this. Evidently we shouldn’t be buying anything let alone basic food, household supplies, or medicine. And no, Jen Psaki, treadmill or not, the concerns about the supply chain are real and NOT a laughing matter.

Micheline can lecture all she wants about lowering her OWN expectations, but leave the rest of us out of it.