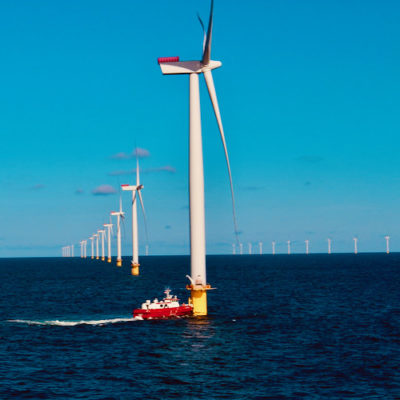 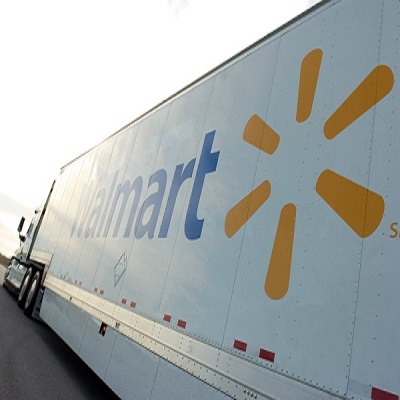 by Cameron McNabb in Headlines 6 Comments

The Biden administration is getting adept at setting the house on fire and then taking credit for squelching the flames.  Top of mind of course, is the Afghan Debacle™.  To Biden and his team, we’re to believe that was a roaring success.  Biden and Co. wants a big ol’ pat on the back for helping get United Airline’s vaccination rate up to 99%.  He just sidesteps the fact that it’s because United FIRED a bunch of their workforce to get there.  Now, according to The Hill, The White House has buy-in from Walmart, FedEx, and UPS to run 24/7 to ease supply chain bottlenecks. Gee thanks.

“The supply chain is essentially in the hands of the private sector, so we need the private sector to step up to help solve these problems. Three of the largest goods carriers in the country, Walmart, FedEx and UPS, will make commitments towards moving to 24/7, working during off peak hours,” a senior administration official said.”

From the moment we decided to shut down the country for “a couple of weeks,” our government systems have stuck their big fat fingers into a well-oiled machine and jammed the whole system up.

Any of my regular readers know that I work for a big national builder in the hottest market in the country.  Without a doubt, I am selling the least expensive homes within a 20 miles radius of Austin and therefore, the vast bulk of my customers are first time home buyers.  They are in the late twenties and early thirties.  I haven’t had a week over the last year when someone wasn’t in tears as they explain how hard it has been to find a home they can afford.  Over the last six months, I have come up with about a five-minute spiel to help them understand how we got here.  Humor me as I share it with you and then I promise I will tie it back to this supply chain miracle the White House is crowing about.

Setting Up the Dominoes:

In order to help you understand why finding a home is so hard right now, I need to take you back to February of 2020.  In a good and normal real estate market, you should have about a 3-4 months’ worth of inventory for people to buy.  In the Austin area, we were about at a two-month supply.  Low, but not horrible.  Most folks could still walk into any sales office and find a home on any given week.  But then March came and with it, came THE COVID.

In April, we decided, as a nation, collectively, to “shut down the economy for just a couple of weeks” to see if we could wrap our arms around this thing.  Well, let me tell you what it took me months to figure out.  Every major builder across this great land thought, “Oh $#&!”  You see, they remember 2007 and 2008.  The housing market collapse almost led to an actual global economic melt-down.  Like hell if they were going to relive THAT nightmare.  So, what did they decide to do?

The First One Falls:

They decided to purge every bit of inventory they could!  They had a fire sale.  I know, I was there.  We gave away appliance packages.  We paid exorbitant Realtor commissions.  We paid closing costs.  You name it, we gave it away.  And with 2.75% interest rates, my GOD, the millennials finally came out to buy a home.  We’ve waited a decade for that moment!  And the inventory from California to Florida was sucked up like a hoover.  Just. Like. That.  In the worst week, we had taken our supply in the Austin area to a mere 12 days.  TWELVE DAYS!

And then the world didn’t end at all.  Our government put those stubby little hands into the pie and started shelling out cash like it was candy.  People stayed home and ordered junk food and gadgets and big ass TV’s from their computer.  Who needs to work?  The government gave us money!

OK, some people needed to work, lots of them from California or New York City.  And those people were forced to stay home.  And as they looked around their 450 square foot condo that they paid a million dollars for, they thought.  To hell with this!  I’ll sell this bad boy and move to Texas or Florida or Tennessee where I can at least go out to eat.  My kids can play in their own back yard.  And I can have a real home office in a mini mansion for half the price.  In fact, even if I have to shell out $100,000 over asking price for dump, I can still bank a cool half mil’.  And so, they came from far and wide.

And oh, now that these big builders realized that the world didn’t end, they collectively realized that they also needed to build houses just as fast as they humanly could.  Only now, they are all having to compete for the exact same resources.  The same lumber, the same roofers, the same dry-wallers, the same toilets and windows and sinks.  Oh My.

Dominos Falling One Right After the Other Now:

But because of the Covid madness, we spent at least half a year working at half capacity in the warehouses.  And the workers got paid to stay home.  So now that we need all these things, the backup of orders cannot keep up with demand.  And after a year of being able to kick it smokin’ tax funded dope, we can’t get enough folks who want to roof houses and unload boats and drive 24/7.

Which means I haven’t had a damn home to sell in eleven months.  I’ve been sitting in this office having this conversation five times a day and not getting paid while I wait for materials to come in.

Getting Back to Biden’s Deal with the Private Sector:

I really hope that Biden’s big negotiations with FedEx and Walmart and the West Coast ports works out.  I really do.  I will always want what is best for the country over what might be expedient for my political party.  But I have serious doubts that his announcements will have any meaningful short-term effect.  These supply chain bottlenecks will take months, maybe years to resolve.  Even if FedEx and UPS want to go 24/7, who are they going to get to do it?  We had 3% of the work force quit since August.  Just quit.

We have just spent a week listening to Biden brag about getting United Airlines workers fired.  And a massive walk out of pilots and staff at Southwest Airlines disrupted over 1000 flights in this past week alone.  The belly of all those planes carry stuff.  This affects those supply chain bottlenecks.

And let’s assume again, that the unions can put enough fiscal carrots in front of their crews to unload those boats.  Who is going to get them across the country then?  According to the White House, we’re just going make those truckers and freight teams work harder:

“These are major commitments, but they’re most effective when every private company along the supply chain does the same thing, and now we’re looking to trucking and freight to expand hours as well to help with the bottlenecks,” the official added.

I don’t know if they realize it or not, but we’ve had a truck driver shortage now for years!  These supply chain bottlenecks were starting years ago.

“At the end of 2018 there were an estimated 60,000 truck drivers needed. These drivers move nearly 71 percent of all freight in the U.S. As the demand for shipping increases the industry will need to hire about 1.1 million drivers over the next 10 years. That’s an average of 110,000 each year.

The truckers and train operators are TIRED.  We have been burning those guys at both ends of the candle for 18 months!  We really think it’s a good idea to waive our safety protocols to get them to drive longer, harder shifts?  How many lives are we willing to lose from trucking accidents to make sure Santa comes to town?

Let’s just tack on one more domino for fun.  Gas is at a seven-year high.  That means every one of these supply chain points are having to pay more to get stuff from here to there!

Have any of you noticed anything about all these dominoes?  They all cost you and me and the poor single lady with 3 kids a hell of a lot more than they did two years ago.  But don’t tell Jen Psaki that!

Psaki answers a question about inflation: "We all understand the American people are not looking at cost-to-cost comparisons from this year to two years ago." pic.twitter.com/ZIxxKhRUg9

Look, the White House thinks these negotiations offer Biden a chance to look like a White Knight coming in to save the day.  Yet, behind his back, Yellin is warning us we ain’t seen nothin’ yet.  See her interview with Norah O’Donnell from Monday:

And Buttigieg, our wunderkind Secretary of Transportation is too busy cooing over his twins instead of managing the 937th crisis Biden and Team have created in the last 10 months.

“Kitchen table issues” has long been a catch phrase among pundits and politicians.  Obviously, it references the concerns of everyday Americans and the political concerns they bring up over dinner: Grocery shopping, paying for education, getting gas in the car, paying for the roof over their head.  Other than the occasional disruptions caused by weather (or lately, China) supply chain issues aren’t typically a hot topic.  Yet over the last 18 months, they are an increasing point of concern not just for policy makers, but everyone.  Do we really think this is the administration who can solve the problem they exacerbated?  Come on, Man!