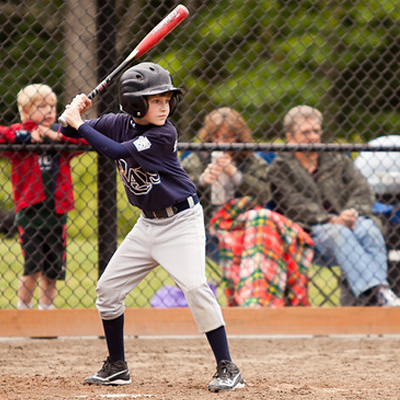 What shouts summer in America more than a Little League game? And who doesn’t love seeing mini-Joe DiMaggios or George Bretts coming up to bat?

Honored to throw out the first pitch at the 2021 Little League Baseball State Tournament in Palm Coast. Good luck to all the teams playing this weekend, and thanks to the coaches, volunteers, and families for your dedication to providing opportunities for our youth. pic.twitter.com/8oYVIsjzhN

Not only is DeSantis the Florida governor, but he also played Little League as a kid, and was captain of the Yale baseball team. He also used his baseball skills at the Congressional Baseball Game of 2017, when he was serving in the US House from Florida.

And he certainly had better form than President Mom Jeans when Obama threw out the first pitch at the 2009 MLB All-Star Game.

In light of tonight's events, never forget the time Obama wore mom jeans to throw out the first pitch at the 2009 MLB All Star Game. pic.twitter.com/h02M7Kxu3K

So yes, it was most fitting for this governor to throw out the first pitch at a Little League state tournament. And it was a great time to forget politics, right?

Not for barking liberals who can’t stand Ron DeSantis. So they used an innocent Little League game to slam the governor because Covid or something.

Throwing out the first virus.

Oh, isn’t that clever. So perceptive. So astute.

There’s also Pandemic Report Girl, since no one should enjoy a Little League game because COVID, dammit! So did this numbers nerd present the hospitalization or death rates? The data that’s the most important? Nope.

Keep ignoring the Covid Ronnie, & throw those pitches. Meanwhile, this week’s FL Covid report is 45,603 new cases, nearly 2X the 23,562 cases the week before. The positivity rate is 11.5%, higher than the 7.8% last week. Sell TShirts with that on it, at the ol' ball game Ronster.

Finally, to cap it all off, there’s Mr. Doom-and-Gloom who tweeted that Florida Man Leads His State to the Morgue, citing a year-old article from the leftist rag New Republic.

If this doofus had bothered to check, he’d find that Florida’s Covid death rate is currently on par with . . . Kansas. It’s also far behind than that of New Jersey or New York with those, you know, Democrat governors. Like NY Gov. Andrew Cuomo who actually did let his residents die in nursing homes.

But throwing out the first pitch at a Little League game wasn’t the only thing DeSantis did that triggered the libs. He also insulted the pandemic’s holy man, St. Fauci of Lockdown, by releasing a line of merchandise emblazoned with battle cries of “Keep Florida Free!” and “Don’t Fauci My Florida.”

Trust us… You don’t want to miss out on this. 👀

And there’s also this fan favorite — a drink koozie with a DeSantis quote: How the hell am I going to be able to drink a beer with a mask on?

Don’t you love it? Take that, Covid Karens!

Naturally moonbat liberals got their knickers in a wad over the DeSantis merch. Like MSNBC’s Everything-is-Racist hysteric Joy Reid, who called DeSantis an “ignorant ghoul.” And CNN’s Ana Navarro, who called the items “grotesque.”

Dean called DeSantis “a well-educated crackpot with no allegiance to our country, his constituency or the truth.” Funny coming from a guy who tanked his only Presidential run by shrieking like a baboon.

But dig deeper and you’ll find that behind the criticism of Little League games and merch, that old Rush Limbaugh truism is undeniable: They tell you whom they fear. And Democrats fear Ron DeSantis.

Despite the Covid crisis, DeSantis refused to issue a state mask mandate. Then he reopened Florida’s economy when other states stayed locked down. Because of that, Florida’s economy is thriving. As DeSantis said, the state “followed freedom.”

“We’re going to end up probably having like $10 million in reserve once the new budget takes effect. That would not have been possible if we had followed Fauci. Instead, we followed freedom. And that’s the reason Florida is doing better.”

No wonder Democrats fear the possibility of a DeSantis run in 2024. And no wonder people are flocking to Florida — the state grew over 14% over the last decade, and shows no sign of stopping.

Not only that, but Ron DeSantis is unafraid to make tough decisions for his state, or to face a hostile media. He’s got that honey badger attitude.

So sit back, enjoy a beer without your mask, and watch lockdown liberals beclown themselves by politicizing Little League games. To paraphrase Dolly Parton from the film Steel Magnolias: They don’t know whether to scratch their watch or wind their butt.

Meanwhile, Ron DeSantis will carry on, unconcerned about the yappy Democrat dogs nipping at his heels.