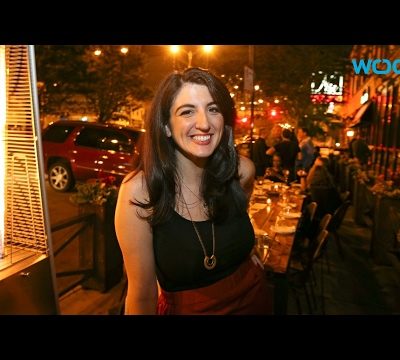 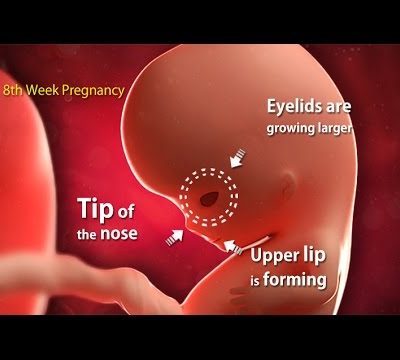 Next post
Ultrasounds Are NOT Political, Unless You're Pro-Abortion 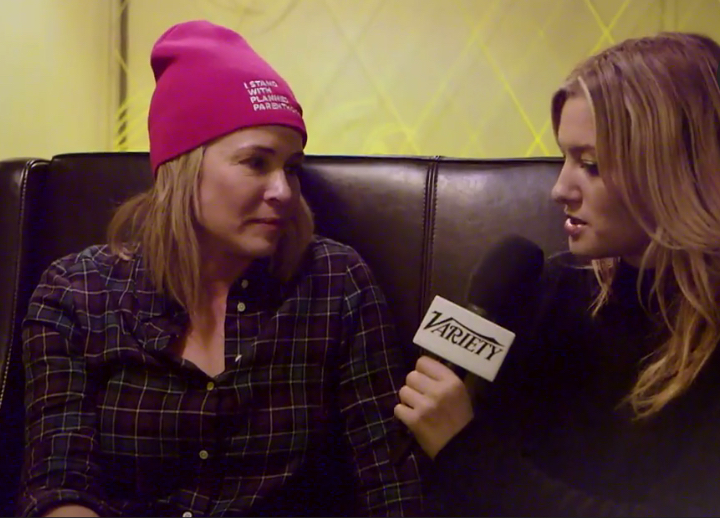 Since November 9th of last year, the Left has engaged in a full-blown, 24-hour-a-day hissy fit. The woman whom the liberal media promised them was a shoo-in for a third Obama term lost in a stunning upset. And few outside of Donald Trump’s campaign team saw it coming. Consequently, many on that side of the political spectrum refuse to accept it. The latest in a long line of tolerance-demanding liberals who rebuff the election outcome is a talk show host who, frankly, I’d never heard of until I saw a clip of her weeping on her Netflix show for She Who Would Not Be Queen. But it gets worse. Not only is she in mourning for a woman who labeled half the country “irredeemable” and bullied her husband’s rape victims, she’s outed herself as a card-carrying hypocrite. Behold the tolerance of Chelsea Handler, alleged comedian and liberal talk show host (language alert):

Chelsea Handler Won't Have Melania Trump on Her Show Because 'She Can Barely Speak English' https://t.co/UbzViKk2g6 (VIDEO) pic.twitter.com/NpJ9qLNfH2

You heard that right. A member of the Tolerance and Inclusion Team who insists that President Trump—I’m still getting used to that title myself—is a racist, bigoted, xenophobic, misogynistic homophobe (did I get them all?) refuses to host our newest First Lady because she speaks English with a—GASP!—foreign accent, as it’s not her native tongue. Talk about your Gargantuan, Self-Unaware Hypocrite Alert.

Still, in some warped way, Ms. Handler—like many at the exclusive Women’s March this past weekend who cannot seem to articulate their positions without hurling expletive-laced insults—is correct. Because Melania Trump is not only drop-dead gorgeous, successful in her own right, and a devoted mother, she also speaks five languages. Fluently. Not to mention Melania, an immigrant from Slovenia living the American Dream, understands the evils of Communism, the real goal of many progressives. Frankly, I’m betting Ms. Handler might be suffering from a bout of green-eyed-monster-in-a-stupid-pink-hat syndrome. And perhaps learning something that might question her stunted worldview is what she’s really afraid of. 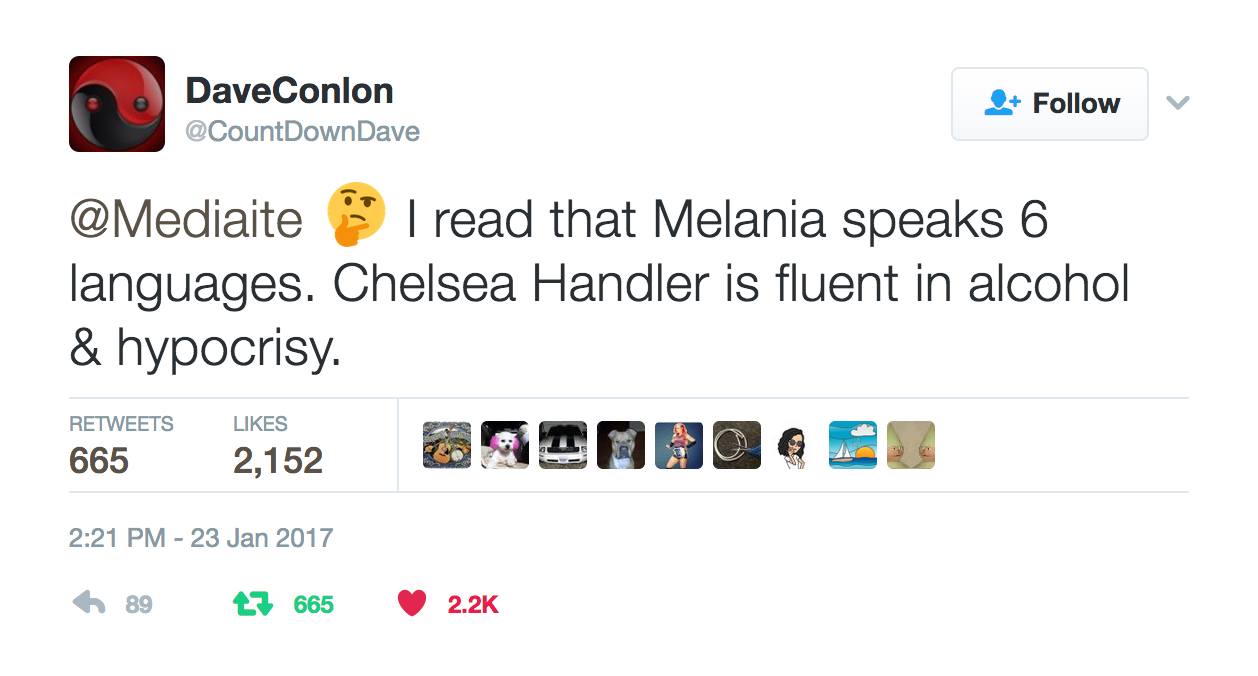 That about sums it up.

Meanwhile, the First Lady is not alone as the newest target of the Tolerant Left’s venom. So is one of their own: Taylor Swift. The same Taylor Swift who has a commendable habit of surprising her fans with both personalized gifts and giving of her own time, most recently to a WWII veteran. Her crime? Not marching on behalf of abortion “rights” and lobbing endless hate-filled grenades at our new POTUS. So what was her sin? She tweeted support for the march rather than physically attending, and has the audacity to entertain diverse audiences that include Trump supporters. Oh, the horror! It’s a must read, from none other than the Daily Beast, if only for the shear amount of raging contempt aimed squarely at Ms. Swift:

Wonderful. Now they are making me like Taylor Swift AND Donald Trump.

It’s not that hard, really. Granted, I have my issues with Mr. Trump, but both President Trump and Ms. Swift are known for their big hearts when it comes to both their fans and those in need. Ms. Handler might find that out…if only she were willing to step outside her cushy comfort zone where everyone thinks exactly like her, and worships her liberal tears.

BREAKING: @chelseahandler says she won't allow Melania on her show.

…Also Breaking ..Melania has no idea who the hell Chelsea is.

Neither do I. And I plan on keeping it that way.

Many on the Left, as we’ve witnessed every day since the upset election, continue to show us who they really are. And it’s everything they accuse those of us over here on the Right of being. No, far too many liberals like Ms. Handler don’t want unity. They want a Democrat, any Democrat, in the White House, permanently, and they’re angry as hell that the American electorate dared to have a difference of opinion.