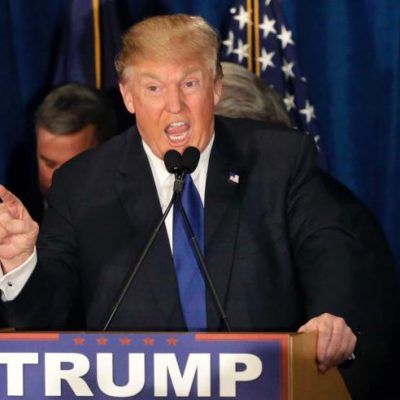 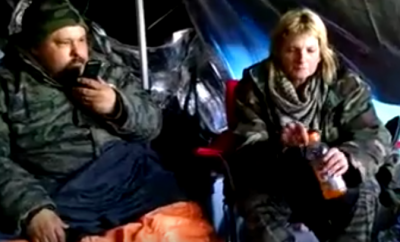 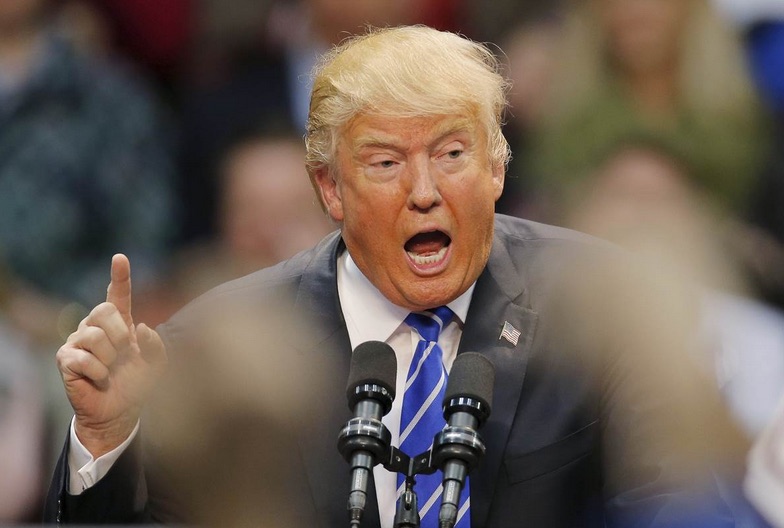 by Jodi Giddings in Headlines 25 Comments

Let me make my position on Donald Trump perfectly clear (now stick with me, Trump supporters, because you may appreciate at least two of the bullet points!): I think he’s a demagogue who’ll say and do anything to get himself elected. I think he’s tapped into a very real anger in America, but it’s an anger he’s exploiting, not one he truly understands. I think he flip-flops on his positions more often then he changes wives. I think he has precisely zero core values. And I think he’s a big government guy, not a conservative. Why? Because he cannot articulate what conservatism is, which is an easy pop-quiz for those of us who truly are. So, with that said, I’ll get to the point of this article: Some Trump supporters, and especially the media, have engaged in misinformation about Donald Trump the Candidate. Here are five of the most noteworthy:

Last week Trump blamed Ted Cruz for saddling America with ObamaCare. Ted. Cruz. The man who stood willing to shut down the federal government to rid us of that albatross. I think Trump would like us all to forget his support for Harry Reid and Nancy Pelosi, two of the nation’s most destructive politicians, who are directly responsible for shoving that turkey down our throats. So no, Donald, you are far more responsible for the ObamaCare monstrosity than just about any of the other candidates.

Trump supporters argue that Trump is not for socialized medicine. In his own words, as recently as during last Saturday’s GOP Debate:

Clear as mud. You can’t make up your own facts, and you can’t obfuscate the candidates own words. It’s absolutely true that Trump has called for socialized healthcare on multiple occasions. Now last I checked, conservatives, and many independents, have begged for the eradication of ObamaCare as swiftly and harshly as the ebola virus. So we can’t then find socialized medicine acceptable because our candidate of choice embraces it. Progressivism is progressivism, and letting it in the door eventually infects our entire house. Picking and choosing the parts of what Trump says makes us willfully ignorant, in the tradition of the mindless Obama flunkies of 2007. He’s telling us what he may push for as POTUS. We should listen. And demand clarification.

Trump likes to tout his support for eminent domain. And yes, it has been used for the greater good of the nation with the construction of railroads, bridges, and highways, for example. But that’s not how Trump tried to employ it on at least one occasion: He attempted to force an elderly woman to sell her home, so that he could build a parking structure on her land. And at last week’s GOP debate, Jeb! finally called him on it:

Trump likes to say, altruistically, that the elderly woman wouldn’t sell, as if to imply he then just walked away. The truth is: He instigated court proceedings, and lost. He owns it.

DONALD TRUMP IS A FLIP-FLOPPER

And that’s just for starters. You can read more on his many relatively recent position shifts here.

Mind you, I’m loath to defend Donald Trump on just about anything, but on the next two points, I’m firmly with Camp Donald, well, in spirit. Why? Because the media, Univision being an oft-repeat offender, and their liberal useful idiots, are just flat-out misstating his words. Here’s what the media would like us to believe about Donald Trump:

He and his supporters are racists, bigots, xenophobes, yada yada yada. See my fellow Victory Girl, Lisa’s take on that here.

Tell us how you really feel, @HuffingtonPost pic.twitter.com/qzwEszduQ1

Yawn. You get the picture.

Here’s a couple of clips of what he actually said about illegal immigration:

You can listen to his entire campaign launch address here and judge for yourself.

And he’s right. Americans have been the victims of scores of crimes committed by aliens entering this country illegally, including rape and murder. So no, Trump is not a racist as far as I can tell. He’s talking about national security, along with the billions in taxpayer money wasted going to illegal immigrants in myriad ways. He supports sensible legal immigration in the long tradition of this free nation. And so do I.

And by the way, Katie Pavlich over at Townhall had a piece out yesterday verifying that yes, indeed, illegal immigrants have received hundreds of millions in Obamacare subsidies (our tax dollars), after our illustrious Dear Leader lied and said they would not. Trump was right: 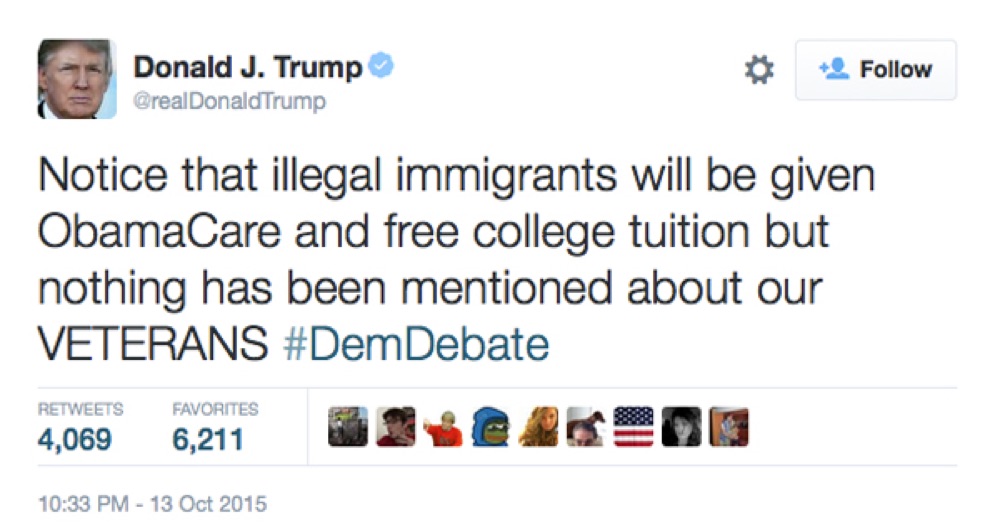 The same goes for Trump’s position on Muslims coming into America from the Middle East. Here’s what the media would like us to believe:

Remember, CAIR has has been deemed a terrorist group by the UAE, for good reason. So you’ll excuse me if I disregard this America-shaming rhetoric.

“UNTIL our country’s representatives can figure out what the hell is going on.” Nothing wrong with that. It’s common sense. Just slightly edited to push the tired ‘ol “All Republicans are racist, bigoted, red-necked hillbillies” agenda, eh?

Did he articulate his position in an artful way? No. Does that mean he’s therefore wrong, and worse, a racist, bigoted, xenophobic, sexist, homophobic Islamaphobe who hates puppies, small children, and ice cream (did I leave anything out)? No. Our own FBI Director, James Comey has stated that Syrian refugees are virtually impossible to vet. ISIS has promised to infiltrate them. And the current White House occupier is willfully leaving our country vulnerable to attacks in more ways than I can count. So Trump is right. We should halt the import of Muslims coming in from countries where ISIS, Al Qaeda, Boka Haram, and any other Islamic terror groups reign. We’ve already seen what one mis-vetted Islamic jihadist can do. It’s immoral, and irresponsible to place one American life at risk. It’s not about xenophobia; it’s about national security. Nothing else matters more.

So, as I’ve briefly lain out, Donald Trump is a mixed bag, and why so many of us distrust much of what comes out of his mouth. While I’m with him on national security and illegal immigration (liberals like to commingle legal immigration with illegal immigration to further confuse the electorate, by the way; they are two very different issues), his serious flip-flops and frequent unwillingness to clarify his position on socialized medicine, for example, give me pause. I have no way of knowing exactly what I’d be getting with a Donald Trump presidency. Reduced government, the elimination of unconstitutional agencies, a return of power to the states? Or a bigger government that’s simply better managed, but just as intrusive? This country already made that mistake—twice—and I’m unwilling to wager our ailing Republic on yet another unknown. And so I ask: Please vet your candidate. Take off any blinders you may be wearing and really listen to him. Our nation is at stake.