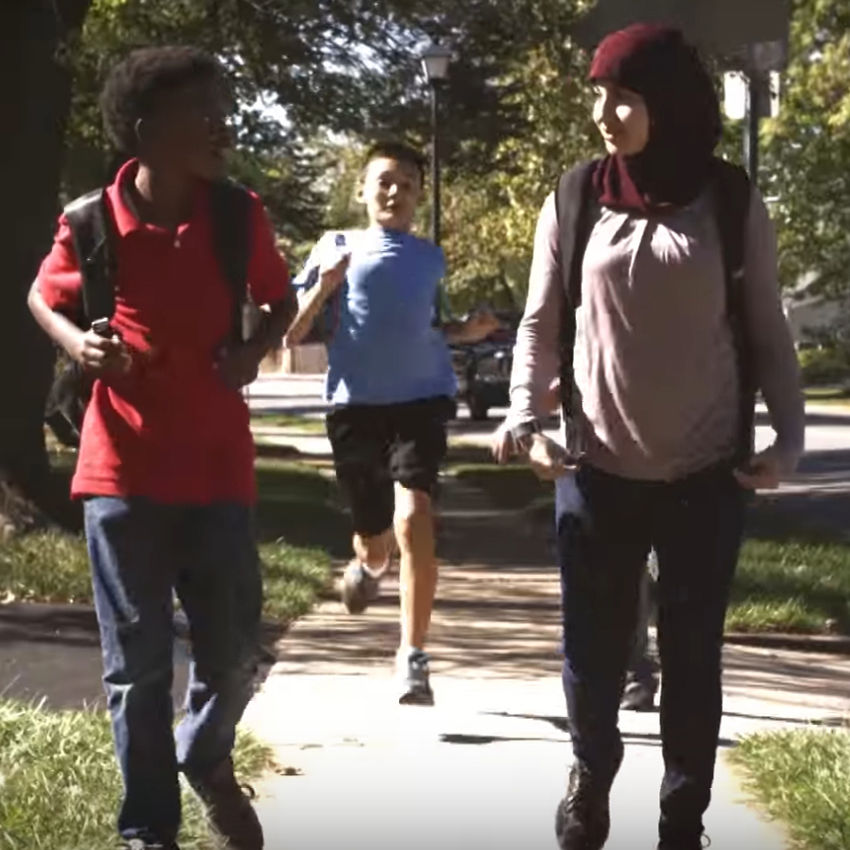 What is Ralph Northam so afraid of? I bet I know what you’re thinking: Who the heck is Ralph Northam? Well, Mr. Northam is the current Lieutenant Governor and Democrat nominee to replace the term-limited current governor of Virginia, Terry McAuliffe. His opponent is Republican Ed Gillespie, who ran, and lost, for one of the state’s two senate seats in 2014. And something has spooked Mr. Northam, and it’s not the goblins and ghouls rapping at his door asking for candy on All Hallow’s Eve. Here’s the latest ad pro-Northam political activist group, Latino Victory, launched against Mr. Gillespie:

In case you missed it, here’s a screen shot of the truck driven by a typical “Gillespie Voter:”

Notice the bumper sticker and the Gadsden Flag-inspired license plate? Gee, no stereotyping or demonization there, right? Don’t all we racist white people—read conservatives, specifically Southern Conservatives—chase down minority children in our hulking good-ol’-boy trucks every chance we get? Also, take note of what’s playing on the television at the end of the ad. Talk about your brazen minority-baiting baked with a dash of child endangerment at the hands of Latino Victory’s definition of scary, racist, Caucasian conservatives.

So what are Mr. Northam and his supporters so afraid of? Well, in a word: polling.

As you can see, the numbers are all over the place. Does the Northam campaign have internals that have its fingers fidgeting?

It’s no secret that Virginia was the only Southern state that didn’t cast its electoral votes for Donald Trump, nor is the state shy in its disapproval of President Trump’s performance these past nine months. But the state also has a healthy population of coal miners and other blue-color workers, whose very livelihoods the last administration willfully decimated, policies Hillary Clinton promised to expand.

And those are the very voters that Team Northam needs to overwhelm. By any means necessary. Up to, and including, demonizing an entire swath of Virginia’s citizenry as would-be child murderers.

This is not the first time Northam supporters have resorted to despicable race-baiting and fear-mongering in an effort to scare up minority votes. In the past two weeks, Hillary BFF and Northam supporter, Brian Fallon, tweeted out this gem:

And another Northam activist group released this ad:

Because wanting to rid Virginia of illegal alien criminals is black-hearted and racist or something.

Did that hurt your head as much as it did mine? Please pass the Excedrin. Emily, it’s called history and MS-13 gangs—who are not downtrodden “immigrants,” you partisan twit—are indeed an issue in Virginia.

To be fair, Gillespie has released his fair share of attack ads. But the Democrat Party has a long history of race-baiting in elections, particularly when it’s in a horse race with an opponent threatening an upset. We’ve seen it in every presidential race in recent memory. Here’s EveryMan, Joe Biden, prior to the 2012 general election:

Mr. Northam and his ad-producing supporters are no different than “Uncle Joe.” And it’s a grotesque display of everything Americans hate about politics: ruthlessness, demonization, and pitting neighbor against neighbor in a shameless plea for votes.

While it would be refreshing for free-thinking voters to see right through this nonsense, and shun it as the shameful politics of division that it is, unfortunately, these despicable ads look to be working. The sweeping cost? Our unity.

[UPDATE 5:30 PM]: It appears that the bigots that are Latino Victory have pulled their heinous ad. Alas, the internet is forever, so I’ve uploaded a replacement for the original. They’ve also released this statement, which may be worse than the ad itself: