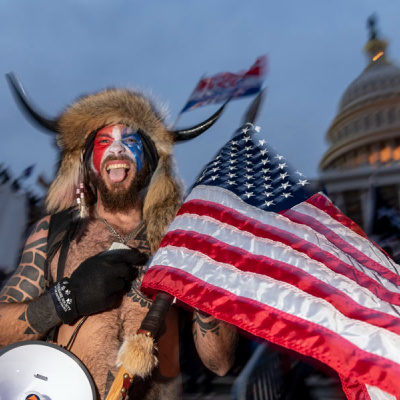 Next post
Patriot Purge, Episode One From Tucker Carlson 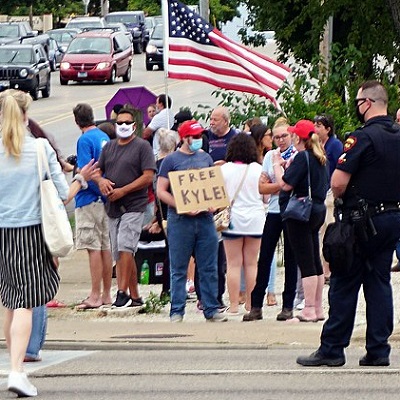 The prosecution continued the idiocy they have maintained throughout the trial and punctuated in closing remarks. Oh and then there was the dangerous use of a firearm by the prosecutor fellow Victory Girl, Toni, mentioned earlier. Has anyone not learned anything from Alec Baldwin? Don’t put your finger on the trigger unless you want to kill someone. For the love.

Think back to the infamous photo of Kyle Rittenhouse walking with his AR-15 pointed down and his index finger pointed straight—not on the trigger. This little point may seem trivial but the prosecutor, in his droning today, made the point,

“I think we can also agree that we should not have 17-year-olds running around our streets with AR-15s, because this is exactly what happens.”

Comparing the firearms safety knowledge of Kyle Rittenhouse with the prosecutor, I think it’s actually more prudent to say

“I think we can also agree we shouldn’t allow biased prosecutors to demonstrate their lack of firearms’ safety in a courtroom at the same time they are lecturing a trained seventeen-year-old in the use of firearms safety. That is how courtroom shootings happen, said Shelby Gallagher.”

Putting aside the lack of courtroom firearm handling skills, the prosecution delivered a big fat left-leaning nothing burger.

James Gagliano opined for the New York Post on the ridiculous word soup the prosecution came up with.

“[Kenosha County Assistant Attorney Thomas Binger] sought to diminish some of the actions committed by Joseph Rosenbaum before his encounter with Rittenhouse, sarcastically intoning — ‘He tipped over a Porta-Potty, that had no one in it. He swung a chain. He lit a metal garbage dumpster on fire. Oh, and there’s this empty wooden flatbed trailer that they pulled out in the middle of the road and they tipped it over to stop some BearCats, and they lit it on fire. Oh, and he said some bad words. He said the n-word. Tsk tsk Tsk,’ as he mockingly wagged his finger.”

Listing the vile behavior of an amped up rioter right before he joined two other thugs to attack a seventeen-year-old doesn’t seem like someone who went to prosecution class in law school.

“Prosecutors…bizarrely used an image from the 1980s Patrick Swayze flick ‘Road House’ in Monday’s closing arguments to suggest that the teen should not have ‘brought a gun to a fistfight.’… Thomas Binger showed an image of Swayze’s character Dalton preparing to fight his rival Jimmy, played by Marshall Teague, to make the case that Rittenhouse acted unreasonably by carrying out the triple shooting. ‘What you don’t do is you don’t bring a gun to a fistfight. What the defendant wants you to believe is that because he’s the one who brought the gun, he gets to kill,’ Binger explained to the jurors.”

If the antics of the prosecutor are of interest, feel free to watch.

Sadly, if it were only just antics, we could laugh. The fate of a young man, and his future, is currently in the hands of a jury.

Speaking of the jury, the judge and his courthouse police have taken measures to protect the jury against someone photographing them for purposes of doxxing. I kid you not.

“At pickup, there was someone there and video recording the jury, which officers approached the person and required [them]…to delete the video and return the phone to him. I’ve instructed that if it happens again, they are to take the phone and bring it here…Something like that should not have occurred…”

Who and why would someone do that? Look to live feeds on Twitter for your answer.

George Floyd’s nephew, Cortez Rice, makes a claim that he knows people taking photos of jurors during the Kyle Rittenhouse trial in Kenosha, Wisconsin. His goal is to dox jurors if they do not convict. pic.twitter.com/uwLuV2ftfV

Interesting. George Floyd’s nephew, who has absolutely nothing to do with the officer involved shooting in Kenosha, just inserted himself into the planned riots for the Rittenhouse trial. Swell.

So if you decide to watch the droning video of the prosecution’s final statements, an interesting statement made by Binger was the accusation the teen illegally took a firearm across state lines from Illinois to Wisconsin. As we steel ourselves for the violence coming with the Rittenhouse verdict, I’ll place a wager based on the live feed by George Floyd’s nephew, Kenosha is not his hometown. Typical move of the left; accuse others of what you are guilty of. Accuse Rittenhouse of being a vigilante from another state, which George Floyd’s nephew admits his plans to dox jury members if they don’t return the verdict he wants.

Let’s be clear here, no matter what the jury decides, we all know riots will be happening when the verdict is read.

An internet search reveals the abhorrent job the prosecution did during the Rittenhouse trial. The closing arguments were a ghastly continuation of the prosecution’s kangaroo court.

Unfortunately, in a few days, we’ll all be watching cities burn. The left and its jolly gang of violence-makers always riot even if they get the verdict they want. How many Americans scratched their heads when the Derek Chauvin verdict was read, guilty, and wondered why riots commenced. Get ready, you might do the same in the Rittenhouse. Here’s hoping the left doesn’t get the verdict they want. They riot anyway, but at lease a young man’s future is spared.

While the world stews over what will happen outside of the courthouse, eyes should be on the young man on trial. Consider Kyle Rittenhouse; his future and fate is in the hands of a jury that is being targeted for violence and a prosecution who thinks 80’s movies make good prosecution points.