Next post
Left's Reaction To Rittenhouse Verdict Is Negative, Is Anyone Surprised? 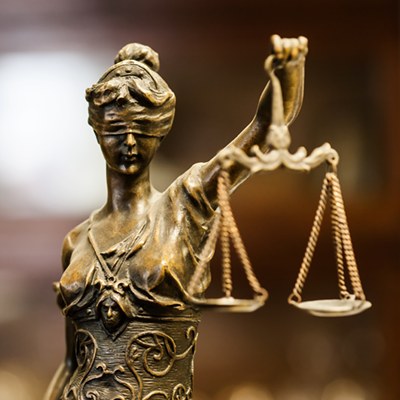 The jury has finally rendered a verdict in the Kyle Rittenhouse trial, and after almost four full days of deliberations, the verdict is NOT GUILTY on all counts.

If you have any compassion in your soul, watching Kyle Rittenhouse break down during the reading of the verdict as it slowly begins to break in on him that he is being acquitted was heart-rendering. He’s only eighteen, and was facing down life imprisonment if convicted. The enormity of this moment looks like it just caved in on him all at once.

While those who were honest about the events on the ground in Kenosha in August 2020 will not be surprised in the least by this verdict, there is a massive sense of relief that justice HAS been done here. This case should never have been brought to trial, and was painted by the media in ways that it never should have been. The narrative has been desperate and ugly, and will likely continue to go on as such.

So, what happens now? Here are some outstanding questions that, with the trial over and the “not guilty” verdict given, need to be addressed.

1) Prosecutorial misconduct. These prosecuting district attorneys, to put it mildly, sucked at their jobs. Why they ever brought this case to trial in the first place is incomprehensible. The lengths they went to in order to cast doubt on Rittenhouse’s defense were worthy of declaring a mistrial. The fact that they manipulated video evidence that they gave to the defense is undisputed. And then there was the moment when ADA Binger pointed the AR-15 at the jury with his booger hook on the trigger WITHOUT CHECKING THE WEAPON. Fair to say that Kenosha doesn’t exactly have the best legal minds or good common sense in their district attorney’s office. Will there be a reckoning for Binger and Kraus, these two fools?

2) Defamation. It is all over the place. As I write, New York City Mayor Bill de Blasio tweeted out a lie that was commonly used, and then found to be completely wrong, during the trial. Kyle Rittenhouse did not transport his AR-15 across state lines.

Anthony Huber and Joseph Rosenbaum are victims. They should be alive today.

The only reason they’re not is because a violent, dangerous man chose to take a gun across state lines and start shooting people.

To call this a miscarriage of justice is an understatement. https://t.co/TwaI2ghgM5

Kyle Rittenhouse has been called a lot of things, including a white supremacist. That claim was investigated and unsubstantiated, yet it persists – all the way up to the current President of the United States. Jen Psaki dodged that question a few days ago when Peter Doocy brought it up to her. What is she going to say now?

Nick Sandmann recently reached out to Kyle Rittenhouse via an op-ed. I hope the two of them do talk at some point. And I hope Kyle’s lawyers start collecting all the evidence of defamation and start filing lawsuits.

3) Jury tampering and doxxing. It’s clear there was some kind of effort on the part of at least NBC News to track down the jurors while deliberations were still ongoing, to the point that the judge barred MSNBC from the courtroom yesterday. The judge even gave the jury notice today after the verdict was read that he wants to know if the media begin to harass them.

Judge Schroeder tells the jury to inform him if they're being harassed by the media or if their safety is threatened. pic.twitter.com/FZKV9QH2yK

There need to be REAL consequences for what NBC/MSNBC tried to pull, even as they hide behind “freelancer” verbiage and the producer who deleted her entire social media presence. Who is getting fired? Who will demand accountability here?

Everyone of good sense who believes in the Second Amendment and the right of self defense should be relieved today that justice was done. Now, we wait for the reactions of the mob, and pray that Kenosha doesn’t burn to the ground because of those who want to cling to their narrative. Praying for freezing temperatures and bad weather is a good idea, too.