Previous post
Do I Smell a Rat in the Kansas Senate Race?

Next post
Hackers Get Into HealthCare.gov Site - Is Anyone Surprised?

Yes, you read that correctly. ISIS is slithering around in Minnesota recruiting women. 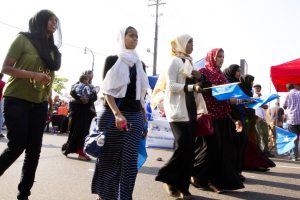 According to Esme Murphy:

The latest ISIS recruit from Minnesota is a 19-year-old woman who told her family she will be taking care of wounded fighters in Syria.

When did she leave? No one knows for sure. Who recruited her? No one will say, although some have an idea it may be a certain local woman.  What the FBI, while continuing its on-going investigation, does know is that ISIS has recruited around a dozen from the area in the last few months. Hey, at least the FBI knows something!

How is ISIS recruiting these misguided, naive young women?  With snazzy YouTube videos and money of course!

Bihi said someone on the ground in Minnesota is giving these young people money.
“Somebody in here is buying a ticket these children cannot afford,” Bihi said. “They do not know where Syria is, someone is guiding them.”

Senator Al Franken is definitely concerned and is asking for more resources.

Franken on Wednesday asked the Justice Department to commit resources to address the threat by Americans, including Minnesotans, who have traveled to the Middle East to fight with ISIL.

In the letter, Franken also said that he was “troubled” by President Obama’s recent statement that his administration had not yet put together a comprehensive strategy to address the growing threat posed by ISIL.

“We must act diligently and responsibly to prevent Americans from taking up arms with ISIL, or from re-entering our country if they do. This requires that the Justice Department use all relevant legal authorities and all appropriate resources at its disposal,” the letter said.

Neither the Justice Department nor the White House had any immediate response to Franken’s letter.

The Justice Department nor the White House had any immediate response.  Where’s my shocked face?  Of course they didn’t respond!  The DOJ is busy keeping all its focus on Ferguson.  And the White House is making sure our Putter In Chief  gets his ‘look at meeee’ moment at the Nato Summit. 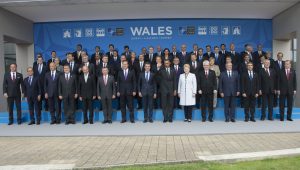 Meanwhile, we have a well-funded ISIS group running around the State of Minnesota recruiting young men and women.  Once ISIS is done with that effort?  Whats next on their game plan?  I hope we don’t find out the hard way.