Is America ‘Out of Control’? Voters Head To The Polls In 15 Days! 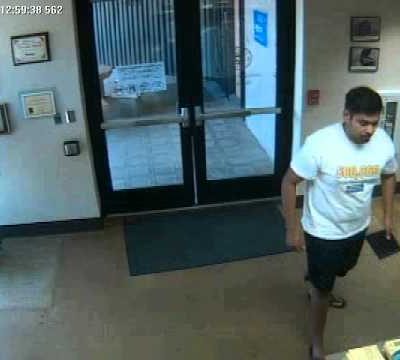 Is America ‘Out of Control’? Voters Head To The Polls In 15 Days!

Directly ahead of the November midterm elections, it would appear many Americans are waking up to the “change” that is being ruthlessly and systematically wrought in this country. A recent Politico report suggests there doesn’t seem to be much confidence or “hope” from a majority of citizens that their government has their concerns on its agenda. According to a new Politico poll,  64% believe America is ‘out of control’:

“An overwhelming majority of voters in the most competitive 2014 elections say it feels as if events in the United States are “out of control” and expressed mounting alarm about terrorism, anxiety about Ebola and harsh skepticism of both political parties only three weeks before the Nov. 4 midterms.

In a POLITICO poll testing the hardest-fought states and congressional districts of the year, two-thirds of likely voters said they feel that the United States has lost control of its major challenges. Only 36 percent said the country is “in a good position to meet its economic and national security” hurdles.”

Notwithstanding such gloomy and dismal sentiment that the government is mismanaging and misleading the population on everything from the Ebola situation, the ISIS threat, our increasingly dangerous southern border with Mexico, Obamacare, and our stagnate and inflated economy, it is now being reported the Obama administration is covertly beginning to ramp up its intentions to implement a massive executive amnesty.  This could see an allowance of up to 34,000,000 million green cards and work visas being issued over the next couple of years. From a Breitbart exclusive Sunday, October 19th:

“Unnoticed until now, a draft solicitation for bids issued by U.S. Citizenship and Immigration Services (USCIS) Oct. 6 says potential vendors must be capable of handling a “surge” scenario of 9 million id cards in one year “to support possible future immigration reform initiative requirements.”

The request for proposals says the agency will need a minimum of four million cards per year. In the “surge,” scenario in 2016, the agency would need an additional five million cards – more than double the baseline annual amount for a total of 9 million.

It certainly appears evident the Democrat party is attempting to make the mother-of-all power grabs with the ultimate goal being the establishment of a critical majority perennially voting for the promises of big government, nanny state care from cradle-to-grave. This would be, of course, at the suffering and expense of all working American citizens, including those retired, disabled, or those in need of social assistance.

In a Breitbart interview Monday with Rep. Steve King (R-IA), King is quoted as saying:

“This is the president of the United State preparing the executive branch of government to deal with a massive [number] of illegals that the president is preparing to welcome, and he has promised us for months that he is going to violate the constitution and do this, and then when he found out that it was putting some of the Democrat U.S. Senate seats in jeopardy, then he decided to delay his lawless action until after the election.”

King goes on to say: “Until we have a tighter labor supply, hard working Americans will not be [able to] sustain themselves without the welfare state, unless they are high skilled. [Obama] has pressured the middle class,” King said.

“How bad does this have to get before the American people pick up their pitchforks and go to the White House and surround the place and say, ‘Mr. President it’s time for every unconstitutional, lawless action to be rescinded and it is time for you to obey the Constitution and obey the rule of law and obey your own oath of office?’” King said.”

Is the Republic of the United States of America destined to become just another failed socialist state that drifts along through various stages of stagnation and decline? From an article at International Business Times, Obama was recently quoted as saying about the 2014 midterm elections in regards to his low popularity rating:

“I am not on the ballot this fall. Michelle’s pretty happy about that. But make no mistake: These policies are on the ballot. Every single one of them.”

Unlike Chris Matthews, who said back in 2008 that he got a “thrill up his leg everytime he heard Obama speak”, I am sincerely hoping most Americans are now having quite a different reaction to what Obama is telling us all. For me personally, I’m getting chills up my spine if we don’t reverse this treacherous course come voting day November 2014.