Next post
Is America 'Out of Control'? Voters Head To The Polls In 15 Days!

The Wendy Davis “Abortion Barbie” Campaign Show continues.  Wendy Davis, Gubernatorial Candidate for Texas, best-known for her June 2013 filibuster of an anti-abortion bill on the Texas Senate Floor, started off her week with this illuminating tweet:

Greg Abbott won't say whether he'd defend an interracial marriage ban—troubling but not surprising from someone who defends a "poll tax."

And has followed it up with a few more, including this one:

In his @mySA ed board interview, @GregAbbott_TX refused to say whether he'd defend an interracial marriage ban. pic.twitter.com/kdIX3HkAw5

And here’s his wife, Cecilia: 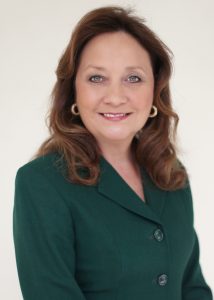 Hey Wendy?  Notice anything about Mrs. Abbott?  Such as her heritage?  Oops

As you might surmise, the reaction has been swift, biting, and laughter-inducing:

'You need to tell his poor wife!' Wendy Davis' race-baiting about Greg Abbott is an epic fail http://t.co/65ypquQpNk

Earlier this year, we find out that her campaign is mocking Greg Abbott for being paralyzed.  Then, a few short weeks ago, people around the country realized, with the airing of her horrendous “wheelchair” ad, that this is one star that is fading fast. What’s next?  Claims by Wendy that she didn’t know Greg Abbott’s wife, Cecilia, a former teacher, is of Hispanic heritage?  I think that would be a wee bit difficult to believe given the fact that A. Mrs. Abbott has been very visible in the campaign, and B. Its highly likely that both ladies crossed paths at one time or another at an event, such as the recent debate between the two candidates on September 30, 2014.  But I guess Ms. Davis isn’t one to let a minor thing like reality get in the way of her campaign, as evidenced by her epic Twitter fail today.

So, what’s next?  Well, there are only 15 days left til the election. That’s a lot of time for the next riveting chapter(s) in the Wendy “Abortion Barbie” Davis Campaign Show.