Previous post
Is America 'Out of Control'? Voters Head To The Polls In 15 Days! 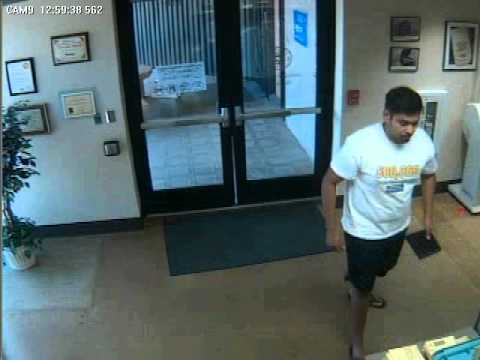 The November 4th midterms are fast approaching and Democrats are growing increasingly desperate. As polls show record low approval ratings for the party, the usual suspects are up to their typical shenanigans. Meanwhile, Debbie Wasserman Schultz is doing the Senate Hold 2014 Tour assuring the masses that her party will indeed retain the senate. That’s Debbie Speak for “We’re prepared to lie, cheat, and steal to keep Harry Reid right where he is.” To illustrate:

Back in August, and just released following a public information request, a man sporting a Citizens for a Better Arizona T-shirt was caught on surveillance camera reportedly cramming hundreds of ballots into a ballot box during the Arizona primary. Citizens for a Better Arizona is the same group who recalled a sitting Arizona Senate President, and whose web page is packed with activism on behalf of illegal aliens, er “undocumented immigrant” rights, and against “hate laws,” also known as immigration law enforcement and border security.

A.J. LaFaro [chairman of the Maricopa County Republican Party] said it all happened as he was working with the elections staff during early ballots processing. The team in charge of processing the ballots got “way ahead” so the information systems coordinator convened an extended lunch period from 11:30-1:00 p.m.

It was between 12:54 and 1:04 that LaFaro said he was seated at one of the cubicles, heard a loud thud and turned around to see the man who he claims was caught on tape stuffing “hundreds” of ballots. LaFaro described the man as a “vulgar, disrespectful, violent thug” with “no respect for our laws.” He said he would have followed the man to his car to get his tag number but “feared for [his] life.”

“America used to be a nation of laws where one person had one vote,” LaFaro said, the Daily Independent reported. ”I’m sad to say not anymore.”

Voter tip: Don’t give your ballot to anyone.

You can read the crude response allegedly offered by this “gentleman” when confronted by LaFaro here.

And over in Georgia, the senate race is a dead heat. And Democrat candidate Michelle Nunn, in an effort to refute her opponent’s charges, has once again pilfered photos of former president George H.W. Bush for a campaign ad, after already being asked to cease and desist using the former president’s image.

Her reasoning for disrespecting the wishes of President Bush?

“It was taken at an event honoring President Bush, who I worked for as CEO of his Points of Light Foundation,” she says as images of former president George H. W. Bush flash on screen.

Nice try. How about “honor” his request that you stop exploiting him to further your political career.

It’s a bold attempt to refute Perdue’s attacks — but it’s infuriated the 41st president, who has endorsed Perdue despite his previous work with Nunn.

In a statement issued Monday, Bush spokesman Jim McGrath said that “Michelle and her team have been clearly, repeatedly and consistently told that President Bush did not want them to use his photo as part of this campaign. Apparently, the Nunn team feels they can repeatedly disregard the former president’s wishes, which is very disappointing because it’s so disrespectful.”

I guess H.W.’s spokesman didn’t get the memo that Democrat politicians can do and say whatever they wish, with impunity.

And then there’s Texas’ gubernatorial candidate Wendy Davis who, on the heels of her Epic Twitter Fail of Texas-Sized Proportions, just can’t seem to quit when she’s falling progressively behind. As if mocking her wheelchair-bound opponent, then doubling down to prove her compassion by stocking a stage with disabled citizens—one of whom her staff dragged to another part of the dais—she opted to email this gem of a press release, in hopes of, well, garnering the S&M vote is the only thing that comes to mind:

Poor, perky, pink-shoed Wendy has sunk so low that this tripe, and supporting the killing of full-term babies, is all she’s got.

Now I suspect that most of you, if you’re anything like me, are not interested in what consenting adults do in their private lives, and you’d like your potential representatives to respect the wishes of a former president who has repeatedly asked said politician to stop exploiting him for her own personal political gain. And you certainly respect the sanctity of your voting rights, support voter I.D. laws, and abhor anyone who tries to override your vote by stuffing a box with ballots in an apparent attempt to silence your voices.

But then, I also suspect that most of you are probably not Democrat politicians, either. And I thank you for that.