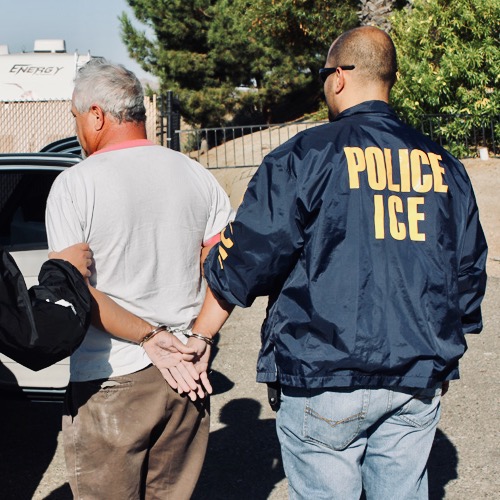 ICE can’t deport criminals. It’s just too stressful for the customer. Yes, you read that correctly. Under the Biden Administration, this is part of the “reorientation” effort.

“While ICE’s new operational plans are not yet final, interim instructions sent to senior officials point to a major shift in enforcement. Agents will no longer seek to deport immigrants for crimes such as driving under the influence and assault, and will focus instead on national security threats, recent border crossers, and people completing prison and jail terms for aggravated felony convictions.

“Generally, these convictions would not include drug based crimes (less serious offenses), simple assault, DUI, money laundering, property crimes, fraud, tax crimes, solicitation, or charges without convictions,” acting Director Tae Johnson told senior officials in a Thursday email advising them on how to operate while new guidelines are finalized.

The Biden administration is attempting to reorient ICE, a law enforcement agency that has seen its priorities swing wildly from one administration to the next. But frustrated ICE officials say the proposed changes will take away agents’ discretion and severely constrain their ability to arrest and deport criminals.”

Sanctuary cities have long hindered ICE from deporting criminals, to the detriment of public safety. As Shelby noted earlier today, there is an attempt to bring lawsuits against sanctuary cities if immigration detainers from ICE are ignored.

Given this new information regarding ICE, there will be a metric ton of immigration detainers that won’t be put in place.

Won’t be deported. According to Jen “circle back” Psaki, only those who pose a national security threat will be.

““Nobody is saying that DUIs or assaults are acceptable behavior and those arrested for such activities should be tried and sentenced as appropriate by local law enforcement, but we’re talking about prioritization of who should be deported from the country,” she went on.”

Simple assault is, evidently, not a major nor minor public safety threat. Got it. As for ICE agents wanting to put a detainer on a illegal immigrant who committed a crime? That request has to go up the chain to Washington DC. The agent will have to “justify the decision” to the agency director and persuade said director that deportation is a justifiable use of resources.

My eyes are rolling so hard at this! It is just like the riots and protests. The “mostly peaceful” riots are 100% A-ok. While the protest on January 6, 2021 is the most heinous thing ever!

An illegal arrested for assault, tax crimes, drugs, or a DUI? No big deal. That’s just a simple mistake. It’s those who pose a national security threat who are super bad.

In regards to the national security threat, the Biden team along with all Democrats have slammed President Trump’s comments about terrorists crossing our borders. Not gonna happen they cried! Except that it can happen.

What the new Biden catch-and-release border looked like early Saturday morning. Cartel coyotes smuggle them to the left while drug mules move dope on the right. Marijuana load caught on the right. pic.twitter.com/HTdthvd1CV

If families can be used as a distraction while drugs are slipped into this country, then terrorists can be smuggled in as well.

The Biden Administration had already tried to put a halt on all deportations for 100 days. Thankfully a federal judge called a halt to that. However, I’d say these memos regarding deportation are the Administration’s way of doing an end-run around the judge’s ruling.

Let’s not cause those poor misguided illegal immigrants STRESS!

“This guidance will ensure the agency is not placing undue stress on the customer who believes he/she may or may not receive an NTA based on the information provided in their denial notification,” said the email from the agency’s Service Center Operations Directorate. A copy was provided to Secrets.”

Will they receive a binky and a therapist appointment with their NTA (Notice To Appear)?? I guess this is all part of the Biden plan to create a “humane and moral” immigration system.

Hellooooo JEN! There is nothing humane or moral about letting ANY illegal who commits ANY crime stay here in the United States. Any person here illegally who commits a crime is a threat to public safety. Period.

There will be virtually no enforcement of immigration law under Biden. Most criminal offenses and fraud will be ignored. It goes way beyond an exercise of prosecutorial discretion. It is blanket nonenforcement. I predict lawsuits from Texas. @KenPaxtonTX https://t.co/FEtLt6HMba

Oh I predict lawsuits all over the country on this. Why? Because not only is the Biden Administration allowing illegals criminals to skate, thus posing a public safety risk, they are also releasing illegals who pose a PUBLIC HEALTH RISK as in…COVID.

Furthermore, as you can tell above, Jen loves to dance around all the questions. Then again, she didn’t even realize that Biden had reinstated “Catch and Release!”

MUST SEE: Jen Psaki has no idea that Joe Biden signed an executive order to resume dangerous Catch and Release!

This administration is out of control!

ICE has now had their hands tied by the Biden Administration. Only certain criminals can be deported by ICE. Given the constraints that are now in place, ICE will be deporting a very small number of illegal immigrants, while many others will seek stress relief by committing tax fraud, money laundering, identity theft, infecting U.S. citizens with COVID, and ‘simple’ assaults.