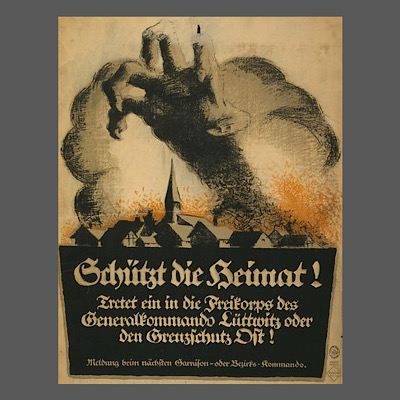 Like every soon-to-be cancelled deplorable, like every VGirl reader, like every patriot and soon to be deprogrammed insurrectionist – Paladin watches the passing scene with horror and hilarity. The sanest thing he’s heard so far came from a guardsman over at the Capitol who observed the boots-on-the-ground Sieg Heil! militarization of DC. Remarking:

“Whoever ordered this response is completely out of touch with reality.”

Just how out of touch we’ll find out soon enough.

As of today, Repeachment Day 2 the tsunami of hate shows no sign of cresting. John Hinderaker concludes, “America will not be healed until the Democrat Party returns to its senses, repudiates its current racist attitudes, and stops demonizing its opponents as what Speaker Nancy Pelosi has called “enemies of the state.”

Alas, the Democrat Party is incapable of “returning to its senses”.

They stole an election in broad daylight and got away with it. We couldn’t even have a ten-day investigation. How could they have been so emboldened and prepared?  Well, they had practice getting away with it. They all knew about Spygate. We went to bed in the USA November 3rd and November 4th woke up in Venezuela. From shock to realization—of course they were going to steal it—how could we not see it sooner? What other choice did they have?

Last November they stole an election, tomorrow they will own your face. Where will you go to avoid the Mask Police? When your fellow citizens succumb to fear? When “Over 80 percent of Americans covering their faces (sic becomes) a sign of submission to the one-party oligarchy that has replaced our constitutional republic.” So where will you go? You’ll mask up and shut up, just like they want you to.

Angelo Codevilla thinks there might be a way out.  If we start by boycotting The House — “After all, what serious person continues to deal with people who call him a terrorist and accuse him of attempted murder, unless he has a guilty conscience?” Actually, there’s many who consider themselves serious who make that devil’s deal every single day. Looking at you Mumbles McConnell.

But maybe there’ll be a shield-wall if . . . “House Republicans (sic) rent some D.C. hotel’s public rooms and there hold plenary and committee sessions that parallel and contrast the Democrats’ agenda as well as take up topics that the Democrats shun—e.g. the social media companies’ censorship, and their monopolistic practices.”

Not in DC as currently constituted. If Republican House members hole up in DC the media will call them insurrectionists.   Republican House members can always decide to return to their districts and do zoom meetings. In any case Nancy P will stop their salaries, cancel their healthcare, their security, their parking spaces and sue them for breach of something or other, or impeach them. And these statesmen of the House will weigh their perks against punishment, weigh living in DC as opposed to Podunk—and choose perks every time.

Listen to the words of a maggot in the dead corpse of Massachusetts, speaking power to truth. Yes, the maggot intends to “break your will” when it comes to using fossil fuels. Howie Carr did this first, now PJ media . . . Massachusetts Climate Official Ismay Proposes ‘Turning the Screws’ to Break Citizens’ Will” to stop climate change. Sure, the maggot got a little blowback.  Lawmakers call for immediate dismissal of Massachusetts climate undersecretary—but will it stick?  The maggot undersecretary exists to crush us and intends to do it till the day he dies. No prisoners.

As Paladin has said before – what the piranhas cannot digest are freedom’s bones – the Guns, the Food, and the Trucks. We have those. The flashpoint or growing rebellion against the totalitarian state will be fought around this high-ground. When our betters and our elites chose not to fight the stolen election, when they chose not to die on that hill—The Guns, the Food, and the Trucks became the hills to die on.

Expect tractor trailer give-aways along their routes under the cover of “hijackings”.

There’s gonna be a lot of hijackings of tractor trailers between Bakersfield and Harrisburg. Most will be reported to the police. Reported but not investigated too deeply and then billed to insurance companies.  While distribution centers in PA, NJ & Austin stand idle.  Amazon, you’re going to have to hire your own security detail for nearly every package.

That’s a taste of what’s to come should the insane piranhas of DC revel in their feeding frenzy. With the Guns, the Food, and the Trucks we must break their will. And when the Piranhas finally starve, they’ll feed on one another.

The Featured Photo is a poster created by Lucian Barnhard entitled “Schützt die Heimat!. The poster shows a village in flames with a large claw-like hand formed out of smoke posed over the buildings. Text encourages people to protect the homeland by signing up for the volunteer corps of Generalkommando Lüttwitz or the Eastern Border Protection Corps. Dated 1919. Public Domain.
.