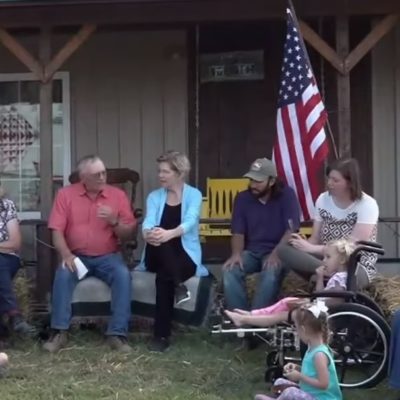 Next post
Manipulation of Votes and Media Threatens Our Nation 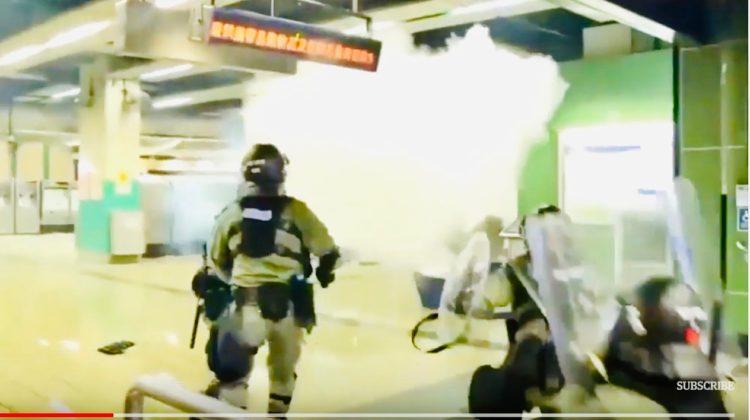 For the last ten weeks, Hong Kong has seen hundreds of thousands protesting the current government and China. This last weekend, the protests turned violent and Hong Kong’s airport came to a complete standstill.

That is disturbing commentary from China regarding the protestors. For the most part, the protests have been peaceful. That is, until this weekend when all hell broke loose.

The Hong Kong police force now has a huge PR problem on its hands given the tactics used to quell the protests. Tear-gassing civilians and protestors inside a subway terminal that meant those gassed had no escape? Violently attacking unarmed protestors?

Hong Kong police clashed with protesters at a main train station as pro-democracy protests stretched into their 10th week with no sign of either side backing down. https://t.co/l0HUC65PoT pic.twitter.com/bk9kO3kNgX

Besides disrupting world travel and causing concern in the markets, why should these protests matter to the world?

In 1984, the UK and China issued a Joint Declaration agreement that was registered by both government at the United Nations in June 1985. China would resume sovereignty over Hong Kong and its territories starting July 1997, and the UK would step down from that role at the same time. Here’s the kicker.

“In accordance with the “One country, two systems” principle agreed between the United Kingdom and the People’s Republic of China, the socialist system of the People’s Republic of China would not be practised in the Hong Kong Special Administrative Region (HKSAR), and Hong Kong’s previous capitalist system and its way of life would remain unchanged for a period of 50 years.This would have left Hong Kong unchanged until 2047.” [Emphasis Added]

It is 2019. This agreement has another twenty eight years to run. However, China had other ideas. It all started when Hong Kong’s citizens realized that proposed legislation would have let China run roughshod over them. For example, any citizen arrested and facing trial would be sent to China’s courts (which are firmly under Communist control) instead of having their case adjudicated in Hong Kong. Furthermore, the protestors are also calling for more direct elections given that many holding government office are voted into place by a large committee instead of the citizens of Hong Kong. Understandably, protestors are loudly calling for an end to the use of excessive force by the police. After the events of this weekend, can you blame them?

The Hong Kong government and China’s role in this mess isn’t a good look for either. Moreover, both look equally bad when you have this happening to protestors:

A public hospital doctor has confirmed to HKFP that a protester has suffered a ruptured eyeball and maxilla fracture after being shot by police with a projectile. #hongkongprotests #china #antiELAB #hongkong Full coverage: https://t.co/xTFFQ9TiE5 pic.twitter.com/05rFBbdV60

That protestor wasn’t the only one badly hurt over the weekend. Other protestors who, like the one above, were slammed into the pavement by police are dealing with their own injuries.

But again, what is it that the citizens of Hong Kong ultimately want? This:

ICYMI: These Hong Kong protesters were waving the American flags during their march against the China extradition bill. A protester told us why #香港 #反送 #AntiElab pic.twitter.com/9f0EOOfiY6

They want democracy, freedom, the 2nd Amendment, and for China to adhere to the original 1985/1997 agreement. These are pro-democracy protests, yet China is calling the events acts of terrorism and is blaming foreign forces, while at the same time Hong Kong police deploy undercover officers masquerading as protestors. The Hong Kong police, as reported by the Washington Post, plans to send truck mounted water cannon out today to disperse any protestors. That will be a GREAT visual won’t it?

China’s state media has ordered Hong Kong citizens to stop protesting because, “If you challenge the bottom line [of Chinese sovereignty] how far do you think you can stay in China before your body becomes cold?” That is literally a threat from the Chinese government to everyone in Hong Kong. China has also threatened businesses who allow their employees to strike or protest. Cathay Pacific Airlines has already fired a pilot and several others for participating.

The Hong Kong protests matter greatly to them and to the world. Senate Majority Leader Mitch McConnell just informed the China and Hong Kong governments that the protestors are standing up to China’s encroachment on their freedom, and “Any violent crackdown would be completely unacceptable. … The world is watching.”

The world is indeed watching. If the Hong Kong and China governments want to come out of this in a positive manner, it would be a damn good idea if they tried negotiating instead of violence.