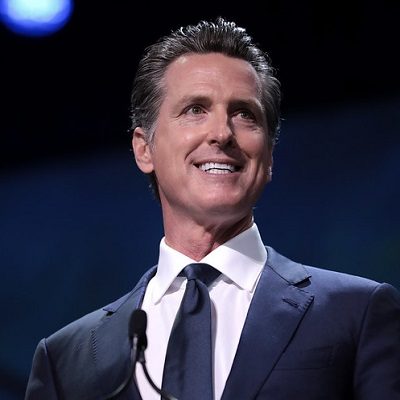 Next post
Campaign to recall Gavin Newsom is official 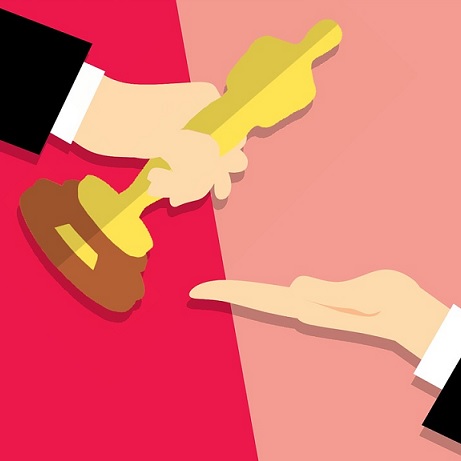 It’s fair to say that almost no one in the American public cared about Hollywood or the Oscars last night.

How can I be sure? Well, it was a foregone conclusion that only Hollywood cared about these movies that were nominated for Best Picture. The American public was forced to spend a year at home, watching whatever was available on streaming services because movie theaters were forcibly closed by the government, and these movies were the best that they could do? Movies that no one had actually watched, but satisfied all of the social justice elements that Hollywood deeply cared about.

And then Hollywood, after seeing the boring failures of other awards shows that were essentially long form Zoom calls, decided that they were going to be in-person. First, they had to pick a venue that allowed for distancing. Second, they had to kick the homeless out of the view of the cameras – nope, not joking.

For the first time in its history, the 93rd Academy Awards is being held at Union Station in Downtown Los Angeles.”

It’s an area that is plagued by homelessness. But come Oscar Sunday, the homeless will not be seen anywhere near Union Station.”

“They came to us about a week ago saying that we had to move by Friday 6 p.m. because they were trying to clean up for the Oscars and they told us if we didn’t move, they were gonna just demolish our stuff,” says DJ, a man living in a tent in downtown Los Angeles.”

DJ says the city did offer an option.”

“They forced us to go to the Grand Hotel on 3rd and Figueroa and they kicked everybody out of Union Station so it looks better for the image,” says DJ.”

Anyone else shocked? Of course not. The unwashed homeless can’t be allowed anywhere near these pretty people, these oh-so-enlightened betters who memorize words off a page and then expect to be treated like royalty.

Which is why Tyler Perry’s acceptance speech stung the Hollywood conscience and riled up the left on Twitter. You see, Tyler Perry has always come across as a genuine person who rose up from very humble beginnings to achieve great success, but remembered the lessons of how he got there. (For the record, his Diary of a Mad Black Woman is an excellent film about grace and forgiveness, not to mention being completely hilarious in certain moments.) And his speech, accepting the Jean Hersholt Humanitarian Award, reflected that.

In his acceptance speech Sunday for the Jean Hersholt Humanitarian Award, Perry shared with the audience that his mother taught him to “refuse hate” and to “refuse blanket judgment.”

“And in this time, with all of the internet and social media and algorithms and everything that wants us to think a certain way, the 24-hour news cycle, it is my hope that all of us would teach our kids, and I want to remember: Just refuse hate. Don’t hate anybody,” he said.

Cue the Twitter outrage mob because Tyler Perry refuses to hate the police.

Police officers are not an oppressed group. No one “hates” the police because of undue prejudice. It’s because they engage in state-sanctioned violence against all of the groups Tyler Perry said we shouldn’t hate! #Oscars

And that was one of the nicer ones. But I don’t have time to fall down that particular hole on Twitter. Needless to say, Perry’s speech was in direct contrast to an earlier message of absolute social wokeness from live-action short film winner Travon Free.

A guy you've never heard of just won an award in a category few care about (live action short). He took time out of his acceptance speech to call cops killers… without mentioning the people they killed were almost all armed at the time. That context actually matters. pic.twitter.com/ORXgYDGsyJ

Between Free’s acceptance speech and Regina King’s comments about marching if the Chauvin verdict hadn’t gone the way she wanted, it’s little wonder that the viewing public tuned out. Tyler Perry had a good message. Guess what? Everyone can see it on Twitter or YouTube, just like I did. Who needs to sit through hours of self-congratulatory wokeness when you can just catch the important highlights via social media later?

It seems that everyone else has finally figured that part out. The ratings have come in and… if actions speak louder than words, Hollywood is in deep trouble.

Per Nielsen Live+Same Day preliminary national numbers, an average of 9.85 million viewers tuned in on Sunday evening to watch a more intimate and stripped-down version of the Oscars in the midst of a pandemic. That’s a 58.3%, 13.75 million viewer drop-off from last year. The Academy’s third host-less show in a row scored a 1.9 rating among adults 18-49 in the fast national ratings, a 64.2% dip from 2020.”

For comparison, last year’s ceremony garnered a 5.3 rating in the key demographic and 23.6 million viewers per the night’s time-zone adjusted fast national charts. The Oscars in 2019 delivered a 7.7 rating in adults 18-49 and 29.6 million viewers. While up 12% from 2018, that viewership figure represented the second-smallest audience ever for an Academy Awards telecast at the time. 2018 delivered the previous smallest viewership tally with 26.5 million viewers.”

Why, it’s almost as if people won’t watch when you nominate movies they have never seen, and don’t want to be lectured about how perfectly woke Hollywood is compared to all you peasants out there (but please go spend your money watching our very depressing woke art house movies). Those numbers should be a wake-up call to Hollywood about how they do award shows. Long gone are the days of Hollywood glamour and mystique. Now, we are constantly barraged with celebrity tabloid news and celebrity social justice Twitter. Anyone else remember how the celebrities reassured us during the early days of COVID that “we were all in this together” as they sang “Imagine” from their palatial mansions, while many Americans lined up at food banks? Yeah, good times.

Imagine no televised Hollywood award shows where the rich and famous give speeches about their own social wokeness. It’s easy if you try. And last night, the American viewing public proved it.