Next post
Hollywood Collapses Under Weight Of Woke Ego 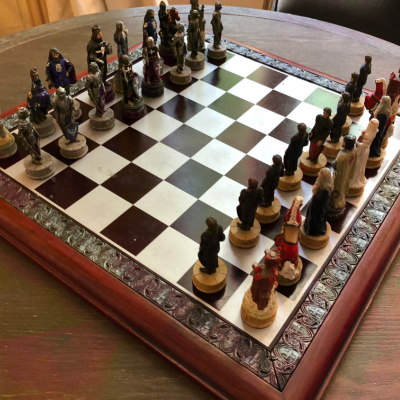 This coming Wednesday, Joe Biden will present his joint address to both session of Congress. On Thursday, he will travel to Georgia for a drive-in rally. Less than a month ago, Joe Biden “strongly supported” Major League Baseball pulling it’s All-Star Game from this same state. Biden is the Grandmaster of Hypocrisy.

First, we have to define “Joe Biden”. For purposes of our discussion here, when I say Joe Biden, I am not talking about Joe Biden the frail, doddering, dementia-addled man. I am also not talking about the man who has been a Washington, D.C. fixture for nearly half a century. Joe Biden, as defined here, is the creation of the D.C. Swamp, the Demoncrat Party, and the Media Industrial Complex. We may have some ideas who is giving the directives behind the scenes (Barack Obama and Valerie Jarrett, among others), but we know Dementia Joe ain’t the one.

Joe Biden’s mode of being has always been hypocrisy. What has changed? Joe Biden, in his heyday, was a dumber than a post, finger in the air, liar. Oval Office Joe Biden gaslights the American people on a daily basis. His puppet masters know they can get away with it, because 40 years of indoctrination in the government education system has robbed generations of the ability to think critically. The Harris/Biden Administration has been roiling in hypocrisy since before it was installed. These people look out over the chess board of America and know that they can say and do anything and not be called out.

On Wednesday, April 28, 2021, Joe Biden will give his address to the Joint Session of Congress. The Joint Session or State of the Union Address is traditionally given in January or February. No questions were ever asked why Harris/Biden delayed the speech.

What has caught our attention and has sealed Joe Biden as the Grandmaster of Hypocrisy is his trip to Georgia scheduled for the next day.

Joe Biden, if you will recall, strongly supported Major League Baseball pull the All-Star game from Atlanta after the State of Georgia passed the Election Integrity Act.

If you can’t or don’t care to watch the video, here is the write up from the Daily Beast:

Speaking to ESPN on Wednesday night, the president singled-out the upcoming Major League Baseball All-Star Game in Atlanta, and said he would give his full support if the MLB decided to move the game out of Georgia. “I think today’s professional athletes are acting incredibly responsibly,” Biden told ESPN’s Sage Steele in an interview. “I would strongly support them doing that. People look to them. They’re leaders.” Biden went on to describe the new laws—which would place ID requirements on voting and limit the use of ballot drop boxes—as “Jim Crow on steroids.”

Rational adults don’t think of ball players as “leaders”, and, as Deanna wrote, the relocated MLB All-Star game will be in a state with harder voting rules than Georgia.

Yes, Joe Biden and the hypocrites who control him will go to the “Jim Crow on steroids” state. The lying media industrial complex and woke companies cost Georgia an estimated $100,000,000.00. But they have no problem going to Jim Crow Georgia themselves. Just for that extra measure of hypocrisy, the infrastructure rally and celebration of Joe’s 100th day will be a drive-in rally. Joe Biden promised to cut greenhouse emissions by 52% by the year 2035. The New York Post had this to say:

President Biden appeared to send a very mixed message Friday, saying he will mark his 100th day in office with a Georgia “drive-in rally” to promote his policy agenda — including phasing out fossil fuels.

Pro-Biden car owners will spew greenhouse gases in the parking lot of a yet-to-be-named venue in the Atlanta metro area, the Atlanta Journal-Constitution first reported.

To obtain this level of hypocrisy, one needs hubris, a compliant media, and a population of sheeple. And, how much will this “Presidential” visit cost the State of Georgia?

On Thursday, while selling his “infrastructure” plan, Grandmaster of Hypocrisy Joe Biden will stand before a couple dozen cars, spewing greenhouse gases. Inside those cars will be socially distanced, double-masked sheeple. If y’all believe that this idiot got 80,000,000 votes, go join the sheeple. Don’t forget your double-masks.