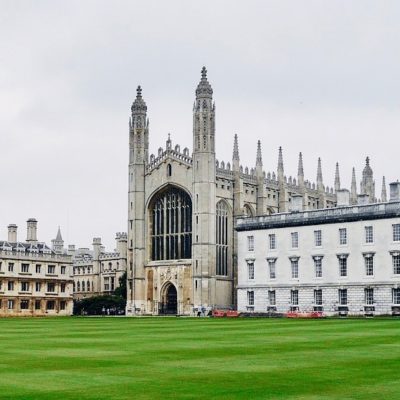 Next post
Michael Bloomberg Has Dangerous Ideas About China

Kamala Harris has finally come to the same conclusion that the rest of the country made a long time ago. She’s never going to be President of the United States.

Harris announced this morning, first to her campaign staff and then via a post on Medium that she then tweeted out, that her presidential campaign is over.

To my supporters, it is with deep regret—but also with deep gratitude—that I am suspending my campaign today.

But I want to be clear with you: I will keep fighting every day for what this campaign has been about. Justice for the People. All the people.https://t.co/92Hk7DHHbR

The Medium post makes it clear that she was out of funds to keep the campaign bus running long enough for primary voters to take another look at her.

I’ve taken stock and looked at this from every angle, and over the last few days have come to one of the hardest decisions of my life.”

My campaign for president simply doesn’t have the financial resources we need to continue.”

I’m not a billionaire. I can’t fund my own campaign. And as the campaign has gone on, it’s become harder and harder to raise the money we need to compete.”

In good faith, I can’t tell you, my supporters and volunteers, that I have a path forward if I don’t believe I do.”

So, to you my supporters, it is with deep regret — but also with deep gratitude — that I am suspending my campaign today.”

Harris had precisely one shining moment in her presidential campaign where it looked like she might be in the top tier, and that was when she lit into Joe Biden during their first debate together. Her surge in the polls was short-lived, as Democrat voters learned very quickly a few hard truths about Kamala Harris.

2) There was nothing real or genuine about her, right down to her fake giggles at the weirdest times during speeches and debates.

3) She could not think on her feet. When asked unexpected questions (like about Jussie Smollett or Hunter Biden), the voters were treated to long stretches of “ummms” or awkward laughs as she stalled for time to think of an answer.

All this added up to lack of momentum, lack of poll numbers, and ultimately, a lack of donations to keep the Harris campaign going. Her dropping out is only notable because the left is bemoaning what is being left behind.

Kamala Harris officially ended her campaign today, which means that all of the candidates who currently qualify for the December Democratic debate are white (Sanders, Warren, Biden, Buttigieg, Klobuchar, and Steyer).

White supremacy is not just a Fox News problem, folks.

Everyone take a moment to consider the feels of poor Lauren Duca. Or not. Maaaaaaaaybe, just maybe, Lauren, Kamala Harris was a bad candidate. The voters realized that she was a huge fake who longed for executive powers to wield that would have made her akin to a dictator. Maybe this has nothing to do with race or gender. Maybe Kamala Harris is just a terrible politician.

Or maybe all those Democrat primary voters are racist and sexist. Your call, Lauren Duca.

This will not be the end of Harris on the national stage, of course – she will probably continue to be reelected as senator from California ad infinitum, and she will continue to command a national profile that way. Her odds of being selected as a vice-presidential candidate are extraordinarily low, since the only thing she can offer to a ticket is her intersectionality, not her ideas or personality. So, good riddance to presidential candidate Harris. Let us hope that this stops her from ever trying to run for president again.