Previous post
Hunter Goes On Vacation With Joe And Jill 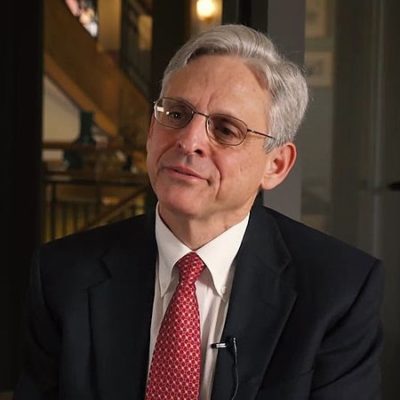 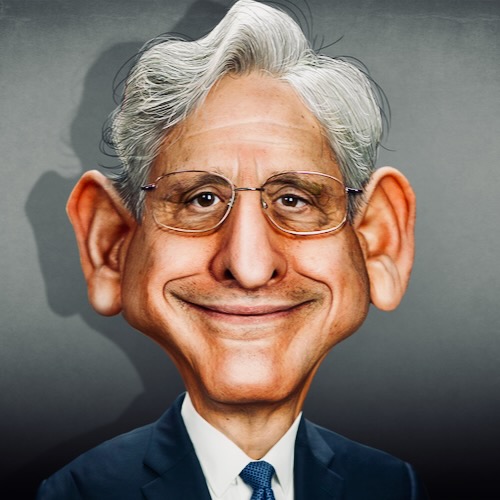 Merrick Garland stepped up and admitted what we already knew. He personally signed off on the warrant to raid Mar-A-Lago and search the premises for anything they could conceivably find that might finally incriminate President Donald J Trump.

Attorney General Merrick Garland announced Thursday that the Justice Department has filed a motion for a judge to unseal the court-authorized warrant that led FBI agents to search the Florida residence of former President Donald Trump.

Garland, noting the “substantial” public interest in the matter, said he personally authorized the request for a search warrant and decided to file the motion to unseal since Trump had confirmed to the public that the FBI raided his property.

Read the above again. Garland is only holding the press conference and admitting his involvement in the matter because of “substantial” public interest. Let me tell you something buddy. The INTEREST is because the FBI and DOJ have totally and completely overstepped in this matter.

In a matter of hours it became glaringly evident that…

A. The judge has some very specific issues with objectivity regarding President Trump and his background regarding Jeffrey Epstein is highly problematic.

B. Garland has had an ax to grind with Trump from the very beginning.

C. Rational Americans all over the country who live in reality, no matter the party, have long realized the DOJ and FBI are highly weaponized against conservatives. Compare Trump’s case(s) to Hillary or Hunter and it’s easy to see the difference.

D. Trump and team have been cooperating all along with the National Archives and others, so this raid (that the media now demands we DON’T call a raid) caused the level of trust that anyone had left in those two organizations to implode into oblivion.

According to senior White House officials, no one knew this press conference was coming.

As we await AG Merrick Garland and his statement, a senior WH official tells me the Biden WH was not informed this was happening:
"We have had no notice that he was giving remarks and no briefing on the content of them."

That said, Garland used some of his time at the press conference to whinge and whine about the attacks on integrity of the DOJ and FBI.

AG GARLAND: "The men and women at the FBI and the Justice Department are dedicated, patriotic, public servants. Every day they protect the American people from violent crime, terrorism and other threats to their safety, while safeguarding our civil rights." pic.twitter.com/ipc4r7EmTl

I’ll wait til you stop laughing. Oh, it’s going to take a while? Catch up when you are able.

The integrity of BOTH organizations has been in the toilet for years. It’s been in the sewer since 2016. And now, Garland wants to try and lecture all of us about how the “integrity” of both organizations is above reproach? He really thinks we are clueless and will believe as we are told.

Garland: I have made clear the DOJ will speak through its court filings and it’s work. Just now the DOJ has filed a motion to unseal a search warrant and a property receipt… pic.twitter.com/BOuVP1MgdS

This as FBI Director Chris Wray tried to cut a hearing short so he could use a government plane to go on vacation. And then, today, Wray lectured people (meaning conservatives) about lashing out in anger after the Mar-A-Lago raid.

The left used violent rhetoric and threats of violence against judges for weeks. The FBI didn’t denounce a single instance. https://t.co/eojTxK5aum

Dear Washington Post and the rest of the media, it was a raid and changing headlines plus tone policing and doing your best to provide cover for Garland doesn’t change that fact.

Again, Merrick Garland went public and admitted that he personally signed off on the warrant application, which Judge Reinhart then approved. He spent a few minutes whining about how no one likes the weaponized DOJ or the FBI anymore, and how people shouldn’t be questioning the integrity of two very fair and balanced agencies.

Did Garland offer up any information as to WHY the warrant was requested in the first place? No. And likely never will unless forced to by a Republican-led Congress.

This statement from Garland was infuriating.

This was an outright partisan attack by the DOJ and FBI. Both agencies have been partisan and weaponized for far too long now. Applying the law evenly went out the window years ago and all the gaslighting by the AG doesn’t change that fact.

This raid was wrong on all levels, especially Constitutionally. Merrick Garland just proved that he knew it was wrong, but went ahead anyway because of his own personal animosity against President Trump.