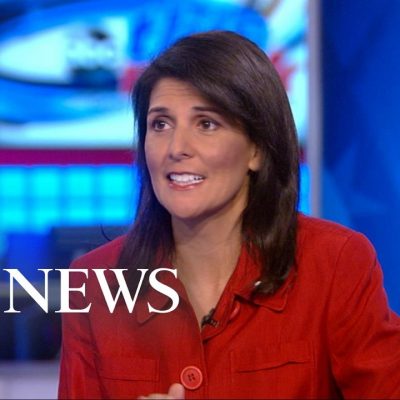 Previous post
North Korea Fires Another Missile, Will Anyone Do Anything This Time? [VIDEO] 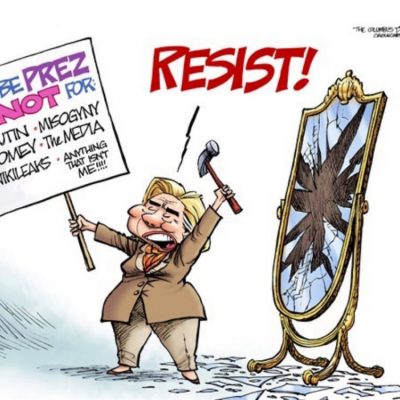 Next post
Hillary Launches “Onward Together” PAC, Then Social Media Reminds Her Why She Lost 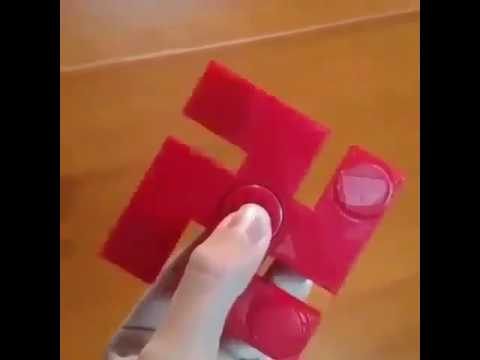 File this one under “things that should make the planet stop turning because the stupidity has damaged the laws of physics.”

The new hot take from the left media? Fidget spinners are symbols of oppression and selfishness and all the horrible things EVER.


I’m sorry, did that totally woke hot take hurt you? Well, just listen to your intellectual betters. Here, Ian Bogost of the Atlantic tells us why the fidget spinner is the embodiment of everything wrong with 2017.

It is a toy for the hand alone—for the individual. Ours is not an era characterized by collaboration between humans and earth—or Earth, for that matter. Whether through libertarian self-reliance or autarchic writ, human effort is first seen as individual effort—especially in the West. Bootstraps-thinking pervades the upper echelons of contemporary American life, from Silicon Valley to the White House. But it also underwrites more marginal plights. When some non-neurotypical fidget spinners shun scientific verification of the device’s therapeutic value, they do so by affirming their individual ability—and right—to self-diagnose and self-treat.

If you can understand what he’s trying to say, please feel free to translate for the rest of humanity. But he goes on:

In the case of the fidget spinner, the temporary victory of joining in the commentary also offers succor. In an uncertain global environment biting its nails over new threats of economic precarity, global autocracy, nuclear war, planetary death, and all the rest, the fidget spinner offers the relief of a non-serious, content-free topic that harms no one. At a time when so many feel so threatened, aren’t handheld, low-friction tops the very thing we fight for?

Then commerce validates the spinner’s cultural status. For no cultural or social trend is valid without someone becoming wealthy, and someone else losing out. And soon enough, the fidget spinner will stand aside, its moment having been strip-mined for all its spoils at once. The only dream dreamed more often than the dream of individual knowledge and power is the dream of easy, immediate wealth, which now amounts to the same thing.

Honestly, I’d be afraid to let Ian Bogost near a sharp knife and a loaf of bread. But it gets better (worse?). Here’s the New Yorker’s Rebecca Mead also turning up her nose at the fidget spinner. Because Trump.

The fidget spinner, it could be argued, is the perfect toy for the age of Trump. Unlike the Tamagotchi, it does not encourage its owner to take anyone else’s feelings or needs into account. Rather, it enables and even encourages the setting of one’s own interests above everyone else’s. It induces solipsism, selfishness, and outright rudeness. It does not, as the Rubik’s Cube does, reward higher-level intellection. Rather, it encourages the abdication of thought, and promotes a proliferation of mindlessness, and it does so at a historical moment when the President has proved himself to be pathologically prone to distraction and incapable of formulating a coherent idea.

Is it any surprise that, given the topsy-turvy world in which we now live, spinning one’s wheels—formerly the very definition of a fruitless, frustrating activity that is best avoided—has been recast as a diverting recreation, and embraced by a mass audience? Last week, as the House voted to overturn the Affordable Care Act, millions of parents of children with special needs—those for whom the fidget spinner might arguably have a legitimate use—began to worry, once again, about their children becoming uninsured, or uninsurable, an outcome the President had promised on the campaign trail would not occur. This week, after summarily firing James Comey, the head of the F.B.I., while Comey was conducting an investigation into the Trump campaign’s ties to Russia, the President, with the help of his surrogates, issued a baffling series of contradictory explanations for what looks increasingly like the unapologetic gesture of a would-be despot. Each day, it becomes more apparent that Trump is toying with our democracy, shamelessly betting that the public will be too distracted and too stupefied to register that what he is spinning are lies.

I’m tempted to ask Rebecca Mead if she hurt herself making that stretch. But of course, because the internet knows no bounds, the movement is now afoot to make the fidget spinner the new symbol of white supremacy… because people have made swastika spinners, and hey, the internet is bored and has nothing better to do.

Look, I get it. The fidget spinner is the latest fad. I personally know kids on the autism spectrum and who have ADHD who think these things are great. I know the effectiveness is debatable. But if the navel-gazing left could just not make a trendy toy fad the end of civilization as we know it, or an indictment of American politics, then MAYBE the crazy people who want to see oppression under every brightly colored toy would find less of an echo chamber on the internet to encourage their stupidity.