Previous post
Drone Down, So Fox Reporter Gets A Helicopter Ride 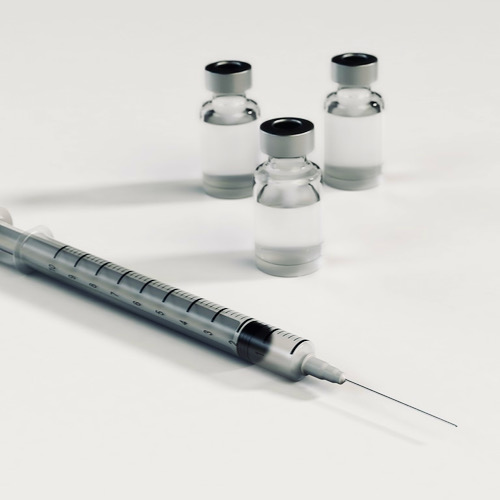 Evidently the FDA isn’t interested in toeing the Biden Admin line 24/7. Yesterday the committee ruled that booster shots should only be administered to those 65 years of age and older.

Expert advisers to the Food and Drug Administration voted unanimously Friday to recommend that the agency authorize a booster shot of the Pfizer-BioNTech coronavirus vaccine six months after vaccination for people 65 years and older and for anyone at risk for severe illness.

The vote is not binding, and Peter Marks, the FDA official overseeing coronavirus vaccines, indicated that the final decision could be slightly different, encompassing people who are at higher risk of infection because of their professions, such as health-care workers and front-line employees, including teachers. The advisory committee members were polled on whether they would agree with making boosters available to people who were at risk of infection because of workplace exposure, and they all said yes.

As noted above, the decision isn’t final until sometime next week, and the committee’s vote could potentially be reversed. That said, it’s worth noting that the Biden Administration wanted and pushed for blanket approval for booster shots for those age 16 and older, no matter the circumstances of those individual’s health. It’s also worth noting that I know quite a number of folks who’ve already gotten their booster shots. So, this FDA committee decision certainly comes at an interesting time.

Most if not all the members of the committee had reservations about a blanket endorsement of booster shots for all.

“It’s likely beneficial, in my opinion, for the elderly, and may eventually be indicated for the general population. I just don’t think we’re there yet in terms of the data,” said Dr. Ofer Levy, a vaccine and infectious disease specialist at Boston Children’s Hospital.

Which, quite honestly, is an interesting statement given we’ve been ordered since March 2020 to TRUST THE DATA that is thrown at us. People have been kicked off social media for questioning the data, but now, with this vote, the FDA is telling us to be leery of the data. In fact, much of the hearing involved pushback from the committee members who were questioning the data from Pfizer, the scientists from Israel, and more.

By golly, these mixed messages are headache inducing. Especially when the FDA shows this during the meeting!

Well now, that’s quite something isn’t it? Especially since we have the CDC and state public health departments telling us that recommendations for masks ackshually mean it’s the law. If the risk is that low for a healthy 30 yr old, one has to wonder how much LOWER the risk is for young kids?

Meanwhile, the CATO Institute had an interesting take on yesterday’s FDA decision.

Many people may be comfortable knowing that the vaccination protects them against severe illness and are willing to take their chances on a breakthrough infection that is likely to be mild to moderate. But others may make different risk/​benefit assessments. For example, some may not want to risk giving it to their children and having to keep them home from school. Others may not be able to afford quarantining at home and missing work.

Alas, the FDA panel has made the decision for them.

This is one of the dangers of concentrating all decision‐​making authority in a government monopoly agency. It invites inevitable politicization of the process and violates individual autonomy.

Quite honestly, CATO makes a good point. For all our lives, we’ve been able to take realistic assessments of ourselves and chart our own path for work, for our families, and for our health. Since March 2020, our individual choice to make health decisions in OUR best interest were thrown out the window. The government has spent 20 months telling us that THEY know best.

Our kids were told to mask up, even though data largely showed it wasn’t effective. We were told by the “experts” which businesses were essential and which ones weren’t. We were told by politicians that any vaccine approved while Trump was President was to be regarded with massive levels of skepticism. We were then told by the SAME politicians just a few months later that the vaccines were outstanding and please, everyone run and get the shot ASAP!

Meanwhile, anyone who took a good hard look at their own selves, their lifestyle, and made (for the most part) a rational decision in regards to their own health, has been constantly told that personal choice is no longer an option.

Yesterday the FDA decided that booster shots, which many have already had, should be limited to those 65 years and older and folks with major underlying comorbidities. It won’t be final until the FDA Commissioner makes the ruling. however, this is indeed a direct rebuke of a major Biden Administration mandate.