Next post
FDA Rules Against Biden, Booster Shots Only For 65 And Older 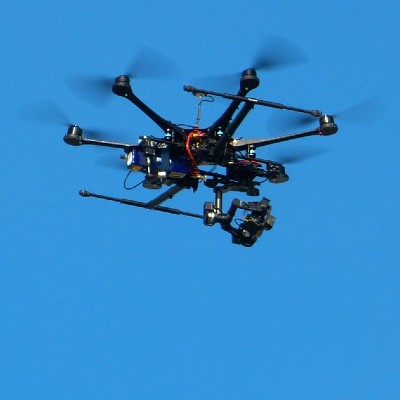 No drones, said the FAA – who shut down the airspace around the southern border area around Del Rio, Texas – to Fox News reporter Bill Melugin.

You see, Melugin has been diligently covering the southern border crisis (just check his Twitter feed), and the Biden administration doesn’t want to hear about it. After all, Kamala Harris was put in charge, so problem solved, right?

Hardly. Once news of Melugin’s drone usage being shut down was known, Senator Ted Cruz decided to take a camera to the border himself to have a look. It was not pretty.

Cruz also spilled the beans on why the sudden increase at the southern border is happening.

Let me tell you something stunning that I learned tonight about why this happened because this is a manmade crisis. Eight days ago on September 8th, under that same bridge, there were between 700 and 1,000. That was what was coming a day, about 1,000, sometimes 1,100, but it would range between 700-1,100.”

Then 8 ago, on September 8th, the Biden administration made a political decision. They announced that they were no longer going to fly deportation flights back to Haiti. 85% of the people under there are from Haiti. They’re fleeing from Haiti. They announced they weren’t going back. There were about 900 Haitians who were getting ready to board the flights when the political operatives in Washington canceled the flights. Well, what happened? Those 900 people, they all pulled out their cell phones and they e-mailed their friends and they e-mailed their families and they texted their friends and their families.”

And with that revelation, all is made clear. Kamala Harris said “do not come” on camera, while the Biden team quietly opened the back door to let people in anyway.

So of course Bill Melugin can’t use a drone to take pictures of the increasing numbers. So local law enforcement gave Melugin a helicopter ride to get his pictures.

Our border is *wide-open*

This is BIDEN'S border crisis. pic.twitter.com/QgcEbV8ZFv

First, how absolutely awesome is it that Melugin got a helicopter ride from local law enforcement to get video footage beyond what the drone could even do??? Second, this situation is bad. It’s beyond bad. Aren’t we supposed to be very very very concerned about COVID and getting people vaccinated? Well, the State Department announced on Wednesday that all people applying for immigration need to get vaccinated or show proof of vaccination. That’s if you’re APPLYING for immigration. I’ve looked at the update and I can’t see where this would apply to any of the illegal immigrants at the border. If they’re applying for anything at all, it would be asylum, not immigration. This rule only applies to immigrants who are required to undergo a medical exam. I get the distinct feeling that this isn’t happening here. So, in addition to a numbers crisis, we’re now looking at a public health problem.

.@BillFOXLA: “They’re just congregating under the bridge…It is safe to say these numbers are pushing at least 11,000…You’re going to have some serious Covid concerns…Haiti has a Covid-19 vaccination rate of less than 1%…Probably looking at some serious…health issues” pic.twitter.com/VWqATWYmKF

The real irony here is that by shutting down the drone, the FAA unintentionally drew attention to the thing the Biden Administration DIDN’T want covered. Streisand Effect, anyone? If Melugin had been allowed to use his drone, then the story would have been limited to his regular audience. By shutting it down, it got a senator’s attention. That senator then went to film the border for himself, and got the attention of an even BIGGER audience. And now, with even more people paying attention, Melugin then got a helicopter ride to show even MORE video of what is happening at the border.

No wonder the FAA decided that this was more trouble than it was worth, and gave Fox News a waiver for the drone to be used in their “special security” area.

Thank you to @TxDPS for taking us up in the chopper today while our drone was grounded by the Feds. The true scope of the situation in Del Rio is seen best from the air.
Also happy to report the FAA has cleared us to fly our drone again after FOX submitted a waiver. pic.twitter.com/ACG6IGxryL

If this wasn’t such a dire human crisis, the FAA’s realization that they really screwed up here would be hilarious.

The bottom line is that the Biden-Harris administration is failing on all fronts right now. There is not a single area – border security, foriegn policy, public health, domestic agenda, economic stability – where they can claim any kind of success. The old mainstream media sometimes has to cover the disasters – like Afghanistan – but has been studiously ignoring things like the aftermath of Hurricane Ida in Louisiana, where some people are STILL without power 15 days after the storm, or the southern border being wide open and flooded with people. Why? The vast majority of the media is covering for Biden, as they did during the entire election. The fact that Bill Melugin was the only one affected by the FAA’s ban on drones in the Del Rio area tells us something about the media, and it’s nothing good.