Next post
Steve Bannon Indicted, Will Turn Himself In On Monday 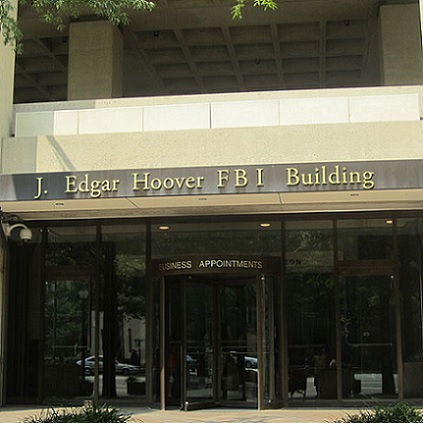 The FBI has some explaining to do when it comes to what is going on with their searches of, raids on, and leaks from their investigation of Project Veritas.

Firstly, the Department of Justice should absolutely be explaining WHY the FBI is investigating Project Veritas. If this is truly all about Ashley Biden’s diary, then we have a massive problem with the Biden White House weaponizing the FBI to punish anyone who may have seen the diary involved. As all parties agree, Project Veritas NEVER PUBLISHED any content from Ashley Biden’s diary. So, why is there a grand jury convened? What crime was committed? Is Project Veritas being accused of the theft of the diary, or something else? (These were among the questions that Jonathan Turley asked.)

Without transparent answers as to why the FBI is actively pursuing Project Veritas, the next part of this story looks even sketchier and is raising the eyebrows of those on the other side of the aisle.

Even though, as James O’Keefe says, Project Veritas was instructed to not talk about the grand jury investigation or the subpoena, someone from the New York Times was tipped off, and then called Project Veritas for comment.

But while the Department of Justice requested us to not disclose the existence of the subpoena, something very unusual happened. Within an hour of one of our reporters’ homes being secretly raided by the FBI, The New York Times, who we are currently suing for defamation, contacted the Project Veritas reporter for comment. We do not know how The New York Times was aware of the execution of a search warrant at our reporter’s home, or the subject matter of the search warrant, as a Grand Jury investigation is secret.”

What this means is that someone from either the FBI or the Department of Justice tipped off the New York Times – which, as O’Keefe notes, Project Veritas is suing – regarding the events involved. And now, the evidence of a leak from the FBI has just exploded, and someone needs to be held to account. You see, the New York Times has now published a new story about Project Veritas – revealing that they have copies of Project Veritas’s internal documents detailing how the organization operates, and how they are – brace yourselves – staying within the letter of the law while doing their undercover investigations.

Project Veritas has long occupied a gray area between investigative journalism and political spying, and internal documents obtained by The New York Times reveal the extent to which the group has worked with its lawyers to gauge how far its deceptive reporting practices can go before running afoul of federal laws.”

The documents, a series of memos written by the group’s lawyer, detail ways for Project Veritas sting operations — which typically diverge from standard journalistic practice by employing people who mask their real identities or create fake ones to infiltrate target organizations — to avoid breaking federal statutes such as the law against lying to government officials.”

The documents give new insight into the workings of the group at a time when it faces potential legal peril in the diary investigation — and has signaled that its defense will rely in part on casting itself as a journalistic organization protected by the First Amendment.”

The legal documents obtained by The Times were written several years ago, at a time when Project Veritas was remaking itself from a small operation running on a shoestring budget to a group more closely modeled on a small intelligence-gathering organization.”

Project Veritas’s exploration of law aside, how in the everloving HELL did the New York Times get their hands on these documents, which clearly have nothing to do with a grand jury investigation into Ashley Biden’s diary? Well, chain of possession of said documents clearly points to…. the FBI.

This is nuts. The FBI is LEAKING O’Keefe’s privileged info to the NYT.

Something deeply, truly, wretchedly stinks here. Remember that the New York Times is BEING SUED by Project Veritas, and someone has just given them internal documents from the organization that is suing them. Hmmmmm.

To top it all off, a federal judge has now issued an order to the FBI to stop taking data from James O’Keefe’s phones, with briefings scheduled for next week.

BREAKING! The federal court has just ordered the DOJ to STOP extracting data from our client, journalist James O’Keefe’s phone, and ordered a hearing. Counsel for Project Veritas asked the court to do this yesterday! pic.twitter.com/nBrmf4myuj

O’Keefe’s lawyer, Harmeet Dhillon, went on Tucker Carlson last night to try and untangle this unholy mess that the FBI and the New York Times have created.

What’s even worse about all of this is given the amount of power the FBI has, why would any rational person attempt to cooperate with them without personal legal counsel? How do you even stop the “deep state” mentality from clearly doing the political bidding of the Biden administration? Again, we have to ask – what is going on with Ashley Biden’s diary that necessitates a federal case? Or was this a convenient excuse – or worse, a set-up job with the diary as bait – to try and eliminate Project Veritas as a thorn in the side of the political and media establishment?

And here’s another question: will Republicans dare to ask the FBI some tough questions about information being leaked? Or do we the people have no one in government who cares about abuses of power like this?