Next post
Truscott: Republicans Are The Death Wish Party 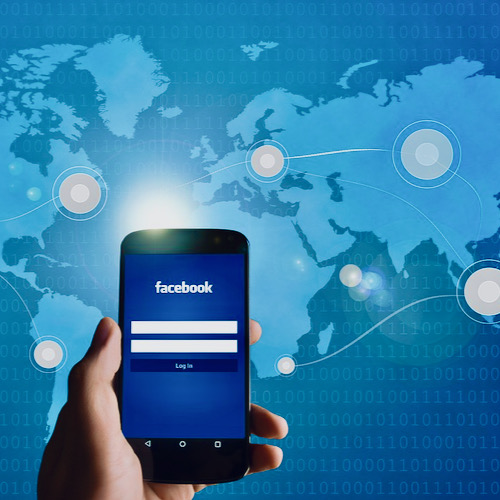 Understandably many people are looking at the White House actions and calling it what it is. Government censorship.  However, others, specifically Democrats and the majority of the media are fine with this. Terming Peter Doocey’s questioning of this to Jen Psaki as “clashing.”

The White House said OUT LOUD that they were working directly with social media platforms in order to shut down what they define as misinformation regarding Covid and vaccines. Facebook was specifically called out by Jen Psaki and the Administration.

Then Grandpa Joe gets into the mix.

President Biden on Friday unleashed a forceful new attack against social media companies for allowing the spread of misinformation about coronavirus vaccines, explicitly blaming them for the deaths of many Americans of covid-19.

Biden’s comments marked a far more combative tone than he had taken previously on the pandemic and came a day after Surgeon General Vivek H. Murthy issued a broader warning against health misinformation, saying that tech companies were partially responsible for the falsehoods spreading online and causing large numbers of Americans to avoid getting vaccinated.

Not very long ago it was completely fine with Democrats that Facebook and Twitter could ban people at will. Private companies don’t you know! But NOW when it’s the virus, Democrats want to have their way and have social media willingly engage in censorship. Censorship directed by and defined by the Biden Administration.

But now, Grandpa Joe specifically targeted Facebook for not being fast enough with those censor banning buttons. Will he go after CNN for last night’s misinformation regarding the Delta variant and kids? Probably not.

Facebook said: “We will not be distracted by accusations which aren’t supported by the facts.

“The fact is that more than 2 billion people have viewed authoritative information about COVID-19 and vaccines on Facebook, which is more than any other place on the internet.

“More than 3.3 million Americans have also used our vaccine finder tool to find out where and how to get a vaccine. The facts show that Facebook is helping save lives. Period,” the statement said.

Yes, I’d say that the executives at Facebook are just a wee bit ticked off.

+ The President of the United States has accused the world’s most powerful social media network of “killing people” by not doing enough to combat misinformation.

+ The company has responded by accusing the president of missing vaccine goals & passing the buck.

Our government should not be engaged in active censorship of ANY kind, virus or no virus. Clear-headed, rational thinking people realize that this virus that China unleashed on the world is here to stay. We realize that, just as with the flu, there are and will be variants. However, it is ALSO irresponsible of the CDC and others to blame the uptick in cases solely upon the unvaccinated.

During a White House briefing, Rochelle Walensky, director of the Centers for Disease Control and Prevention, said the seven-day average of coronavirus infections soared nearly 70 percent in just one week, to about 26,300 cases a day. The seven-day average for hospitalizations has increased, too, climbing about 36 percent from the previous seven-day period, she said.

“There is a clear message that is coming through: This is becoming a pandemic of the unvaccinated,” Walensky said. “We are seeing outbreaks of cases in parts of the country that have low vaccination coverage because unvaccinated people are at risk, and communities that are fully vaccinated are generally faring well.”

There are people I know in the hospital right now with the virus. They were vaccinated. Turns out the vaccinations and the meds they are on for key health issues (autoimmune diseases being one) render the vaccines useless. I also know folks in senior facilities who are getting the new variant and every single person who lives and works there is…vaccinated.

But the Biden Administration is engaged in censorship and public shaming of those who haven’t gotten vaccinated yet. Which does include kids 12 and under – even though the CDC says don’t vaccinate them yet!

The mixed messages from the Biden Administration have contributed to vaccine hesitancy across the country. Furthermore, when they are pushing for people to get vaccinated while at the same time we see multiple vaccine sites being shut down, is it any wonder there is a lack of trust?

All of this goes back to 2016. These people believe in their bones that Trump was only elected because of “misinformation”. Their solution is to rig the platforms instead of ask why so many millions lost trust in all our institutions in the first place https://t.co/2HMudG7EN3

But now, after Joe Biden’s irresponsible remarks, Facebook is fighting back.

I wouldn’t cross the street to piss on Zuckerburg if he was on fire, but “Bidenworld” can take this Ministry of Truth crap and shove it. They’ve got no business telling any citizen what they can or can’t say or publish.

And if you sneer at that “journalists,” look in the mirror.

Hope everyone has enough popcorn. It may get a little sporty around here!