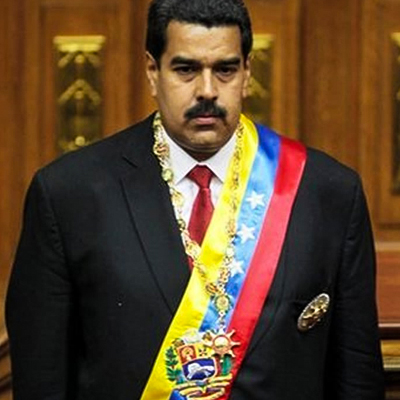 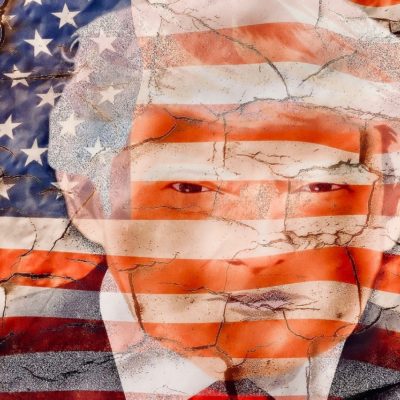 Next post
Colorado Legislature Wants To Game The Electoral College Because Trump!

by Marta Hernandez in politics 21 Comments

The more I read about freshman Congresswoman Ilhan Omar, the more I’m convinced that this woman is not just dangerous, but evil. Pure, unadulterated evil. It’s not because she’s Muslim, and it’s not because she wears a head covering. She could wear a decapitated raccoon on her head, and it wouldn’t make a lick of difference to me – to each his or her own, as they say. Her Marxist views are nothing shocking either, especially given the fact that she was elected by the most liberal district in Minnesota. Today’s Democrats are more ignorant than ever, embracing socialism, while shunning the capitalist system that has given them the most privileged existence in the world.

No, what makes Ilhan Omar evil is the fact that she’s a virulent anti-Semite and terrorist supporter. That’s right. I said it. She is an extremist. She supports hatred and bigotry, she backs Islamic extremism, and she obsequiously licks the hairy asshole of HAMAS and ISIS. You find evil in this world, and this moonbatty snatch supports it.

At a time when the world intentionally turned its back on Venezuela’s socialist dictator Nicolas Maduro – the tyrannical, corrupt autocrat who guzzled the spunk of socialist nutjob Hugo Chavez on his rise from bus driver in Caracas to dictator of a nation once known for its lush landscape and booming economy – Omar has decided to back that festering sore on the ass of humanity.

A US backed coup in Venezuela is not a solution to the dire issues they face. Trump’s efforts to install a far right opposition will only incite violence and further destabilize the region. We must support Mexico, Uruguay & the Vatican’s efforts to facilitate a peaceful dialogue.

Far right opposition. That’s what that fetid, ignorant twunt calls Venezuela’s opposition leader Juan Guaido. Guaido is a member of the centrist social-democratic Popular Will party – hardly “far right.” But apparently to Omar, anyone who is not directly on par with murderous Marxist dictators is “far right.” Omar won’t be happy until there is misery across the board, until there are privations for everyone, until there are power, food, and medicine shortages, and until government troops start murdering dissenters.

US backed coup. For someone who supposedly has a degree in political science, Omar’s ignorance is staggering, much like her buddy Occasional-Cortex who admitted to knowing exactly jack and shit about geopolitics, even though she ostensibly has a degree in international studies.

Most opposition parties boycotted Maduro’s second election in May 2018.

Many opposition candidates had been barred from running while others had been jailed or had fled the country for fear of being imprisoned and the opposition parties argued that the poll would be neither free nor fair.

The world rightfully turned its back on Maduro. His strongarm tactics and corruption are legendary, and it was high time we took a stand against this murderous thug. At least a dozen were killed in current protests by Maduro-controlled savages, and scores were killed in previous years. Maduro and his corrupt cronies had been bleeding Venezuela’s state-owned oil company PDVSA dry for years and using the US financial system to launder the proceeds. Enough is enough.

The citizens of Venezuela have suffered for too long at the hands of the illegitimate Maduro regime. Today, I have officially recognized the President of the Venezuelan National Assembly, Juan Guaido, as the Interim President of Venezuela. https://t.co/WItWPiG9jK

But fraudulent elections are apparently just fine in the eyes of Ilhan Omar. Murderous dictators who got themselves elected through corruption and fraud are good as well. It certainly gives her the opportunity to blame the very nation that gave her and her family refuge, that opened its doors and provided opportunities to her, that gave her the opportunity to go to college and represent her district in the US House of Representatives for being responsible for a “coup” in Venezuela – as if Maduro was somehow legitimately elected, and as if he hasn’t been using violence and corruption to quash political opposition.

But if you think that supporting socialist dictatorships is the pinnacle of Omar’s evil, you ain’t seen nothing yet.

Embattled congressional freshman Rep. Ilhan Omar, D-Minn., once asked a judge to show leniency toward a group of Minnesota men accused of trying to join the Islamic State terror group.

“The best deterrent to fanaticism is a system of compassion,” she wrote at the time. “We must alter our attitude and approach; if we truly want to effect change, we should refocus our efforts on inclusion and rehabilitation.”

The nine Minnesota men were facing decades in prison after being accused in 2015 of making plans, including buying fake passports, in an effort to travel to Syria and fight for ISIS, which was at its peak level of activity and held territory in Syria and Iraq.

The woman who wants to destroy the “evil” that she claims is Israel – our closest ally in the wildly unstable Middle East – by boycotting, divesting our financial interests, and imposing sanctions in order to ruin the tiny country, and propagates twisted, anti-Semitic hatred on her social media, thinks we should coddle terrorists, rather than put them down like the rabid dogs they are.

To be sure, the group of extremists had planned to leave the US and travel to Syria to fight on behalf of ISIS.

A jury convicted Omar, Farah and Daud in June of conspiring to provide material support to a foreign terrorist organization and conspiracy to commit murder outside the U.S. Prosecutors said the plot involved of a group of friends in the state’s large Somali community who inspired each other to join the militant group. Some of their friends made it to Syria, but the nine who were caught did not.

Six other defendants, who pleaded guilty instead of going to trial, were sentenced Monday and Tuesday to terms ranging from time served to 15 years, with long terms of supervised release for all. The two who cooperated with federal investigators got the lightest sentences.

These are the murderous savages who Omar claimed needed “rehabilitation,” and “inclusion” rather than actual justice.

Rehabilitation and inclusion? The leader of the group Guled Omar came to the US when he was a toddler – two years old. He grew up in this country. He had every opportunity to be an American and to integrate into our culture – to go to school, to make friends, and to have a normal life. But instead, he decided to join ISIS – much like his older brother before him left America to join ISIS-linked terrorist group al-Shabaab. But instead of assimilating into our society, Omar started using drugs in high school, and ultimately became fascinated with violence.

Denmark has a successful reintegration program for foreign fighters who are returning from Syria and Iraq. The “Aarhus model,” as it’s called, integrates deradicalization programs, counseling, and job placement for returning ISIS terrorists with police monitoring and engagement.

How long before Ilhan Omar and other leftist grievance mongers start screeching about “unfair targeting of Muslims” and “profiling” by the racist “police state” if the US ever implemented the Aarhus model here?

She wants leniency for actual terrorists while screeching about those eeeeeevil jooos on Twitter for wanting to defend their borders from Paleswinian terrorists backed by the likes of HAMAS, Iran, and Hizballah.

Them eeeeeevil jooos deserve to have HAMAS and other terrorist scum take their land away by force and kill their people.

She claims she just didn’t know that her tweet about Israel “hypnotizing” the world was somehow insulting to Jewish people. It was ignorance, she claims. It wasn’t. It was six years of unrepentant bigotry until she began to get media attention and folks started digging into her past.

Note that when she is asked about what she would do about the rise of anti-Semitism, she quickly turns her answer to “Islamophobia” and tries to evoke sympathy for herself and her poor fellow Muslims after the September 11th attacks, as well as lies about her support for the BDS movement.

Let’s face it. Omar is a problem. She is a problem that was elected by the very same types of people who claim those who elected Rep. Steve King to Congress must be repugnant racists, even as they turn a blind eye to the bigoted and hateful, terrorist-coddling, murder-embracing slime they sent to Washington to represent them. And while the Democrats in Congress cheer the move to reprimand Steve King, they put Omar – an unabashed bigot and supporter of murderous regimes and Muslim extremists – on the House Foreign Affairs Committee.

Ilhan Omar is evil. She’s not ignorant. She’s a depraved, morally reprehensible malignancy. And she is infesting Minnesota’s 5th District Congressional seat in the House of Representatives.