Egg On The Faces Of Liberals At LSU-Alabama Game 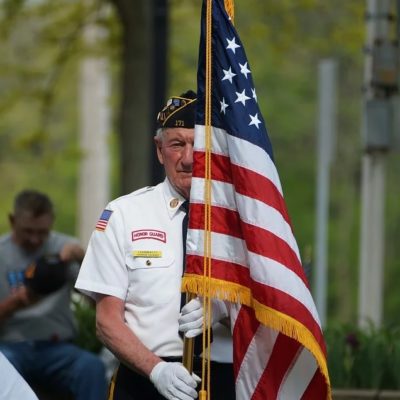 Next post
Honoring Our Veterans: The Anthem Veterans Memorial

Egg On The Faces Of Liberals At LSU-Alabama Game 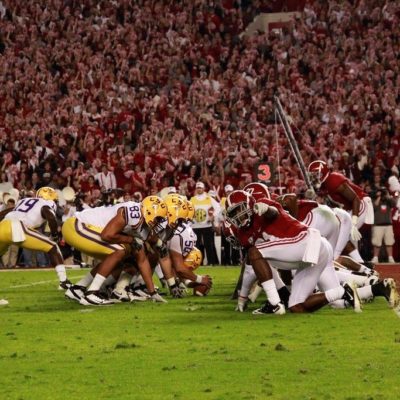 by Lisa Carr in media 4 Comments

President Trump was greeted to a standing crowd and cheers at yesterday’s LSU-Alabama game. Local media outlets, CNN and MSNBC have egg on their faces.

Do we find this amusing? You bet we do. Especially after the disgusting performance of many a fan at the Washington Nationals Game a week or so back.

Despite the rather favorable reception the President and the First Lady received at the game, CNN took it upon themselves to ask random fans how they felt about the impeachment inquiry. Hint: this did not go as well as planned.

Not staged at all, CNN. Yep. Go ahead and ask the African-American man what he thinks about impeachment hearings. Not the response you guys quite expected there, was it?

Then, there was this:

MSNBC REPORTER: “What [Trump] policies stand out to you?”

ALABAMA STUDENT: “Just mainly the no nonsense policies and especially since Jeffrey Epstein didn’t kill himself.”

There was a bit of violent protest just outside of the stadium. The Baby Trump balloon got knifed, with the motive of the attacker not known:

At about 2:30 p.m. ET, before the kickoff between Alabama and Louisiana State, an unknown man came up to the balloon and stabbed it, according to Nic Gulas, one of the people who organized the ‘”Baby Trump’ balloon appearance at the game. The balloon deflated after the gash, Gulas said.-CNN

Gulas, apparently, organized a GoFundMe account where he raised about $7,882 to bring ‘Baby Trump’ to the location for the event. Yes, people donated $7,000-plus for a 20-foot protest balloon to be on display. That’s $7,000 that could have gone to local organizations to help the marginalized in that community. That’s almost 8 grand that could feed some hungry people. ‘Baby Trump” assailant, Hoyt Hutchinson, 32, was charged with felony first-degree criminal mischief. Heck, even this man had enough.

If there is anything that liberals and the media could take away from yesterday’s events, I would say that, if they were using their brains, it would be apparent some Americans are getting pretty fatigued of the race- baiting, the constant distractions and the sheer pettiness of the left and the media outlets whose goal over the past few years has been to distract and spin a tangled web of lies. In truth, from November 2016 on, Donald Trump was not given a chance by the liberal media, by “journalists” and individuals who could not get over their own heartbreak after Barack Obama left the office.

What this shows us is that this fight is not over yet. People are waking up and connecting the dots and honestly, the democrats and the liberal media are doing this to themselves. They’re tired of the bias and the lies. Is Trump the perfect president? Not really. But he is the President. And there is nothing wrong with standing and applauding our President at an all-American outing such as a college football game.

The irony here? A balloon depicting Trump as a big baby was brought down to the venue by a bunch of big babies who raised $8,000 to act like…big babies. And, our two favorite news outlets, CNN and MSNBC had their line of questioning backfire on them. Hard. Egg on their faces. Isn’t it delicious?