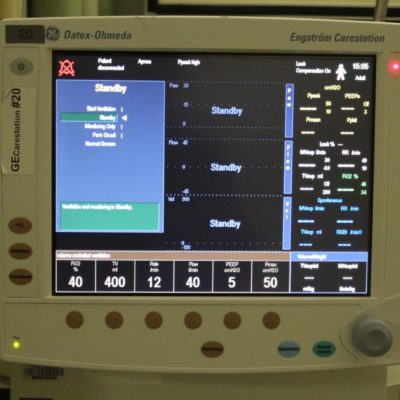 After determination that our current Coronavirus situation is “too urgent” for negotiations with GM, President Trump decided to invoke the DPA, ordering GM to prioritize Federal contracts for ventilators.

Today, I signed a Presidential Memorandum directing the Secretary of Health and Human Services to use any and all authority available under the Defense Production Act to require General Motors to accept, perform, and prioritize Federal contracts for ventilators.-President Donald Trump

With the activation of DPA, GM will produce ventilators at a plant in Kokomo, Indiana and will also be converting their Warren, Michigan plant to take on the production of masks.

If you read The New York Times, Trump went back on the deal the government had with GM to retool the Kokomo plant for the production of Ventec Life Systems ventilators. The proposed deal would have cost the government $1 billion dollars. This, of course, was impetus for Trump to troll GM:

As usual with “this” General Motors, things just never seem to work out. They said they were going to give us 40,000 much needed Ventilators, “very quickly”. Now they are saying it will only be 6000, in late April, and they want top dollar. Always a mess with Mary B. Invoke “P”.

Did Trump have a bit of a temper tantrum on Twitter yesterday? Yes. Yes he did. But he wasn’t the only one who had a fit, yesterday.

Shameful, she says. But Alexandra Ocasio-Cortez fought for windmills and millions in funding to The Kennedy Center in the bill that passed. (What happened to David Rubenstein’s $50 million-dollar donation in 2014?) This little hissy fit on the floor comes months after she chased Amazon out of the neighborhood, killing job opportunities. Now, she cares about the people of Elmhurst-the 13 dead. AOC throws an epic fit complete with her arms flapping up and down on the floor. If she didn’t hate airplanes so much, we would think she was trying to get airborne. All of this also comes after she and her squad advocated for open borders. Imagine if we let the caravans in?

AOC and Nancy Pelosi and the Democrats fought for the American people over the past few days. They want you to know that. Trump’s hand in activating DPA has nothing to do with the fact that we’re short on supplies like ventilators and GM was trying to play things to their advantage…being part of the problem of corporate greed that they like to poo-poo in their case for socialism, of course not.

According to the media and the media minions, Trump was stalling on the production of these ventilators and GM was willing to do whatever it takes to get these ventilators to the hospitals and the people who need them. The media have been playing it like this: Trump announcing the deal with GM, then reneging on the deal with GM and then invoking DPA because he had a mass temper tantrum. They neglect to mention the $50 billion-dollar taxpayer bailout to GM under the Obama administration in 2009-a bailout that resulted an $11.2 billion-dollar loss and cost thousands of American workers their jobs. GM was in fact, saved by the government and they now got caught trying to rip off the government and hold innocent lives at stake. That is shameful. And yes, Mary Barra, CEO of General Motors, who moved jobs out of the United States, yes, even to China, should be called out on the carpet for this.

Liberals melted down over Trump’s GM tweets yet again. They even went as far to say that invocation of the DPA was too little too late and he should have done this days ago. Uh, wait. Trump should have done this MONTHS ago. Trump not doing this days ago had absolutely nothing to do with Mary Barra and GM twiddling their thumbs in the hopes of extorting more money from the government for the production of these ventilators to save innocent lives, did it? Of course not! I mean, dow dare Trump attack GM CEO, Mary Barra, a woman CEO?! “If Mary were Marty, they would be out golfing,” said one member of the zombie apocalypse. No, Mary Barra is no victim here, chief. Mary Barra takes home a salary $21.96 million-give or take a few dollars here and there. It may be time for another Chanel necklace, Ms. Barra. But, not until you make the damn ventilators!