Donald Trump Gets Blasted by Romney; The Donald Doubles Down

Donald Trump Gets Blasted by Romney; The Donald Doubles Down

Fireworks were exploding over American skies last night to commemorate Independence Day, but the explosions were not limited to the heavens. They were detonating among Republican presidential candidates and a former candidate as well. Ground zero for the blasts centered on none other than Donald Trump.

Trump is standing by his statements made about Mexican criminals illegally flooding the southern borders, especially in the aftermath of the killing of a woman in the sanctuary city of San Francisco, allegedly by an illegal Mexican immigrant previously deported five times. Trump has since lost business from Macy’s, Univision, NBC, and now NASCAR, and in response said, “I didn’t know it was going to be this severe. I am a whipping post.”

“Trump’s comments are not just offensive and inaccurate, but also divisive. Our next president needs to be someone who brings Americans together – not someone who continues to divide. Our broken immigration system is something that needs to be solved, and comments like this move us further from – not closer to – a solution. We need leaders who offer serious solutions to secure our border and fix our broken immigration system.”

“Trump is wrong on this. He’s doing this. He’s not a stupid guy. Don’t think he thinks every Mexican crossing the border is a rapist. He’s doing this to inflame and incite and to draw attention, which seems to be his organizing principle of his campaign.” 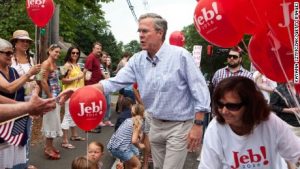 Trump, naturally, fired back at Bush, issuing a statement to Breitbart. It concludes:

“Jeb will never be able to secure our border, negotiate good trade deals, strengthen our military or care for our veterans. The biggest difference between Jeb and me on the border is that I believe in securing our border by building a wall, which will protect our safety, economy and national security. This is a vital step in Making America Great Again!”

The comments from Rubio and Bush are particularly interesting, considering that Rubio and New Jersey governor and candidate Chris Christie were hosted by Mitt and Ann Romney for what has been dubbed a “sleepover” at the Romney retreat in New Hampshire from Friday to Saturday. Later this week, the Romneys will be meeting with Jeb Bush at the Bush family compound in Kennebunkport, Maine. 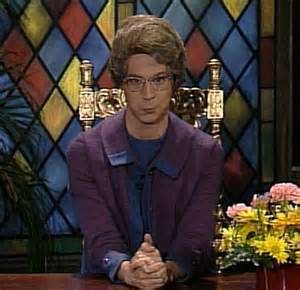 One bold candidate who was not invited to meet with Romney was Texas Senator Ted Cruz, who last week stood up for Donald Trump’s statements about illegal Mexicans. I rather doubt he will be invited to kiss the Romney Ring anytime soon.

The support from the Senator is particularly interesting — and gracious — considering that just a few short months ago Donald Trump went “birther” on Ted Cruz, questioning his eligibility to run for the Presidency (yes, he is eligible).

Stay tuned, folks. The July 4th fireworks may be over, but the fireworks amidst the Republican field are just starting.