Next post
WaPo: Overturning Roe Is A 9/11-Style Attack 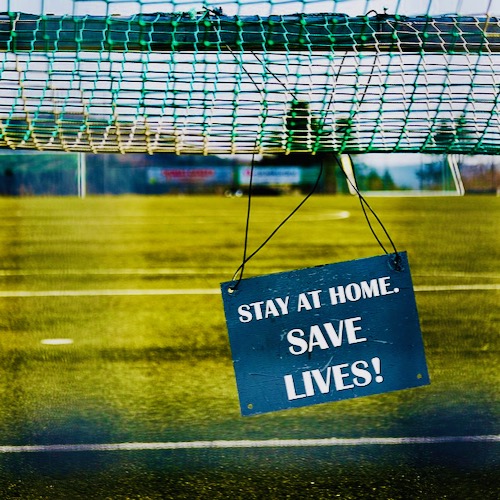 Buffalo NY is reeling right now after an 18 year old drove in from miles away and proceeded to kill ten people and injure several others. As we ask why, one thing I’m not seeing is the following question: What impact did the lockdowns have on this shooter’s decision?

Here is information regarding the horrific situation.

Ten people were killed and three others wounded in a “racially motivated” mass shooting Saturday, by a young man in military-style gear who was toting an assault rifle, and livestreaming the mayhem at a Buffalo supermarket, authorities said.

The shooting began in the supermarket parking lot and continued in the store, before he was taken into custody by Buffalo police.

“This was pure evil. It was a straight-up racially motivated hate crime from somebody outside of our community, outside of the City of Good neighbors … coming into our community and trying to inflict that evil upon us,” Erie County Sheriff John Garcia said at a press conference.

The FBI was investigating the incident as both “a hate crime and a case of racially-motivated violent extremism,” Special Agent Stephen Belongia said.

Now we have Democrats once again leaping onto the ‘ban all guns!’ bandwagon.

“My prayers are with the victims of this racially motivated act of violence and my heart goes out to the victims’ loved ones, our emergency personnel and the entire Buffalo community. Racism, prejudice and hatred have no place in our state or our country,” Sen. Kristen Gillibrand (D-N.Y.) tweeted.
“I pledge to the people of New York that I will continue to fight my hardest to pass commonsense gun safety measures and to confront and defeat the scourge of white supremacy.”

Yes, Rick Wilson IS being flippant and crude.

The Buffalo killer’s manifesto reads like a job application for a junior producer on Tucker Carlson.

And no, I’m not being flippant.

Here’s a question that should be asked. Did the Covid lockdowns contribute to this young EIGHTEEN year old making that decision? A decision that involved planning, and driving for however many miles from home to go shoot multiple people in a grocery store?

This person is eighteen years old right now. What happened TWO years ago? Can we say Covid LOCKDOWNS?? Why yes we can. When schools shut down, what was the quality of life for this young man? Did he lose out on potential scholarships? Did he, like all other high school students, have prom disappear? Sports canceled? It very well could be some or all of the above, or more. What about his family life? Were his parents struggling to make ends meet during the shutdown or were they all in on major screen time in order to keep their jobs and therefore a roof over their heads?

Harvard just published a major study discussing something we here at Victory Girls have been sounding the alarm on since May 2020. The lockdowns and school shutdowns are more harmful than Covid. Period. Full. Stop.

‘I am not overstating the rhetoric in these areas, where a mix of political conformity, social pressure and exaggeration of risk of Covid-19 to children created a fear spiral and bureaucratic inertia that has lost schools more than 1 million enrollees and counting.’ @mkhammer

Then 60 Minutes got into the issue last week with their reporting.

Make no mistake, the shooter’s actions are 100% inexcusable. However, we DO have to consider what drove him to take this drastic action. Currently people in China are in their 54th day of lockdowns. We here in the U.S. are fortunate that we didn’t and don’t have to deal with that horror tale.

But again, the shooter’s family life and any impact of the lockdowns on him and his family MUST be considered as to who/what/where/how/why the shooter chose the path he did.