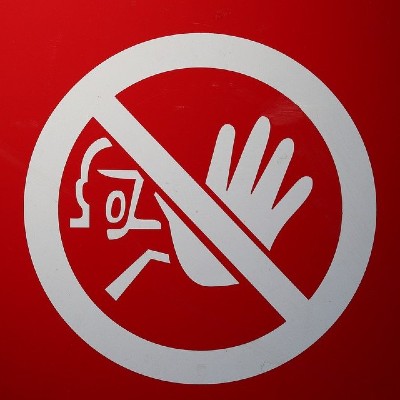 Welcome to the next phase in media censorship. LifeSite, a Catholic, pro-life page that had an active YouTube channel, has now been completely removed from the video platform.

The channel had been temporarily suspended back in November when it was flagged via YouTube’s “strike” system. The crime? Posting public comments made by a Canadian doctor about masking during COVID-19.

The offending video was nothing more than an audio presentation of comments made originally by Dr. Roger Hodkinson, a distinguished medical doctor and medical director of Western Medical Assessments. Hodkinson is the former chairman of the Royal College of Physicians of Canada Examination Committee and Pathology in Ottawa.”

Along those lines, I fully expect that YouTube will be pulling off all of Dr. Anthony Fauci’s comments from before about not needing to wear a mask.

Any time now, YouTube. After all, we now know that Fauci straight up lied to the general public in order to make sure that masks and other PPE would be available for medical professionals, and now the doctor is suggesting TWO masks. This clearly means Dr. Fauci was engaged in “medical misinformation” and those old videos should be promptly removed, right?

Three strikes in the same 90-day period will result in your channel being permanently removed from YouTube. Also, note that each strike expires in 90 days from the time it’s issued and that deleting the content will not remove your strike.”

We don’t know what caused the final “strike,” but LifeSite announced today that their YouTube channel has been wiped right off the platform.

YouTube just completely removed the LifeSiteNews YouTube channel. This isn’t a temporary ban; every single one of our videos is completely gone.”

Thankfully, we have backups of all our videos, but this means hundreds of thousands of people have lost access to our truth-telling content.”

LifeSite, knowing that YouTube had the ability to remove them, has alternate channels on other video platforms, like Rumble. However, there is no denying that YouTube is the biggest fish in the pond. To be kicked off their platform reduces one’s reach dramatically. Pro-gun channels in particular have been demonitized, had “strikes” issued and videos removed for years now. And YouTube’s itchy finger on the delete button has been active for a while now, with no signs of stopping – and even if they get called out, YouTube is a private company. There are no guarantees.

This educational video has saved countless lives & spreads the TRUTH.@TeamYouTubepic.twitter.com/4JttKvNPry

Thank you everyone for speaking out.

Your voice makes a difference.

Today, it was LifeSite. Tomorrow, it could be Live Action. Or it could be Project Veritas. If it exists, and it challenges the left’s groupthink or preferred narrative, you had better believe that it is within YouTube’s sights.

YouTube’s Google overlords are probably not of the mind to deem this one channel’s content SO BAD that an entire platform outlet, like Rumble, must be eliminated, as in the case of Twitter and Parler. Yet. If we have learned anything over the past few months, it is that there is an unholy alliance between the left and Big Tech, and in order to control the flow of information, they will do whatever they can to make sure they are holding the levers of power.

This is why it is more important than ever before to put your money where your values are, and support the news sites that you care about by subscribing to their content. Subscription services are going to be one of the only ways to ensure that alternative, non-leftist-approved media will be able to survive in this current climate of censorship. Be prepared.