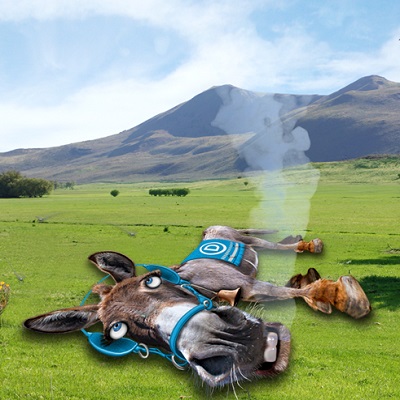 The Democrat’s self-directed firing squad has been forming for months. Now that the orange-haired guy is out of office and his mean tweets have stopped, Democrats realize they have a country to run. The Socialist policies being rammed through Congress are throwing gas on the current inferno known as the Unites States. The shots Democrats are firing at each other justify a good smirk. Who saw this coming?

Conservatives can be relieved that the 50-50 split in the Senate might be handy this during this summer’s Congressional work session. Normally Democrats would be rubbing their palms together at a 50-50 split and Republicans would be rubbing their foreheads. There is always a batch of turncoat Republicans that give the Democrats the scant few votes they need to ram their Socialist garbage through Congress. It’s the Romney-Murkowski-Collins bunch that make it hard to cheer for a 50-50 split.

Not this time. Democrats are doing it for Republicans, and it’s bliss to watch.

The media picked up on the crumbling of Democrat’s policies Monday after Sen. Joe Manchin of West Virginia broke rank and signaled he wouldn’t be supporting Democrats’ efforts to legalize all the methods of cheating used to place–not elect–Biden in office.

“’Voting and election reform that is done in a partisan manner will all but ensure partisan divisions continue to deepen,’ Sen. Joe Manchin of West Virginia wrote in a home-state newspaper…He wrote that failure to bring together both parties on voting legislation would ‘risk further dividing and destroying the republic we swore to protect and defend as elected officials.’”

More and more Socialist policies from the White House are dead on arrival to the Senate as more Democrats break ranks. With glee, look at the list of things that won’t be happening in Congress.

“Unless Democrats can acquire 10 Republican votes in the Senate, the two [gun control] measures are unlikely to obtain the 60 votes necessary to be signed into law.”

The House passed a policy brutality bill in March making it easier for officers to be sued, banning chokeholds, limit no-knock warrants, and a slew of other bad ideas. You’ll never guess what media had to say next.

“That bill has gone nowhere in the Senate, where the 50 Democrats will need support from at least 10 Republicans to overcome a bill-killing filibuster. GOP lawmakers have preferred more modest changes.”

Getting rid of the filibuster is always a great idea for the minority party when they can’t get their way. Senator Joe Manchin read his party’s mind and answered that question before his party had the chance to take a shot at him from within his camp’s firing squad,

“…Manchin, in announcing his opposition to the voting rights bill Sunday…also restated his refusal to end the filibuster — for now, denying his party a crucial vote needed to make the rules change that could help advance its agenda.”

As Democrats continue to take shots at their own party’s Socialist agenda the real sparks flew in the Democrat’s firing squad in, of all places, Guatemala.

Vice President Kamala Harris showed up in Guatemala to protestors holding up signs of passionate unwelcome to her and her Socialist agenda for her motorcade to wade through. The feeling seemed to be mutual when Kamala then took to the podium and proceeded to tell Guatemalans they weren’t welcome at the U.S. border.

Isn’t that racist? When Trump tried to tell Guatemalans they weren’t welcome, it was. Where is the media outrage for saying such racist remarks? That was not a rhetorical question either.

Before the motorcade had a chance to reroute Kamala’s path to avoid reading the truth, Alexandria Ocasio-Cortez took a shot from within the Democrat’s circular firing squad. She quickly took to Twitter, of course, and directed a few mean tweets to Kamala. Not for her racist statements that were almost identical to the orange haired guy who tweeted mean stuff. Nope, AOC was in a bunch because the United States contributed somehow to the destabilization of the region…and stuff.

It would be helpful if the US would finally acknowledge its contributions to destabilization and regime change in the region.

Other than knowing the disdain Alexandria had for Kamala’s racist speech, what kind of word salad was that?

Feel the glee knowing the media is helping the Democrats in their downward spiral by committing an act of journalism and reporting each time a Democrat breaks ranks. We saw it coming.