Previous post
Michelle Obama in Interview: If I Could Trade Places With Anyone, I Would Be Beyonce

#DefundPlannedParenthood: Will Republicans Shut Down Government Over PP?

Next post
#DefundPP: Media on the Left Continues to Mask Key Issues on Sales of Fetal Tissues and Organs

#DefundPlannedParenthood: Will Republicans Shut Down Government Over PP?

On Monday night a Senate bill designed to strip Planned Parenthood of $500 million dollars in federal funding failed; this despite the fact that four — and as of Tuesday morning, five — videos damning that organization as a baby parts chop shop have permeated the media for the past several weeks.

But guess what? Several of the Democrats who blocked the bill admitted that they hadn’t even seen the videos, or refused to answer a writer’s question about them. It was their Sgt. Schultz moment, writ large.

One Democrat senator who did admit to seeing the grisly videos was Claire McCaskill of Missouri. She admitted they were upsetting but said, “that’s not the point. The point is to prevent abortions by making sure that women can get birth control.” Right. Like Planned Parenthood is the only place to obtain contraceptives.

Another Democrat senator, Elizabeth Warren, took to the Senate floor and insulted Republicans who wanted to defund Planned Parenthood, asking them if they thought they were in the 1950’s.

Shame on you, Sen. Warren. No, we know we’re not in the 1950’s. We just don’t relish a return to the 1930’s, when eugenicist doctors in Germany like Julius Hallervorden extracted the brains of German children killed by the government for the crime of being disabled. Do you not see the similarities, between harvesting those children and harvesting the aborted pre born, Senator? 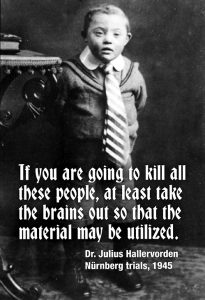 Abortion is the third rail of the Democrat Left. It’s an article of faith to them. After all, as feminist Florynce Kennedy said in 1973 in Ms. magazine, “If men could get pregnant, abortion would be a sacrament.”

But it’s not over yet, if various Republican candidates have their way.

Kelsey Harkness at The Daily Signal writes that Monday night’s vote was largely symbolic, testing to see if enough senators were onboard to link a defunding bill to a spending bill set for this fall. If the bill is not passed by October 1, the government will be shut down.

There are several Republican candidates who are onboard with this action.

First is the Big Dog in the room, Donald Trump. On Monday’s Hugh Hewitt’s radio program, Trump said that the Republicans should shut down government over Planned Parenthood funding.

Trump is joined by Senator Ted Cruz (R-TX), who is never one to mince words. Cruz said that Republicans must “use every tool available to stop funding what appears to be a criminal enterprise.”

Appearing on Fox News Channel’s “America’s Newsroom” on Tuesday, Sen. Rand Paul (R-KY) said that he’s always voted to defund Planned Parenthood and would continue to do so, adding:

“This is about taxpayer funding of a gruesome procedure, not just any old abortion, but a abortion of a fully formed baby, where the baby’s being manipulated and turned around to harvest the baby’s organs. I think it’s particularly horrific. And I really think everybody should have voted against funding for this. And I’ll continue to fight against this funding. There’s no reason in the world we have to fund Planned Parenthood at all. And we have doubled amount of money we put into women’s healthcare through government. And so, you know, it’s just an absurd argument to say that we needed Planned Parenthood. It’s only about abortion.”

Will enough Republicans in Congress have the cajones to shut down the government over Planned Parenthood funding? We are watching. Right now Speaker of the House John Boehner (R-OH) is going into a Barney Fife mode, saying that Congress needs to gets it “facts first” before defunding the organization. 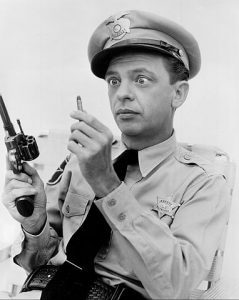 Have you seen the videos, Mr. Boehner? You claim to be pro life, sir. How about shedding some of your famous tears for the babies ripped to pieces and sold by Planned Parenthood, and work with courageous Republicans to defund that organization, even if it means shutting down the government?