Previous post
#DefundPlannedParenthood: Will Republicans Shut Down Government Over PP?

#DefundPP: Media on the Left Continues to Mask Key Issues on Sales of Fetal Tissues and Organs 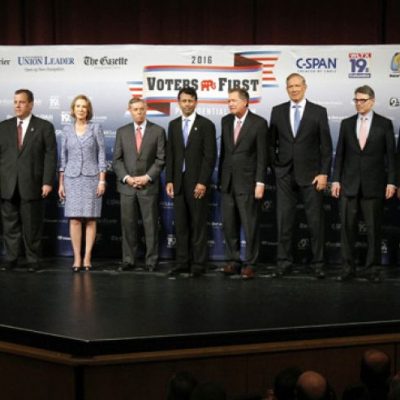 #DefundPP: Media on the Left Continues to Mask Key Issues on Sales of Fetal Tissues and Organs

Just yesterday, The Center for Medical Progress released the fifth in a series of undercover videos focusing on a Gulf Coast, Texas branch:

“If we alter our process and we are able to obtain intact fetal cadavers … it’s all just a matter of line items.”-Melissa Farrell

We’re talking line items here. Tissue and cadavers are line items. My guess is that these “line items” are part of an overall budget and somehow, I doubt that they account for losses in the center’s overall annual budget.

But somehow, outlets like MSNBC are still rallying to support Planned Parenthood masking the true issue behind the outrage:

“Something that I think is really important to note here, is that, this is a list of the roll call. In 1993 when the ban on fetal tissue research was lifted the Republican votes for it were plentiful. This was a bipartisan issue.” –Irin Carmon, MSNBC

In 1993? And was the sale of cadavers a bipartisan issue as well?

Meanwhile at Salon, they are singing the praises of Senator Elizabeth Warren who asked if the GOP “woke up in the 1950s or 1890s” and Huff Post is writing articles about the breakup of Kermit The Frog and Miss Piggy. Yes, we are serious.

The point here is that all of the above is noise. All background noise. Noise to prevent those who may otherwise have a rational bone in their body that we have gone mad. That something is fundamentally wrong and flawed in the Planned Parenthood system. Radio show host Glenn Beck sums it up perfectly:

“Who the hell have we become?”-Glenn Beck

We have heard talk of kidneys, livers, hearts, tissue and brains over glasses of Merlot. We have heard a doctor discuss how much she wants a Lamborghini. We have heard a lab worker cry out “Another Boy” over a pie plate of aborted baby organs. Now, we hear that these aborted children are “line items”. But yet, denial drones on:

We DO have choices. We are blessed beyond belief to live in a country where we can make these choices. We can be empowered and have our well-woman exams and mammograms elsewhere. (Unfortunately, it has become apparent that Planned Parenthood does not make its revenue from these types of procedures.) Women who are not ready to become mothers can exercise their right to choose birth control. We can choose not to look the other way in all of this. We can choose to view these aborted fetuses as human, as life and not as “line items”.