Next post
Warren Is Proof Feminism Is A Subsidiary of Left, Inc. 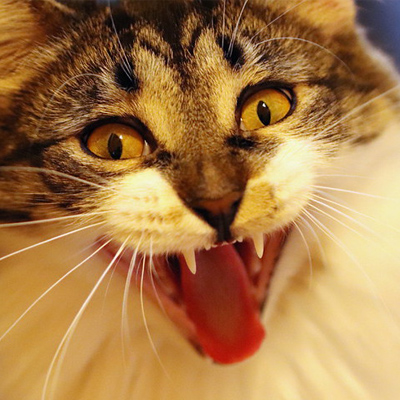 In case you had any suspicions, rest them now: MSNBC’s Rachel Maddow has lost her mind. So have CNN’s Don Lemon and Chris Cuomo. What drove them to their sad state? Why, Donald Trump, of course, has driven them to madness.

Exhibit A: On her Friday night program at MSNBC, Maddow ran through a laundry list of the people 45 has dismissed from his administration, the latest being acting Director of National Intelligence Joseph Maguire. Supposedly Trump fired Maguire because the director told him about Russia already meddling in the 2020 election. Of course, Maddow believes the allegations because in her world Evil Orange Man is evil. There can be no other explanation. Trump could rescue puppies from a river and she’d still find something nefarious about it.

But she cranked her outrage level up to 11 when she warned that “dark days are coming.” No make that dark days are here! And it’s time for heroism, folks!

“You know, who might have thought that heroic thing for us to do as citizens if our country ever took these turns would be to sound the alarm, to articulate what’s wrong with the direction our country is taking and to warn people about where it’s heading. For those of us who thought that would be the kind of heroism called for, we were wrong. Because at least now that’s no longer the form of heroism that we need. . . . That is not a warning. That is where we are. And so what do we do?”

Not the “form of heroism we need?” “And so what do we do?” What is Maddow suggesting here, hmm?

Exhibit B: Over at CNN, Don Lemon and Chris Cuomo compared Trump’s firing of Maguire to something Lord Voldemort would do — Voldemort, a fictitious character from the Harry Potter books. As Cuomo said:

“But I mean, these loyalty tests, this is like straight out of Voldemort’s book. You know, they’re going around: ‘Are you with us or not.’ You know, it’s not supposed to be about that.”

Don Lemon solemnly agreed, and dredged out that famous poem by Pastor Martin Niemöller. Which Lemon couldn’t even remember accurately, calling it “the thing.”

Let’s review “the thing,” shall we, as well as the man who wrote the poem, which reads in part:

“First they came for the socialists, and I did not speak out because I was not a socialist. . .

“Then they came for the Jews, and I did not speak out because I was not a Jew.”

“Then they came for me, and there was no one left for me.”

Pastor Martin Niemöller, who wrote those words after World War II, spent seven years in a concentration camp for his opposition to the Nazi government in Germany. Which of course, Lemon and Cuomo won’t ever experience. Nor do they have the even a mere fraction of Pastor Niemöller’s courage. But once again, Evil Orange Man is Evil.

What do these people think is going on in the Trump administration? Political purges? Is this another Night of the Long Knives? A redux of Stalin’s Great Purge? Or even a repeat of Mao’s Cultural Revolution?

These people are loco. Looney tunes. Falling into madness. And are legends in their own minds, thinking that they’re Paul Reveres warning good citizens that the Orange Man is coming for. . . . oh, I don’t know. Do you feel threatened? I sure don’t.

But…but… Joseph Maguire! Trump fired him. Because he knows things!

Gowdy said this on Fox News:

“My sources on the Hill tell me he was not upset with Maguire, that this was a move that was coming anyway.”

Indeed. Let’s remember that Joseph Maguire was only acting Director of National Intelligence. By law, he was supposed to be out by March 11 anyway, and could continue in his post only if the Senate confirmed him. And you remember what has happened with recent Senate confirmations, don’t you? Does Justice Brett Kavanaugh ring a bell?

Instead, Trump tagged US Ambassador to Germany Rick Grenell, who is already Senate-appointed.

But…but…Grenell is a Trump loyalist! say media detractors. Hold on — Grenell is also openly gay. What’s their problem — unless they’re, you know, homophobic or something. So media, why do you hate gay people?

Let’s pity Rachel Maddow and company as they fall deeper into the depths of madness. After all, as the saying goes, “A mind is a terrible thing to waste,” right?