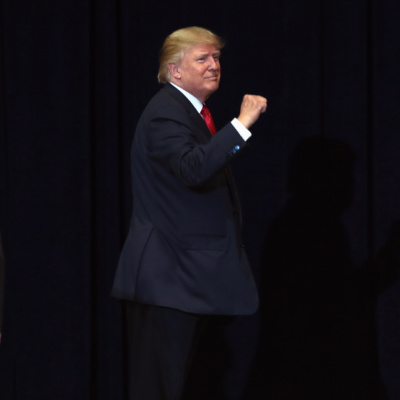 Impeachment 2.0 is thankfully over. The Senate voted 57 to 43 to convict President Donald John Trump. Fortunately, they were ten votes short of the two-thirds majority needed to convict. Seven cowardly Republicans bent over and asked for a spanking from the Democrats. They got what they asked for and we rank and file Republicans won’t forget.

Before lunch, it looked like this Impeach-a-palooza was going to continue on for months. Blessedly, once the Democrats realized the can of worms they opened with asking to call witnesses, they decided that having Nancy Pelosi testify on why she turned down troops to help harden the Capitol was a non-starter.

Of course, after the vote was over the Democrat House Managers held a press conference to kvetch. Nancy Pelosi tottered into the presser to blame the Republican Senators for her own failure:

.@SpeakerPelosi unexpectedly shows up at House impeachment managers' presser to deride GOP senators as "cowardly" and mock Mitch McConnell's impassioned speech against Trump in the wake of his actions to protect him from impeachment while in office.

Raise your hand if you would have liked to be the one to tell Nancy that she lost again. Yeah, me too. And speaking of Mitch McConnell, here is his “impassioned speech”:

If you don’t want to listen to Mitch vent his spleen for 20 minutes, you can read Mediaite. Here is a taste:

“There’s no question — none — that President Trump is practically and morally responsible for provoking the events of the day. No question about it.” he continued. “The people who stormed this building believed they were acting on the wishes and instructions of their president. And having that belief was a foreseeable consequence of the growing crescendo of false statements, conspiracy theories, and reckless hyperbole which the defeated president kept shouting into the largest megaphone on planet Earth.”

While McConnell voted to acquit, in his post-acquittal melt-down, he insinuated that he hopes Trump will get taken to court as a private citizen. That’ll be healing, Mitch. Mitch McConnell cannot get over being Minority Leader. Call the Whaaambulance.

Richard Burr of North Carolina – He is not running for another term. So, North Carolina Republicans, may I suggest for your consideration, Chief of Staff for Trump and former Congressman Mark Meadows. We know he has a backbone. Beg him if you have to do so.

Bill Cassidy of Louisiana. I would suggest that John Kennedy, his fellow LA Senator, let him borrow some of his intestinal fortitude because Kennedy has more than enough. Cassidy explained his vote:

“Our Constitution and our country is more important than any one person. I voted to convict President Trump because he is guilty.”

Sure Cassidy. If that’s what you need to tell yourself. Now, ask Nancy and Mitch why they didn’t take Trump up on his offer of 10,000 troops?

Then, there is the quintet of cowardly Republicans that we can always count on bend over for the Democrats: Lisa Murkowski of Alaska, Susan Collins of Maine, Mitt Romney of Utah, Pat Toomey of Pennsylvania, and Ben Sasse of Nebraska.

As awful of a President as Barack Obama was, I thank God every darn day that he beat Mitt Romney like a rented mule. Romney and the other four consistently cowardly Republicans need to be primaried and road on a rail out of the Senate. They enjoy being in second place. If we want to save our Republic, and that’s growing iffier every hour, we cannot afford to have spineless lickspittles in our elected offices.

We need to primary Mitch McConnell also, because he is the serpent’s head of spineless Republicans. We need more people like Ted Cruz, Cynthia Lummis and Rand Paul. Look around the problem states and find more like them.

In the meantime, I leave you with a tweet from Kristy Swanson to give you hope on this Valentine’s Day Eve: