Next post
Protesters Move To #McKinney While Baltimore Is In Chaos 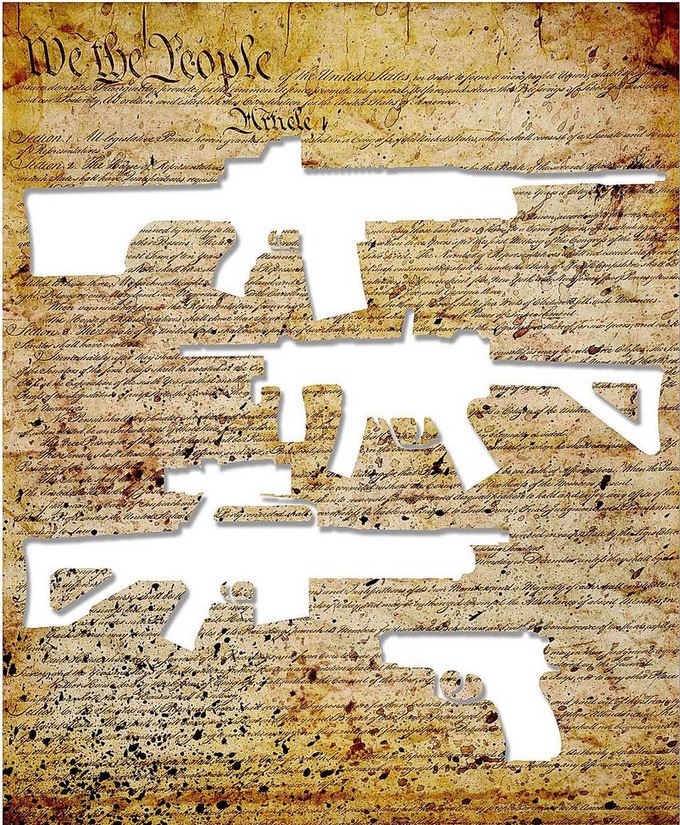 Last week, we sounded the alarm on the dozen-plus new gun regulations that the newly-minted Eric Holder in a Skirt, Loretta Lynch, plans to impose. No, not via our legislators voting yea or nay, but by Barack Obama’s preferred method in his New America: Dictate by Bureaucrat. But what we didn’t know at the time we penned the first Second Amendment warning was that not only will anyone who’s ever had a bout with a mental issue anytime in their past be forever banned from owning a firearm, His Highness and his Merry Minions at the State Department will be blatantly trampling all over our First Amendment rights, too. How? By decreeing that no one can engage, online, in language that contains any reference to firearm tech. Yes. Really. And it’s worse than we thought. From Breitbart:

Even as news reports have been highlighting the gun control provisions of the Administration’s “Unified Agenda” of regulatory objectives, the Obama State Department has been quietly moving ahead with a proposal that could censor online speech related to firearms.

How is that, you might ask? Well, by Regulation Twister™, of course.

The administration is reworking the International Traffic in Arms Regulations (ITAR). One of the many things regulated by ITAR are “technical data” tied to “defense articles.” This includes, but is not limited to, “detailed design, development, production or manufacturing information” about ammunition and firearms.

More specifically, this kind of “technical data” would be “blueprints, drawings, photographs, plans, instructions or documentation” related to ammunition and firearms.

While ITAR and its regulations have not been a concern in the past, as far as constraining or limiting “material posted on publicly available websites,” there are some within the current State Department arguing that “anything published online in a generally-accessible location has essentially been ‘exported,’” simply by virtue of being posted, and is therefore under the purview of ITAR.

Moreover, last week the State Department put forth a proposal “clarifying” how to handle releases containing “technical data” which are posted online or otherwise distributed into the “public domain.” Ultimately, the proposal would require those releasing “technical data” on ammunition or firearms to first seek government approval.

Yes. You read that right. We’d be required to ask permission from our Government Overseers on whether or not we could engage in our guaranteed First Amendment rights online.

Let that sink in…

You can read more on the regs in the link below. Note that the punishments for violating these regs are nothing short of big government abuse:

The penalty? 20 years in prison plus a $1 million fine for each violation. Each time that any foreign national accesses the data is considered a separate violation. This evidently could include access by illegal aliens within the U.S.

Accused persons would have to defend by proving the data was already in the public domain, which gets tricky because the regulation blocks information from becoming public.

The Obama administration has already grabbed hold of the Internet via unelected bureaucrats over at the FCC; now it’s chinking away at our online free speech along with it. Who woulda thunk it.

Not surprisingly, the NRA is ticked (hat tip Funnin Gunnin):

…The cumbersome and time-consuming process of obtaining such [government] authorizations, moreover, would make online communication about certain technical aspects of firearms and ammunition essentially impossible.

According to the NRA, that would include blogs and web forums discussing technical details of common guns and ammunition, the type of info gun owners and ammo reloaders trade all the time.

Newsflash to the Obama Regime: Speech dictates are just a wee bit unconstitutional. And it looks like our Congress Critters have noticed:

Once again the Republicans are governing dangerously by planning to offer a poison pill amendment that jeopardizes the safety of our law enforcement and first responders. Congress should be passing common-sense gun safety laws to save lives and keep our men and women in uniform safe – not caving to the reckless demands of the gun lobby.

Now if you’re one of those Thought Police-embracing, PC-loving Liberals, you might think, “Great! We shouldn’t be discussing firearm specs online. Guns are scary and evil and they shoot people! Yada yada yada.” Well, I’ve got news for you. Like the attacks on Pamela Geller who’s done nothing other than assert her First Amendment rights, this regulation unconstitutionally silences speech. And no one—not even Warm and Fuzzy Cupcakes like you—is immune to a muzzle. So I suggest you start speaking up, and stop assisting the freedom-hating DemoDespots who want to control speech, lest you lose that right, too. Because eventually you will. It’s what they do. And they’ll never stop.

One last suggestion: The tyrants over at the Department of State are pretending they’re all democratic or something, and offering us serfs the chance to weigh-in on whether or not we’d like our constitutional rights trashed. Public comments on the proposed changes to ITAR will be accepted until August 3, 2015. You may submit your comments at either:

You should include a subject line that your comments reference the ‘‘ITAR Amendment—Revisions to Definitions; Data Transmission and Storage.”

So get over there. Stat.